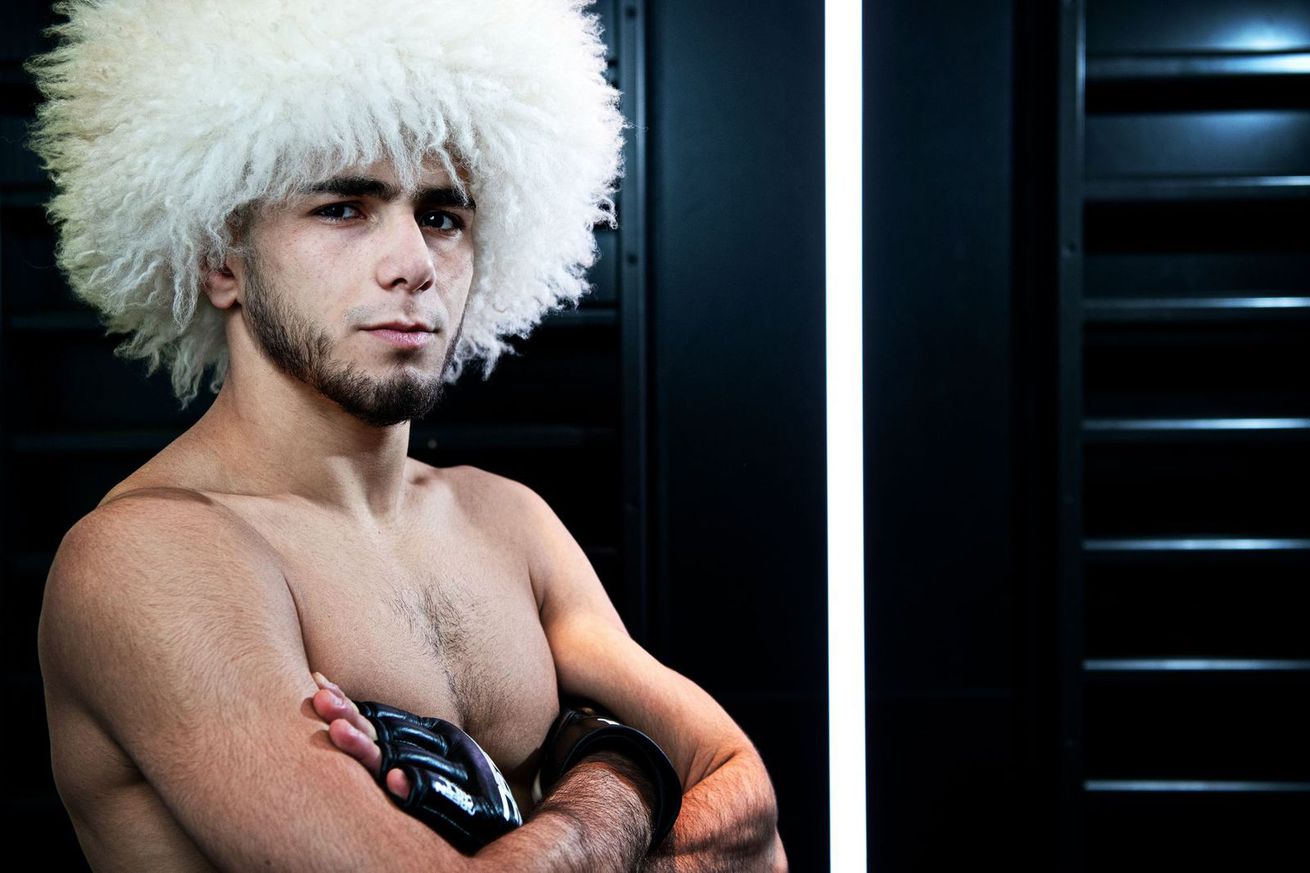 Wearing a traditional papakha before all his fights, Muhammad Mokaev, 20, bears a striking resemblance to Khabib Nurmagomedov. But his journey to MMA traveled a much different path than the UFC lightweight champion.

Originally born in Dagestan, Mokaev and his father fled their home following the death of his mother when he was just 12. After arriving in England, Mokaev didn’t speak the language, leading to conflicts with other local children. Fighting, though, could have jeopardized his family’s legal status in the country.

That’s what initially led him to wrestling as an alternative outlet, where he could vent his frustration, channeling a simmering anger inside of him toward something far more constructive.

“I started wrestling so I don’t get in trouble in the streets,” Mokaev explained when speaking to MMA Fighting. “I didn’t speak English, and I didn’t know English culture. So I didn’t want to put my energy into street fighting. I was waiting for my visa for refugee status, and I didn’t want this to affect my status so I could travel abroad and stuff.”

Competing in wrestling also allowed Mokaev to accomplish an even greater goal when it came to supporting his family.

“When I started winning wrestling tournaments, I wanted to make my father proud,” Mokaev said. “Somehow I had to make him proud. Education was hard for me because my English wasn’t the best at the time.

“I knew I wouldn’t go to Oxford or Cambridge, so I had to do something to make history. That’s why I train for this sport.”

Winning wrestling championships in England should have given Mokaev the opportunity to compete on even bigger circuits around Europe. Unfortunately, his inability to travel stopped him from participating.

When he saw previous opponents going on to win championships in those tournaments, Mokaev knew he was capable of facing and defeating the best wrestlers in the world. But he had to turn his attention to something else to fuel his competitive nature.

That’s when he began training in Brazilian jiu-jitsu, which was the last step he would take before deciding that MMA was in his future.

“Basically, I was winning British championships, junior, senior, cadet,” Mokaev said. “When I was a junior, I was winning seniors, so I wanted to challenge myself. Because it was easier for me. Then I couldn’t travel because of my status and the guys who I beat would go onto the European championships.

Rather than just take a couple of amateur fights before turning pro, Mokaev wanted to ensure that his MMA career was going to be successful, so he got as much experience as possible. Ultimately, he built an incredible 22-0 resume on the amateur circuit, mauling his opposition and setting the stage for his pro career.

“Amateur experience is something that takes you to another level,” Mokaev said. “If I know the guy [I was fighting] didn’t have so many amateur fights, he wouldn’t be as well rounded. He wouldn’t have this experience like traveling, getting ready for different events, different countries, medicals and making weight for every fight. This is a different level of experience.

“So when I had four or five fights in a week as an amateur, now I have one fight as a professional and I get to rest. Some people think it’s crazy to fight three times in two months.”

In August, Mokaev finally made his pro debut as part of BRAVE CF, and he dispatched his first opponent only to turn around for a second win just 21 days later. He was trying to land a fight in the first week of September, taking a stab at breaking a record for activity to start his career. But in the end, that particular show was cancelled.

Now Mokaev is scheduled to face another undefeated opponent in Jamie Kelly on Thursday with plans to compete at least one more time before 2020 is finished.

“Fans want to see a fighter active,” Mokaev said. “I was a fan back in the day of all the fighters who stayed busy so I want to stay busy as well.”

He was still a teenager when he inked the contract with BRAVE, which speaks to faith the promotion has in Mokaev to develop into a serious contender one day soon.

In his spare time, Mokaev is already getting attention for work outside the cage. In a recent viral video, he was seen grappling with boxing champion Amir Khan. Despite his young age, Mokaev is also adamant about setting an example for other fighters, especially those coming from small towns all over England.

“I was born in Dagestan, but I represent England,” Mokaev said. “Since the age of 12, the U.K. has helped me with everything. Obviously, I’ve done a lot of work myself, but the U.K. gave me a lot of opportunity.

“The people who support me, the British people, I have to give back to my community and to the younger generation.”

He may be preparing for just his third fight, but ambition flows through Mokaev like a seasoned professional. In fact, when BRAVE had a fighter fall out of their ongoing flyweight tournament, Mokaev quickly volunteered to take the spot in a matchup where he would have faced UFC veteran Zack Makovsky on a day’s notice.

Some might say that’s too much, too soon for such a young athlete. Mokaev would definitely disagree.

“You just have to be yourself and it’s about the character of the person. Long term, it’s to become champion.”