Pico, the highly touted prospect, is targeting a Nov. 12 return to the cage against John DeJesus at Bellator 251. A person with knowledge of the situation confirmed the news to MMA Junkie following an initial report from ESPN stated both sides have verbally agreed. The person requested anonymity since the promotion has yet to announce the bout, which will be contested at featherweight.

Bellator 251 will take place at Mohegan Sun Arena in Uncasville, Conn., with a main card that airs on CBS Sports Network following prelims on MMA Junkie.

On track once again, Bellator’s Aaron Pico motivated ‘to be a complete fighter’

After losing back-to-back fights in 2019 by knockout, Pico (6-3 MMA, 6-3 BMMA) has turned things around in 2020. His resurgence, which consists of knockout and submission wins over Daniel Carey and Chris Hatley, respectively, coincides with a move to Jackson Wink MMA. Pico, 24, began training at the famed Albuquerque, N.M., gym late last year after starting out with Team BodyShop in Southern California.

In DeJesus (13-8 MMA, 1-0 BMMA), Pico faces a fighter who’s won three in a row. That includes DeJesus’ Bellator debut in August at Bellator 244, a unanimous decision against Vladyslav Parubchenko.

With the addition, the Bellator 251 lineup includes:

Photos: Aaron Pico through the years 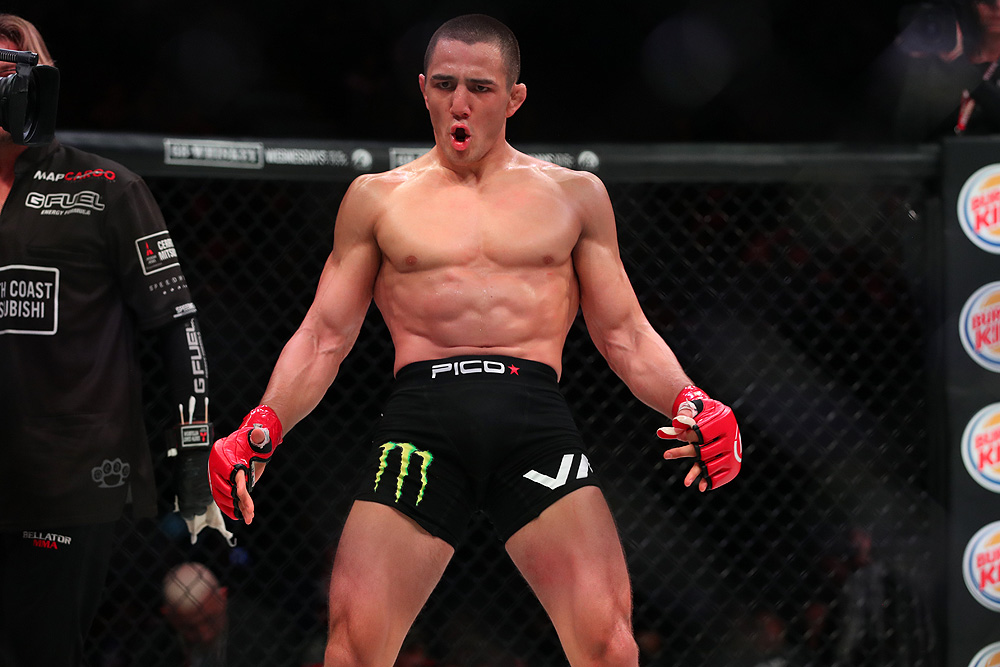