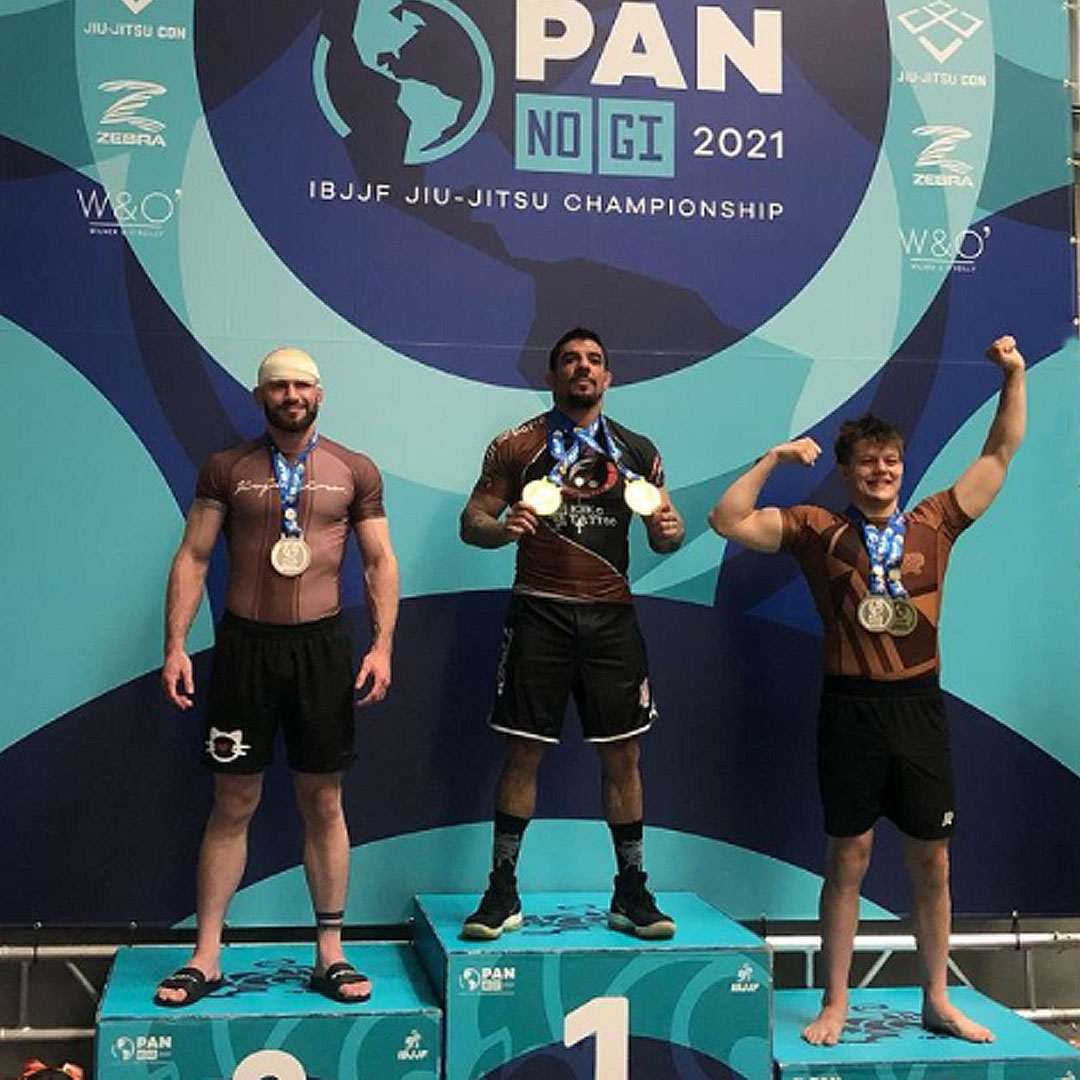 João Costa, 27, had to overcome the pain of a chest injury when he was still in his second fight in the absolute brown belt division of the No-Gi Pan, which wrapped up last weekend in Dallas, Texas. The student under Roberto Cyborg would go on to fight twice more in his pursuit of the gold.

“I strained the left side of my chest in the middle of the fight,” said the Campinas native in a recent interview. “It hurt, but I was coming off a sequence of four fights prior, due to having won the heavyweight division. I got much stronger mentally after overcoming this challenge, and in the following fights I won with tenacity, intelligence and disposition.”

João went on to say how it felt to defeat his rival Adam Bradley (Atos) for the second time, since this wasn’t even their first No-Gi Pan final together. “Due to the fact that I had fought the same opponent at the No-Gi Pan of last year, it was the fight that left the biggest mark on me, because I already knew my opponent and knew it would be a tough fight. The fact that he went on about it online also made me hungrier for the win. I don’t like this type of thing; I’ve always respected all my opponents, but with him it was a little different. Because of this rivalry, a very good energy was created during the fight, where everybody was yelling and getting very excited from both teams.”

Now a three-time champion of the IBJJF’s No-Gi Pan, João also revealed the strongest aspects of his game, which is honed alongside the elite athletes of Fight Sports in Miami, Florida. “I like trading takedowns standing up; I feel that my wrestling is currently very sharp,” he said, adding: “I like passing but if I need to play guard, I’m ready. People train very hard here, and I feel that I’m evolving with every session. I’m excited for the future.”

The time João has spent with Roberto Cyborg, as expected, has resulted in many lessons learned. “One of the most important lessons, certainly, was about mindset,” João said. “He is the strongest person, mentally, that I have ever met. This made all the difference in my career. The way of looking at life, the way of overcoming an injury… Many things. What’s done is done; there’s no point in crying about it. What’s important is to continue working however you can.”

João finished up by commenting on the rise in the popularity of no-gi Jiu-Jitsu seen in the past couple of years. On whether the no-gi side of the sport can become more popular than classical BJJ, he said, “I don’t think the gi is going to lose its shine, but for sure no-gi is soaring right now. The competitions are growing more and more, so yes, it’s a possibility.”