Juan Espino wants to make up for lost time.

The winner of Season 28 of “The Ultimate Fighter” is hoping to stay active now that he’s making a return to UFC competition. Espino (9-1 MMA, 1-0 UFC) fights Saturday against Jeff Hughes at UFC 253 in Abu Dhabi. The bout marks Espino’s first contest since being crowned champion of “TUF 28” in November 2018.

“I’m going to fight everything that comes my way,” Espino said on Monday’s episode of Hablemos MMA. “Tanner Boser, for example, is picking up a lot of fights and a few other guys are taking advantage of this time. I’m the same way. I want to fight and fight.

“Obviously I have a small limitation because morally I don’t want to fight friends, and unfortunately I have many friends in the weight class like Aleksei Oleinik. That would be impossible. I won’t fight him or Ilir Latifi or Alexander Gustafsson, so that might slow me down a bit. But outside of that, I’m ready to fight as often as I can and make the most of these years.

“Remember, before I fought on ‘TUF,’ I was coming off six fights in a year – so I have no limitations. I’m not like, ‘Oh only one, two fights a year.’ No. I want to fight as much as I can.”

The 22-month layoff for Espino comes after a series of unsuccessful surgeries on his hand, and then the pandemic, which pushed back UFC operations.

“My hand has been ready since January, and that’s when I went to Vegas to do my camp hoping to fight in March, April. But that’s when the pandemic blew up,” Espino said. “We had to close and go home. I haven’t had issues with my hand. The surgery was incredible. I did it in Miami. The recovery was perfect – everything wen’t really well, and I have no issues whatsoever.”

The 39-year-old Spaniard was coming off a big high when he stopped Justin Frazier in the first-round of their heavyweight clash to win the “TUF 28” season.

A long layoff after a big win, and at this stage of his career, is not ideal. But Espino did his best to stay focused and not lose his cool when the chips where stacked against him.

“All these things are negative events – something fighters may not be used to, and not even fighters, but as human beings with the whole pandemic,” Espino said. “All these things are out of my control. All I can do is take care of myself, be careful with my training, put my best effort – but what I can’t do is control what’s out of my hands.

“These things – the injury and everything else that’s happened – they weren’t in my control. I’ve kept my desire alive because I’ve been trying to get to the UFC for many years, wanting to do a good job in the UFC, fight big names and enter the rankings. I have goals. All these goals and dreams have kept me focused and not brought me down.” 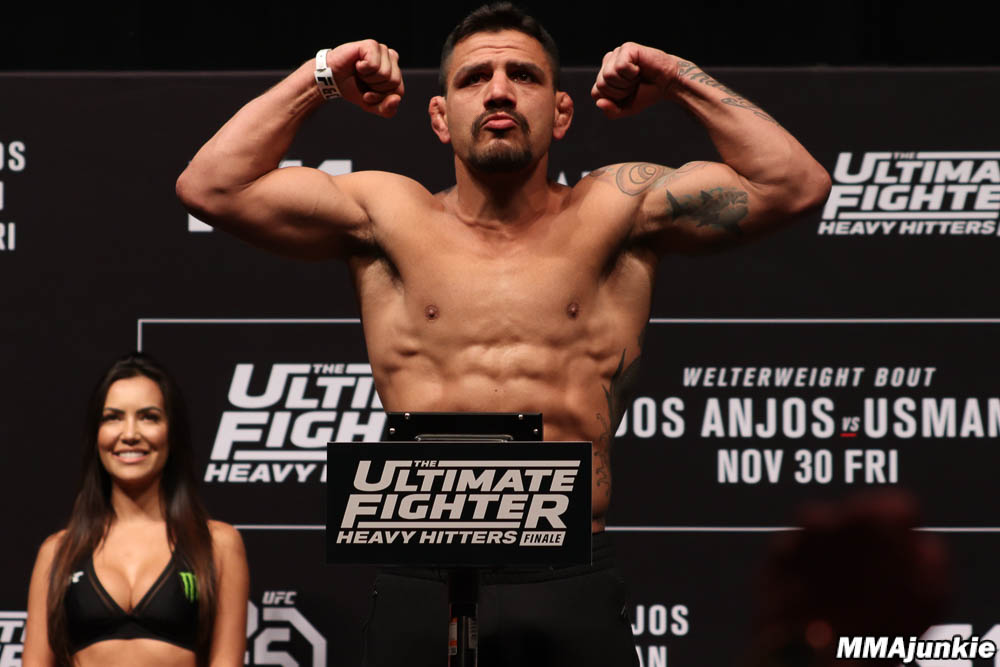