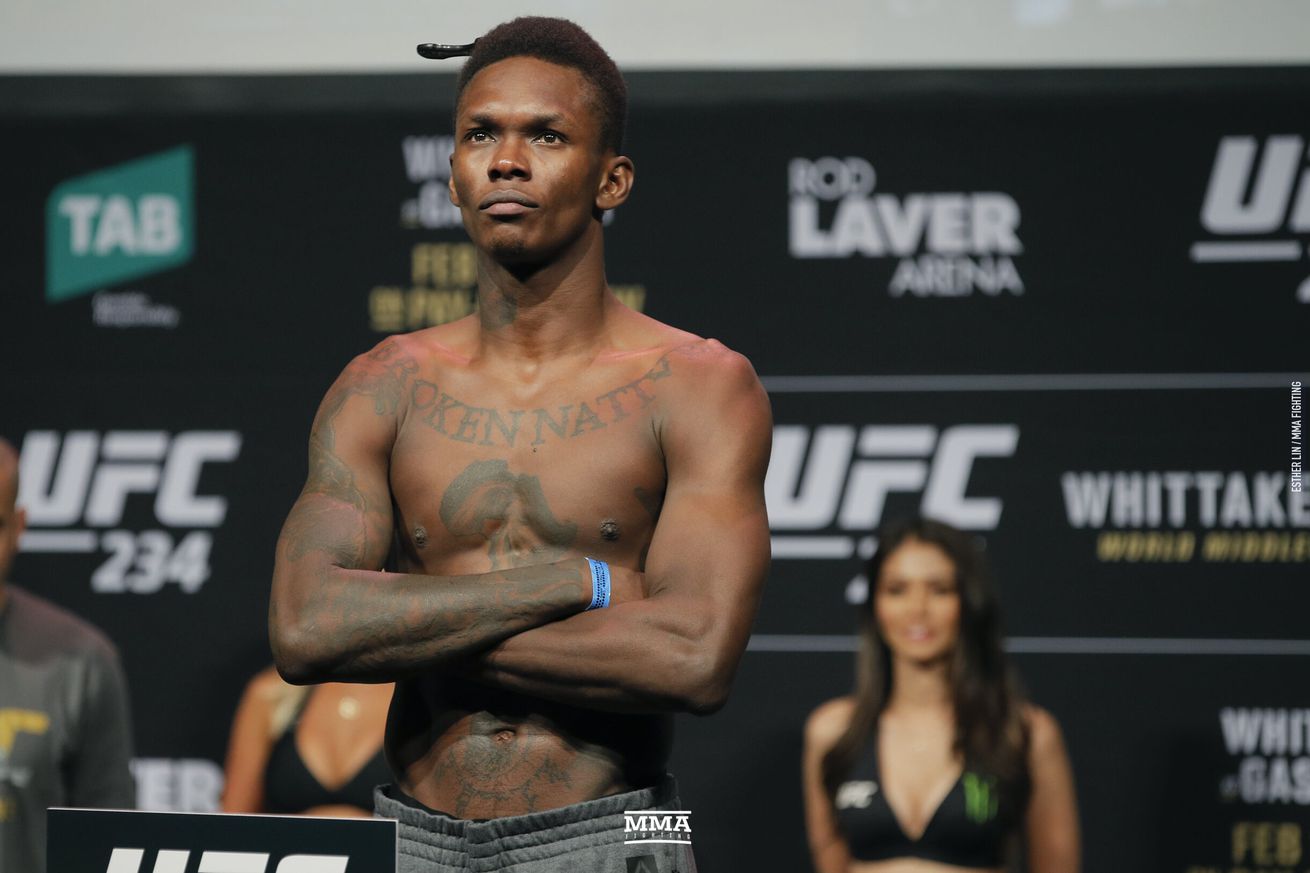 UFC middleweight champ Israel Adesanya played coy on a superfight confirmed shortly after he spoke on the UFC Vegas 12 post-fight show. But he also zeroed in on a fight with Jon Jones.

Adesanya’s conquest for the light heavyweight title is confirmed, with “Stylebender” set to challenge champ Jan Blachowicz for the belt at a date to be determined, UFC President Dana White told reporters after Saturday’s event. If all goes according to his plans, Jones will be next.

“I said I’m going to fight the supposed GOAT, 2021, Raiders Stadium,” Adesanya told UFC broadcaster Megan Olivi on the post-fight show. “I’m hoping to god after these elections all this corona sh*t vanishes and then we can have crowds again, because that fight needs to be in front of a crowd.

“It’s going to be the biggest fight in UFC history, I believe, bar any fight that’s been put up.”

Jones, who’s waffled on a possible move to heavyweight or a return to the light heavyweight division he so recently ruled, has repeatedly claimed Adesanya is scared of an actual fight. Adesanya, in turn, has said he’s not afraid of Jones, but has a specific timeline for moving up to 205 pounds.

On Saturday, Adesanya revealed his future starts with a bid to become “champ squared” in 2021 and then take on the fighter considered by most as the sport’s GOAT.

It remains unclear what Jones will do next, but according to White, the longtime champ has lost his spot atop the highly subjective all-time great list after Khabib Nurmagomedov’s win over Justin Gaethje earlier this month at UFC 254.

Adesanya said he’s been dealing out clues about his future, but the public hasn’t picked up on them. The foundation, however, was undoubtedly laid when he unified the middleweight title with a drubbing of Robert Whittake at UFC 243, an event that broke the promotion’s live attendance record in Melbourne.

The card’s massive stuck in Adesanya’s head – along with the exact attendance number – and provided the motivation for a idea of eclipsing that event.

“If not Raiders, I’m thinking Texas, because I have the gate for the largest attendance in the world at 57,127, so I’m thinking Raiders Stadium, if not [AT&T] Stadium. There’s more to come, but I’m just saying, baby steps. Everything I’ve planned, strategy in the game of war.”

The first move comes against Blachowicz, who claimed the title with a stoppage of one-time title challenger Dominick Reyes at UFC 253. The Polish fighter has been on fire as of late, stopping three of his past four opponents and winning eight of nine in the 205-pound class.

On the card Blachowicz won the belt, Adesanya defended his with a dominant showing against Paulo Costa. He remains unbeaten after 20 professional MMA fights.

A clash of champions will surely draw out MMA fans. A clash of enemies with gold on the line, however, might break records.