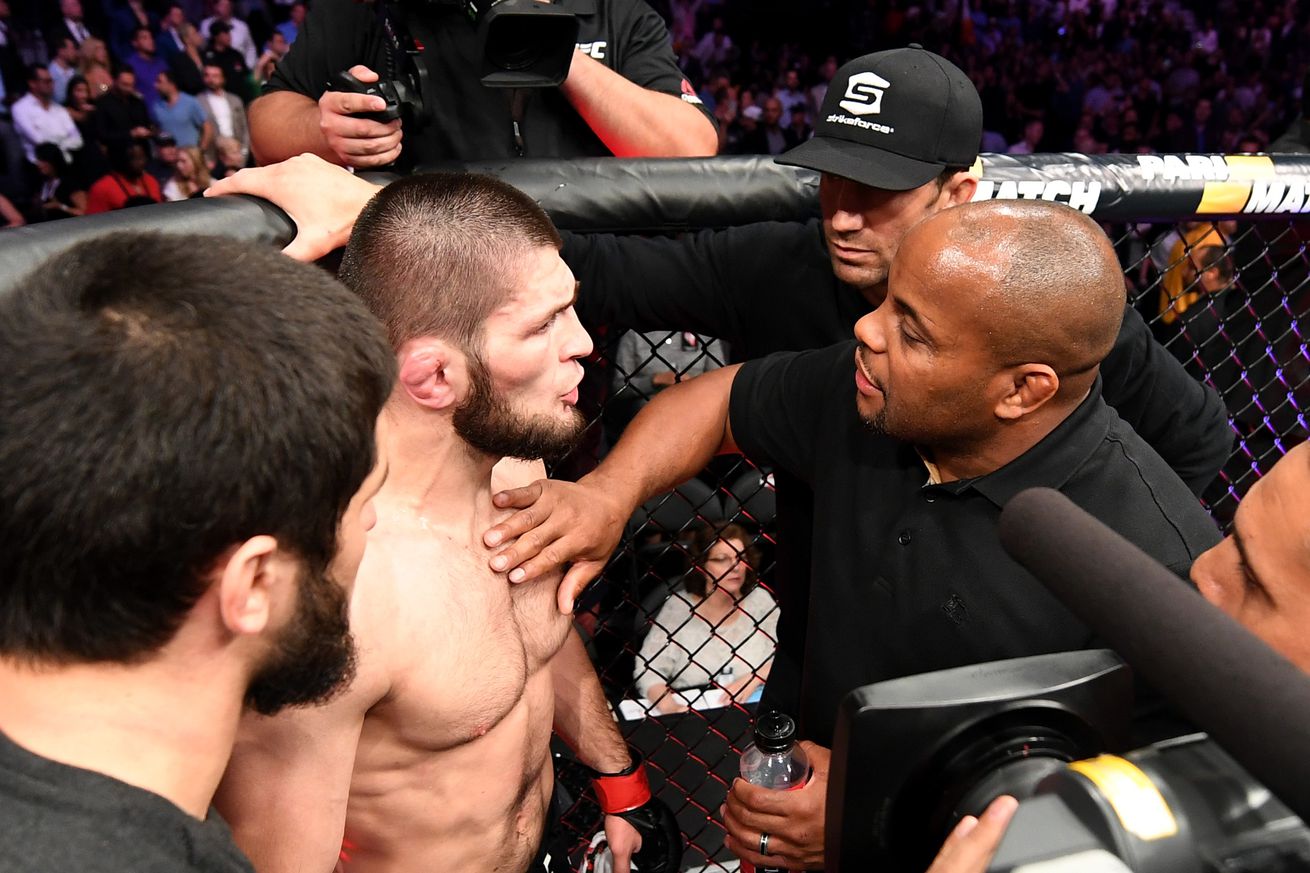 After 29 fights and 29 victories, Khabib Nurmagomedov called it a career following a submission win over Justin Gaethje in the UFC 254 main event.

The undefeated UFC lightweight champion was dominant yet again as he put Gaethje away in the second round to defend his title for the third consecutive time. That tied Nurmagomedov for the all-time record in the lightweight division.

With a long list of accolades on his resume in arguably the deepest and most dangerous weight class in the sport, Nurmagomedov solidified his place among the best to ever compete in MMA before announcing his retirement.

According to his friend and teammate Daniel Cormier, Nurmagomedov now stands in a class all by himself, and that can never be taken away.

“It’s very different the fact that he’s gone,” Cormier said about Nurmagomedov on the UFC 254 post-fight show “We got to experience, it’s not one of the greatest careers in MMA history — this is the greatest fighter we’ve ever seen. He made no mistakes. People speak to Jon Jones being undefeated. Well he made a mistake. He did an up and down elbow, right? Khabib made no mistakes.

“Even in dominance, he never messed up. He got to 29-0. There’s no one like him. I just saw him in the back and I told him I said ‘hey everybody’s crying but guys we got to have the most dominant champ the UFC has ever seen so cry now and then we celebrate later.’ Just a phenomenal career.”

The debate regarding the sport’s GOAT will never truly be settled, because ultimately it’s a subjective argument.

Whether Nurmagomedov achieved that distinction with his win over Gaethje will remain a matter of opinion, but Cormier is just honored that he got to see an athlete of that caliber compete for as long as he did, because there will never be another like him.

“I mean just a guy that gave his all,” Cormier said when asked about Nurmagomedov’s legacy. “He gave everything to this sport. Everyday in the gym, he left it in there. He took care of his own. He loved his family. He did it the right way. There will never be anything bad that follows the name Khabib Nurmagomedov.

If this truly is the end of Nurmagomedov’s career he walks away with an unblemished 29-0 record, only two rounds lost during his entire UFC career and the lightweight championship still intact.

“Happy trails my friend,” Cormier said to Nurmagomedov. “I know I’ll still be seeing and talking to you, but the rest of the world’s going to miss you dearly.”