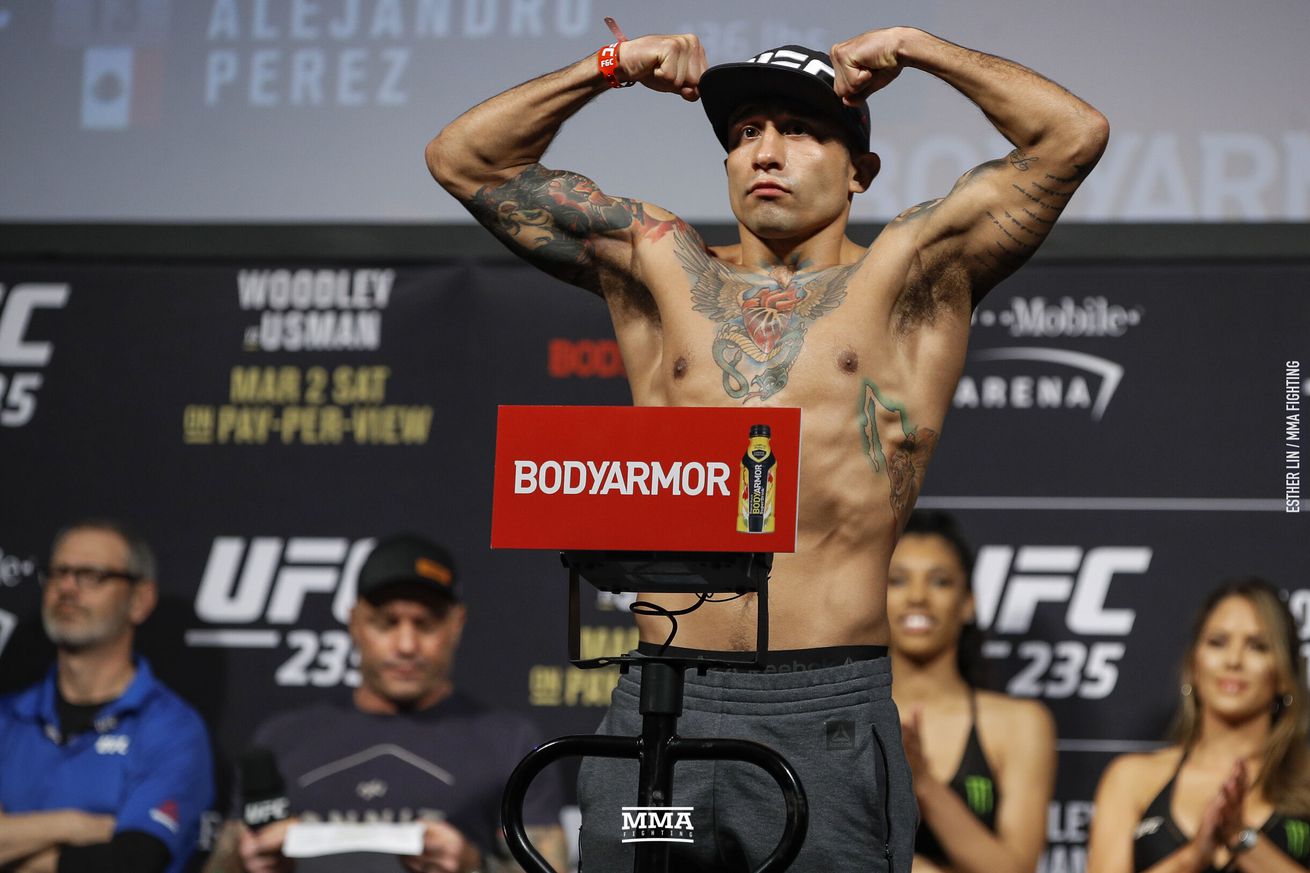 Alejandro Perez is the latest fighter to lose a booking to the coronavirus.

A positive COVID-19 test has forced Perez out of his bantamweight bout with Thomas Almeida scheduled for a UFC Fight Island event on Oct. 10 in Abu Dhabi. MMA Fighting confirmed the withdrawal with people with knowledge of the change following an initial report by Milenio.

The UFC is seeking a new opponent for Almeida.

Almeida (22-3) has not competed since January 2018. “Thominhas” joined the UFC in 2014 with a 17-0 record and won his first four fights for the promotion before being stopped in the first round by Cody Garbrandt. After rebounding with a knockout of Albert Morales, Almeida lost back-to-back fights to Jimmie Rivera and Rob Font before entering his hiatus.