Aleksandar Rakic is confident that with a dominant performance on March 6, he will emerge as the No. 1 contender at 205 pounds.

With both men winning the majority of their fights by knockout, Rakic is expecting a grueling battle, and hopes to leapfrog all the light heavyweight contenders with a strong showing against Santos.

“I’m gonna be prepared for war, and I know Thiago is also gonna be prepared for war,” Rakic told MMA Junkie. “I want this title shot, and I want this belt so bad. I made a promise for one friend of mine who I lost a couple of days ago, and I promised his family that I’m gonna win against Thiago and I’m gonna get the title shot, and this motivates me a lot.”

After tearing through the ranks, including a finish over current UFC light heavyweight champion Jan Blachowicz, Santos has dropped his past two in a row. “Marreta” fell short in a valiant effort against then-champion Jon Jones at UFC 239, then he was submitted in the third round by Glover Teixeira at UFC on ESPN 17 in November.

But, despite Santos’ losing skid, Rakic knows not to underestimate him

“These two losses in a row mean nothing,” Rakic said. “Thiago is a dangerous guy. He fought Jon Jones very well, he fought injured. Now he lost to Glover. He knocked Glover down, Glover came back – he’s dangerous, he’s very dangerous – but you can see that the ring rust was there.”

He continued, “I think in his next fight against me, Thiago is gonna come even more motivated because he’s hungry, he sees his chances, and I’m sure he’s training hard because I know Thiago. We were training in American Top Team in Florida two years ago. He’s a dangerous guy, but I’m now getting into my prime and, I’m telling you, Aleksandar Rakic in his prime, nobody is gonna beat me. Nobody. I can swear to God nobody’s gonna beat me.”

In 2018, Rakic spent a training camp with Santos at American Top Team, making him familiar with the dangerous Brazilian’s game. After studying his opponent’s past fights, Rakic has identified two key fight tactics from Santos and will be prepared for either one come fight night.

“Sometimes he’s waiting to counter, sometimes he’s rushing forward,” Rakic said. “So I don’t know what I can expect from him, but I’m gonna be ready for everything that he’s bringing to the table, because this is the most important fight for me. After this fight, I want that title shot.” 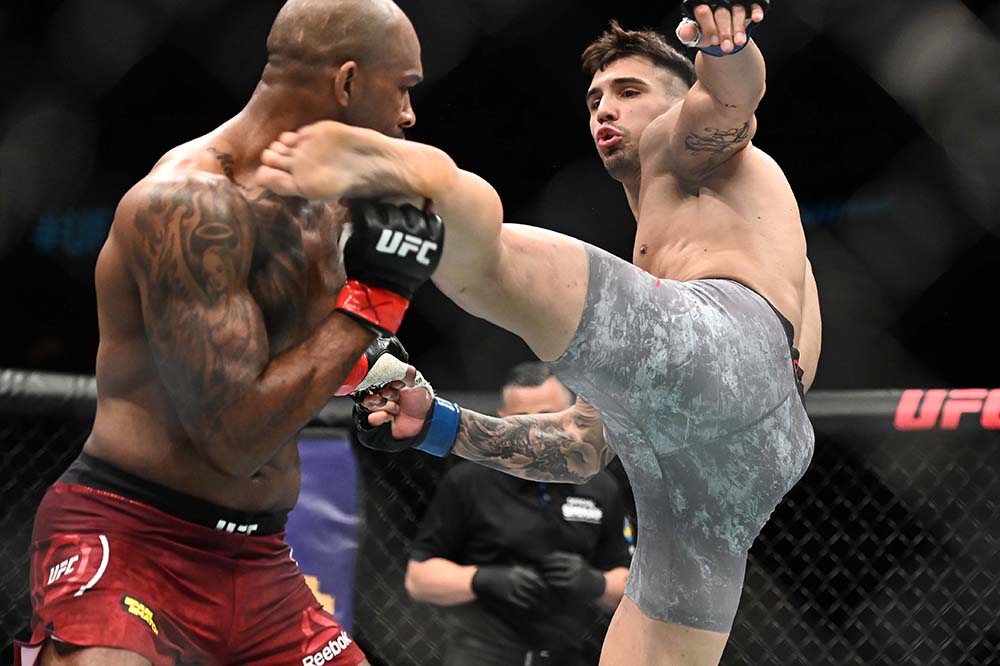