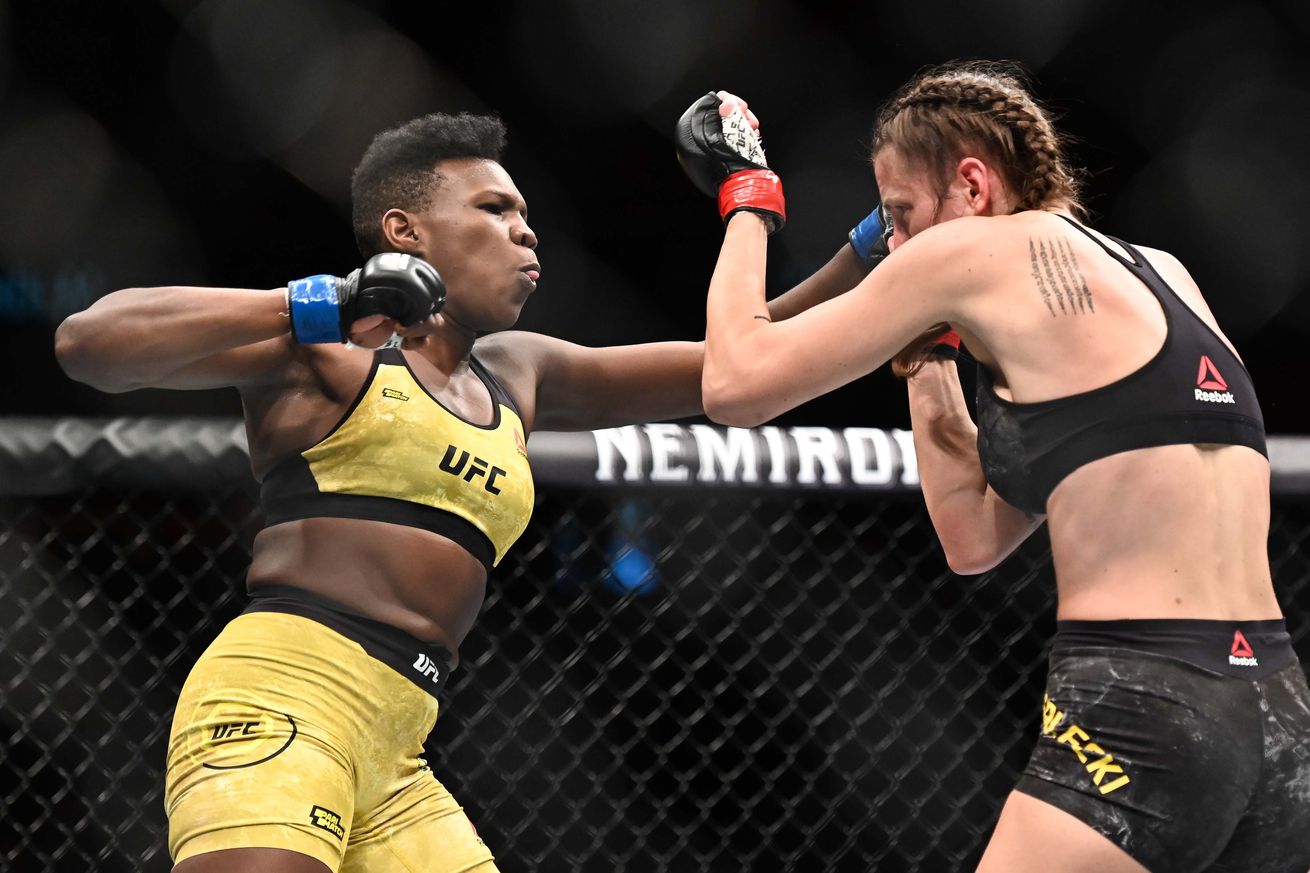 Duda Santana (left) lost to Bea Malecki in her only UFC appearance in 2019. | Per Haljestam-USA TODAY Sports

Duda Santana’s UFC career has come to an end after the Brazilian bantamweight tested positive for a banned substance, her manager Alex Davis confirmed to MMA Fighting on Monday.

“Cowboyzinha” tested positive for selective androgen receptor modulator LGD-4033 during an out-of-competition test conducted by the United States Anti-Doping Agency on Feb. 11, 2020. Santana will serve a two-year suspension, Davis said. The UFC and USADA did not immediately respond for comment, but USADA as a matter of policy doesn’t reveal suspensions until cases are resolved.

According to Davis, Santana “is very poor and ended up buying supplements from unreliable sources, resulting in another case of contaminated supplements.”

“We believe in her innocence, but we have to follow what USADA determines and serve the suspension,” Davis said. “We did not appeal. We tried, but couldn’t find the origin of it because she had thrown out some of her supplements. … She’s very talented and she will bounce back from this. We’ll not give up on her.”

Santana (3-1) fought just once in the UFC, losing via first-round submission to Bea Malecki in June 2019. “Cowboyzinha,” who was signed by the promotion one year after visa issues forced her out of Dana White’s Contender Series, withdrew from UFC fights with Tracy Cortez and Sarah Alpar due to personal issues in 2019 and 2020.

Santana made headlines earlier this year after fellow UFC fighters donated money so she and her family would have something to eat after the COVID-19 pandemic left everyone in their family out of work. Santana shares a house with her daughter and seven other members of her family at the City of God slum.

“We’re broke like everyone else,” Santana told MMA Fighting at the time. “It’s complicated. I depend on the fight and the win, and I was counting on the money. We work hard and train hard every day to fight, so it’s a bit frustrating. That’s the word, we get frustrated.”