Anthony Johnson kept it a secret for weeks, but last Wednesday news broke that he’s now a Bellator fighter – a shocker to many MMA fans and media alike.

Despite mutually parting ways with the UFC, Johnson (22-6 MMA, 0-0 BMMA) told MMA Junkie on Wednesday there is no bad blood between him and his former employer – echoing the sentiment UFC president Dana White put forth last week.

“This had already happened about a month before it came out. I was keeping my mouth closed,” Johnson said. “There was no animosity, nothing bad when the UFC and I split. It was honestly a mutual thing. There was no bad blood, no negativity, no anything. It was best for both of us.”

When MMA Junkie asked White about “Rumble” after UFC Fight Night 183, White indicated both parties wanted to stay together, but the partnership ultimately couldn’t continue. Cryptically, White said Johnson would have to explain why.

Which he did Wednesday.

“Business-wise, it’s just smart for me,” Johnson said. “I’m going into a different field outside of MMA. It gives me a little bit more leeway to do a little bit more. Honestly, with the UFC like that, you probably can’t really do a lot of things that you’d want to do because they’re such a strict company. When you have rules, you have to follow them, man. I’m not trying to break any rules, so why not just do our thing, show each other love and respect, and it is what it is?”

What Johnson is referring to is his delve into the cannabis industry with his company Rumbletime Consultants, Inc. The UFC has a strict policy when it comes to sponsorship, rules that Johnson respected and accepted. However, Johnson said because of the rules, a split made sense.

“I think I’m going to do the same thing,” Johnson said. “I’ll be able to help push Bellator and my own business at the same magnitude and just go forward. With the UFC, they already have a strategy on how they want to do things. Everybody knows that. You have to respect it, though. I respect them. They respect me. Why not just do our own thing and everybody goes home happy?”

Johnson, 36, was a contender for a UFC title on two occasions prior to his retirement in April 2017. Both times he lost to Daniel Cormier. While it’s difficult to leave the promotion in which he built his name, Johnson indicated he’s excited by the new challenge that awaits him.

“Separating from the UFC was a little tough because that’s been my home for so long,” Johnson said. “I built up who I am fighting in the UFC and knocking people out in the UFC. It’s had a lot of meaning to me to be a UFC fighter. But that journey has passed now, and now I’m on to a new journey. I’m looking forward to knocking people out in Bellator just as much.” 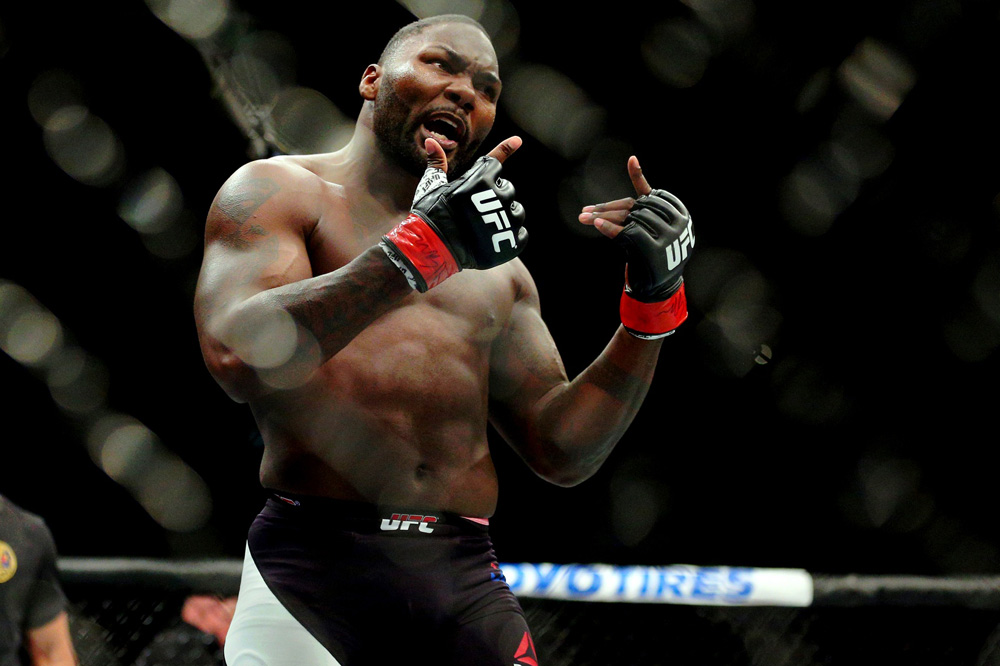