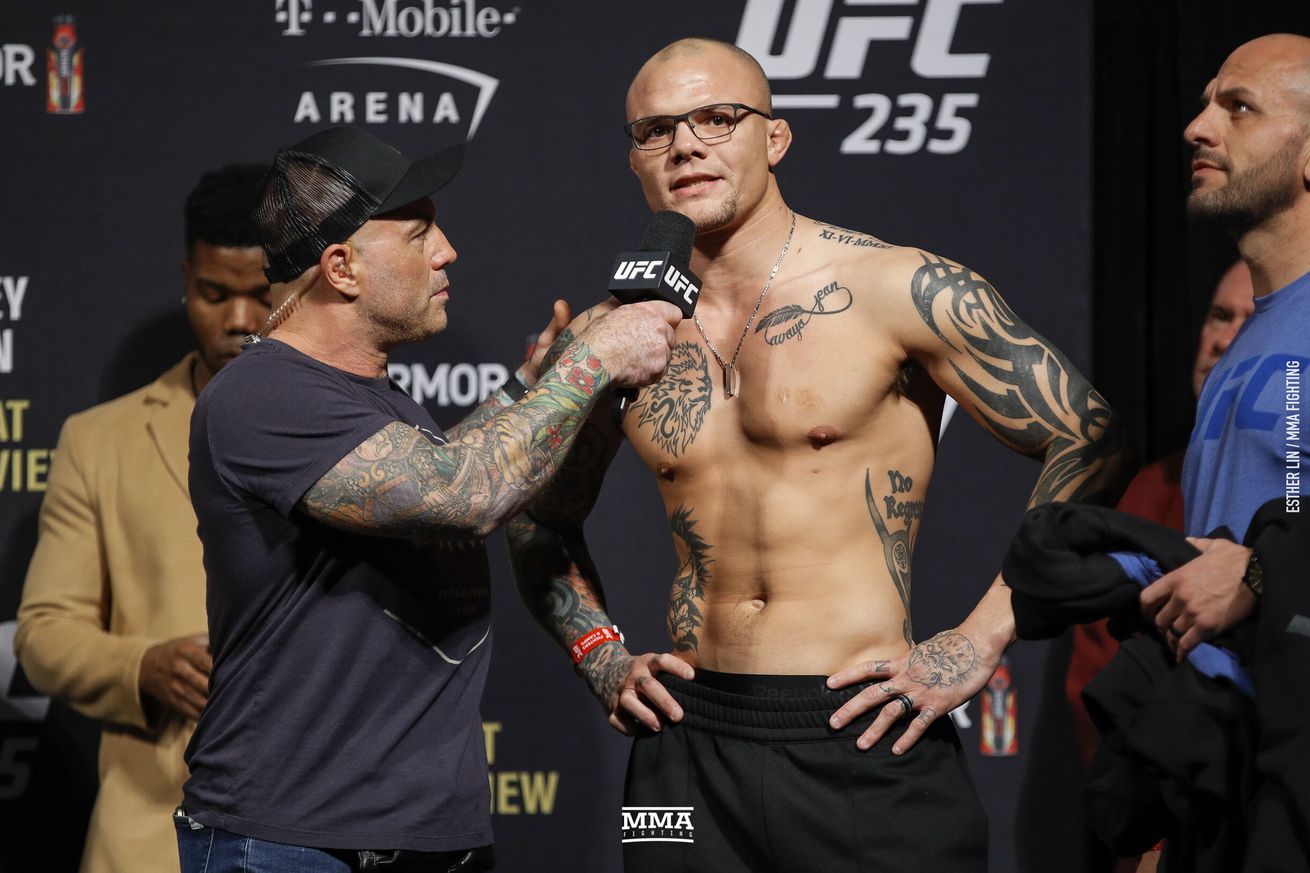 Anthony Smith isn’t targeting Johnny Walker as his next opponent but if that’s what the UFC wants, he’s down to fight.

Just after his win over Ryan Spann at UFC Vegas 11, Walker mentioned Smith as an opponent he’d like to face after prompted by Jon Anik during his post-fight interview.

Smith is currently coming off back-to-back losses to Glover Teixeira and Aleksandar Rakic but he’s never been one to turn down a challenge, especially the one he’s heard from Walker several times now.

“For whatever reason, that guy wants to fight me,” Smith said on his SiriusXM show. “That’s like the third or fourth time he’s called me out. Like shut up dude. I’ll beat the sh*t out of you. Maybe I’ve lost two in a row but they’re two of the baddest motherf**kers on the planet. It’s different. There’s levels to this sh*t.

“I mean I would fight Johnny Walker if that’s what the UFC called for but I’m not going to go out there calling out Johnny Walker that’s for godd*mn sure.”

After rattling off three straight wins with a combined time under three minutes after joining the UFC roster, Walker was suddenly one of the most talked about light heavyweight prospects in the sport. He then suffered two consecutive losses to Corey Anderson and Nikita Krylov before bouncing back with the win over Spann.

While the performance against Spann ended in a vicious knockout, Smith still isn’t sold on Walker being a complete fighter.

“This is what my thing has always been on Johnny Walker — you can do the jumping sh*t, the spinning stuff, flashy, craziness that he has in his fights,” Smith explained. “What we haven’t seen is Johnny Walker’s ability to be fundamental anywhere. He’s not throwing straight 1-2’s. He’s not throwing a two and rolling under the hook that’s coming his way. He’s not grabbing snatch singles and passing the guard on the way down.

“He seems to lack a lot of those fundamentals and he makes up for a lot of that stuff with his athleticism, power and explosiveness. That sh*t’s going to run out at some point in time.”

For all the ways Walker came storming into the UFC with a trio of knockout wins, Smith hasn’t seen a lot of progression in his overall game.

That said, he’s never turned down a fight and Smith promises that streak won’t stop just because the UFC comes calling with Walker as a potential opponent.

“He’s exciting. He’s powerful. He’s an athlete,” Smith said. “He’s got the perfect frame for the weight class, his build is perfect at least. He is exciting. He’s a little bit strange. He’s always been respectful in person. He’s just not that guy.

“I don’t know what that does for me. Again, I don’t turn down fights so if the UFC calls and they offer Johnny Walker, that’s the fight I’ll take but I would be surprised if they called with Johnny Walker but I would take it. It’s just not one I’m chasing.”

“I would be surprised if they called with Johnny Walker, but I would take it,” @lionheartasmith tells @RJcliffordMMA his response to Walker’s call out. pic.twitter.com/fWPA0VxQXu