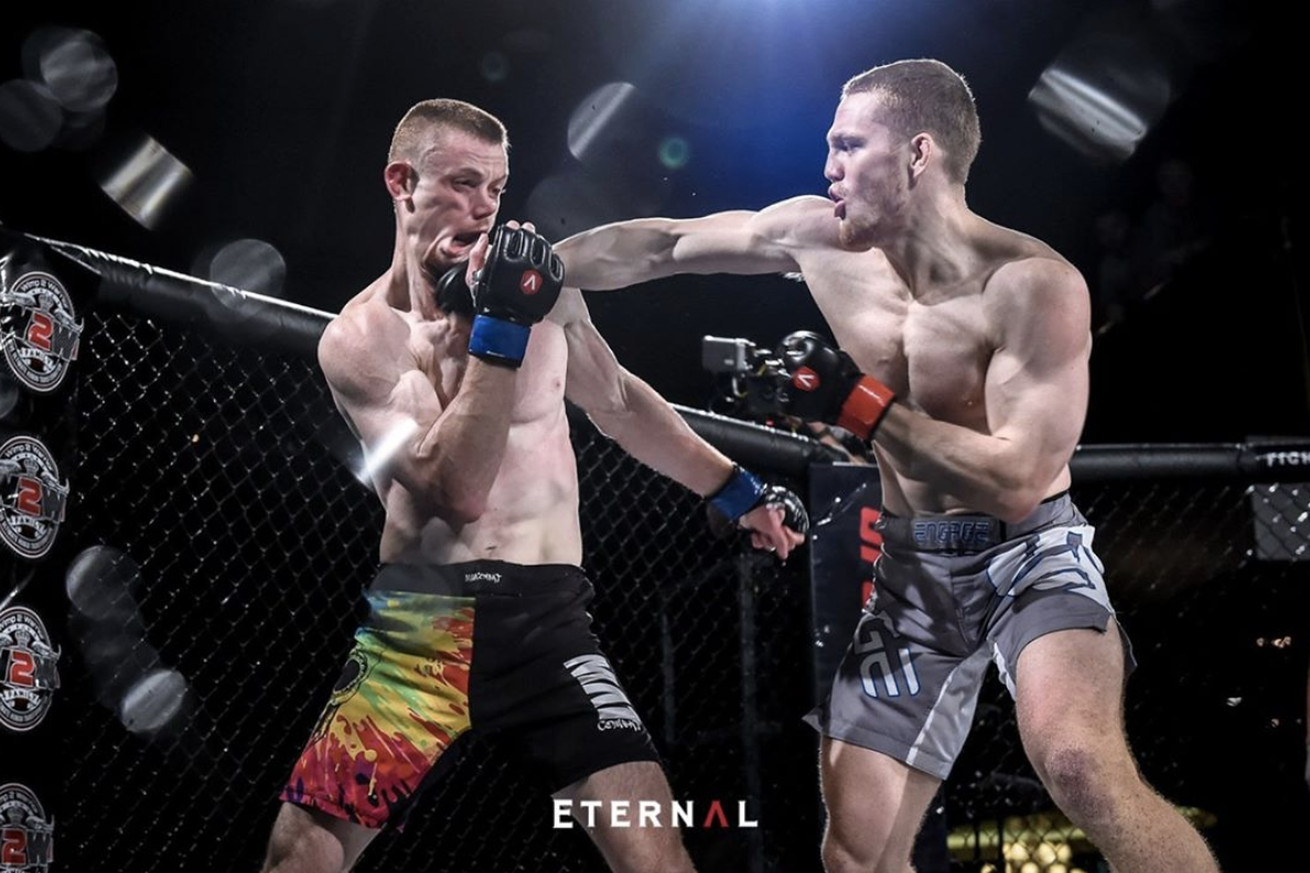 Australian prospect Jack Della may be one win away from earning a call from a promotion like the UFC. But he’s also smart enough to plan for his future when fighting is over.

Ahead of a welterweight title fight at an Eternal MMA show scheduled for Oct. 10, Della (8-2) is unbelievably excited to compete again after his last appearance took place just ahead of the lockdown in his native Perth due to the coronavirus pandemic.

While the past several months have resulted in a financial crunch for millions around the world, Della was lucky enough that he already had a full-time job to rely on when fighting wasn’t a viable option.

During the day, Della works in an office analyzing payment invoices while also attending college, where he’s seeking a degree in property and finance. At night, Della turns his attention to his true passion for martial arts.

He balances it all with the knowledge that he’s doing the best for himself inside and outside the cage.

“I’m doing quite a lot,” Della told MMA Fighting. “But I enjoy this sport. I enjoy fighting. For me, it’s no issue to put a couple extra hours in with training. I enjoy it.

Having a full-time job along with a course load at college might seem like Della is spreading himself too thin. He would actually argue that he’s just giving himself plenty of options. A fight is almost a vacation because it allows him to do what he enjoys the most.

“I actually honestly enjoy the training,” Della said. “It’s no hassle for me to train. I also love the fight. I’m so excited when I have a fight coming up. If you enjoy what you do, it’s not work.”

As one-half of the main event at Eternal MMA 53 (which airs live on UFC Fight Pass this Saturday), Della will defend his welterweight title against Aldin Bates, who just happens to be the fighter that handed him the first loss of his career.

ETERNAL MMA 53 PERTH WA OCTOBER 10 Here is the full card for the huge Eternal MMA 53 at HBF Stadium on Saturday October 10. A welterweight title fight with a back story heads up this all Perth fight card. Welterweight champion Jack Della puts his belt on the line as he looks to erase the memory of a loss against his opponent, Aldin Bates, back in his pro debut in 2016 and continue his dominance of the Australian welterweight division. Aldin Bates is coming into this fight hungry and determined to take the belt home with him. With a stoppage win against Jack already on his resume, Aldin is confident he has the ability to dethrone the champion and claim his spot at the top of Australia’s WW division. This really is a main event to help you shake off they Covid blues and its supported by a fightcard that is stacked with Western Australia’s very best MMA talent. Tickets are available now for this event and already some options are extremely limited so to avoid disappointment get onto Ticketmaster now before you miss out. If you are supporting a fighter on the card, select the “fighter fan club” option and enter your fighters surname to support them, ticket link in the bio. If you cant make it to this event the main card is available exclusively live on UFC Fightpass. UFC Fightpass is available from as little as $9.99 per month and gives you exclusive access to live UFC events, the entire UFC fight library and all the top combat sports action from around the globe. Eternal MMA, challenge your limits don’t limit your challenges.

A lot of eyeballs are on Della for this fight, because another impressive win might just earn him a call from a promotion like the UFC or Bellator MMA.

Della certainly appreciates that all of his hard work is paying off. The cliche of refusing to look past his upcoming opponent remains true. None of the attention will matter come Oct. 10.

Add to that, Della is just enjoying himself right now, and that takes a lot of the pressure off of his shoulders when hearing that he might be one win away from fighting on a bigger stage.

“As usual, I take every fight as it comes,” he said. “It’s a dangerous game to look past anyone. I enjoy competing. It’s not about a big contract for me. I actually enjoy it.

“Plus he’s beaten me before. So I’m really keen to get that one back.”