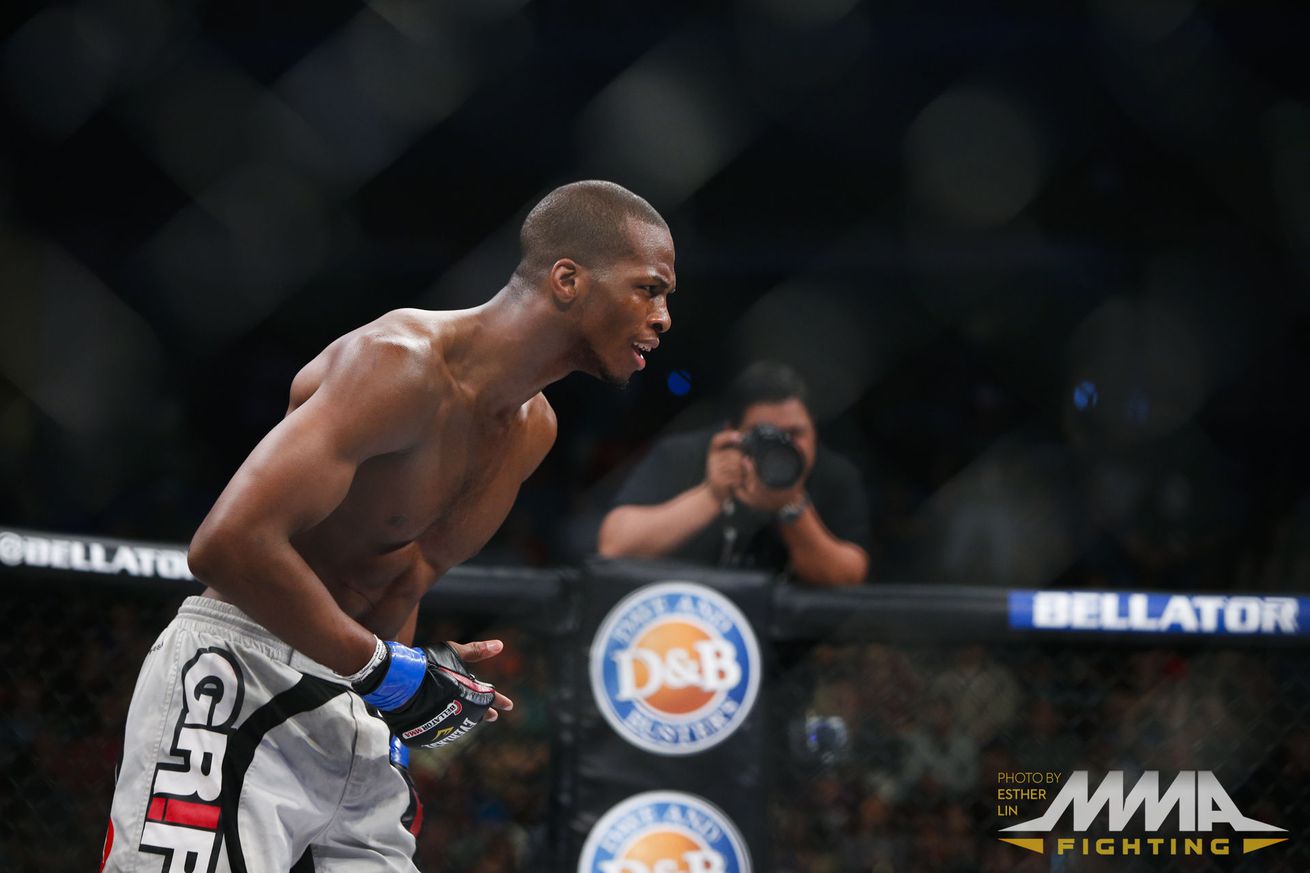 Michael Page once again emerged victorious in the Bellator cage as the promotion made its first trip to Paris on Saturday. But the fight didn’t go as most expected.

“MVP” entered the Accor Arena to face undefeated Ross Houston, a former Cage Warriors welterweight champion, and after three rounds, he took home scores of 30-27 twice and 29-28. The fight was not the action-packed affair of previous fights, and the crowd let the fighters know.

Page started the fight in his usual stance, keeping his hands low and landing good strikes. Houston eventually secured a takedown and stayed on top control for the remaining of the opening round, but couldn’t do much damage from there.

In the second round, Page returned with his hands up and taunted less, countering a takedown attempt by throwing Houston to the ground before a hammerfist accidentally landed on the back of his opponent’s head. Back to their feet, Page connected with a good combo that landed flush, and he again got comfortable, lowering his hands and getting top position on the ground to connect with more strikes.

Page continued to land the better punches in the final stanza, with just enough to score points but not hurt Houston as the crowd began to boo both fighters. Houston spent most of the round looking for a takedown that never came. In the end, “Venom” Page scored the fourth decision victory of his professional MMA career.

Page made it pretty clear he wants a rematch with 170-pound champion Douglas Lima next.

The co-main event featured France’s own Emmanuel Dawa taking on Oliver Enkamp, but the Swedish UFC veteran spoiled the night for the 1,000 fans in attendance with his slick grappling skills.

Enkamp opened up with side kicks to the chest and a head kick before they went to the ground. “The Future” easily escaped a guillotine choke attempt and transitioned to half guard, landing heavy elbows before getting to full mount and locking a Japanese necktie that forced Dawa to tap at the 4:10 mark of the opening stanza.

A Japanese Neck Tie for the win!

Oliver Enkamp scores another first round finish inside the @BellatorMMA cage! pic.twitter.com/ieLALiuHXM

English lightweight Ryan Scope looked for his first Bellator victory after a 0-2 start in the company, but promotional newcomer Alan Omer ruined it for him in devastating fashion.

Omer, a UFC veteran who entered the Bellator cage for the first time on a five-fight winning streak, connected good shots to the body and uppercuts in the clinch before finally dropping Scope with a knee to the body. Omer continued to attack with punches to the head and another knee to the body, getting the stoppage at the 1:46 mark of the opening round.

In the post-fight interview, Omer said he went to Bellator “to go for a title” and volunteered to face Patrick Freire next, brother of lightweight champion Patricio Freire.

@AlanOmerMMA gets a quick stoppage over Ryan Scope with a devastating knee.

The first Bellator fighter to score a victory on French soil was Mads Burnell, who opened the Bellator 248 portion of the show with a one-sided performance over Darko Banovic.

The former Cage Warriors champion easily took Banovic to the ground and advanced to side control before taking the back and land shots until referee Todd Anderson decided he had seen enough, awarding Burnell the TKO at 3:13 of the first round for his first win by striking stoppage.

A perfect debut for Mads Burnell who stops Darko Banovic by TKO in the very 1️⃣st round.