Leandro Higo was bumped up to the co-feature bout Thursday night on CBS Sports Network when Patricky Freire vs. Jaleel Willis was canceled, and he made the most of his turn in the spotlight.

The Brazilian competitor served notice to the bantamweight division that he’s a force to be reckoned with, as he scored a one-sided victory over Ricky Bandejas. A rear-naked choke got the tapout at Mohegan Sun Arena in Uncasville, Conn. at the 2:32 mark of the second round.

Higo (20-5 MMA, 3-3 BMMA) was the aggressor from the outset, as he pushed forward and landed repeated leg kicks on Bandejas (13-5 MMA, 3-4 BMMA), who seemed gun shy from the outset. Higo eventually earned a takedown around the round’s midpoint and worked to improve his position from there. By the final minute of the round, Higo had Bandejas pinned against the cage with his right arm isolated and landed right hands to Bandejas’ head, but the round expired before Higo could go for the finish.

In the second, Higo, who missed weight by three pounds on Wednesday, wasted little time going right back to the takedown, although this time, after shooting the double, Higo turned it into a slam. The end was an inevitability at this point, as Higo got his back, then a body lock, then perfectly applied the RNC for the finish. 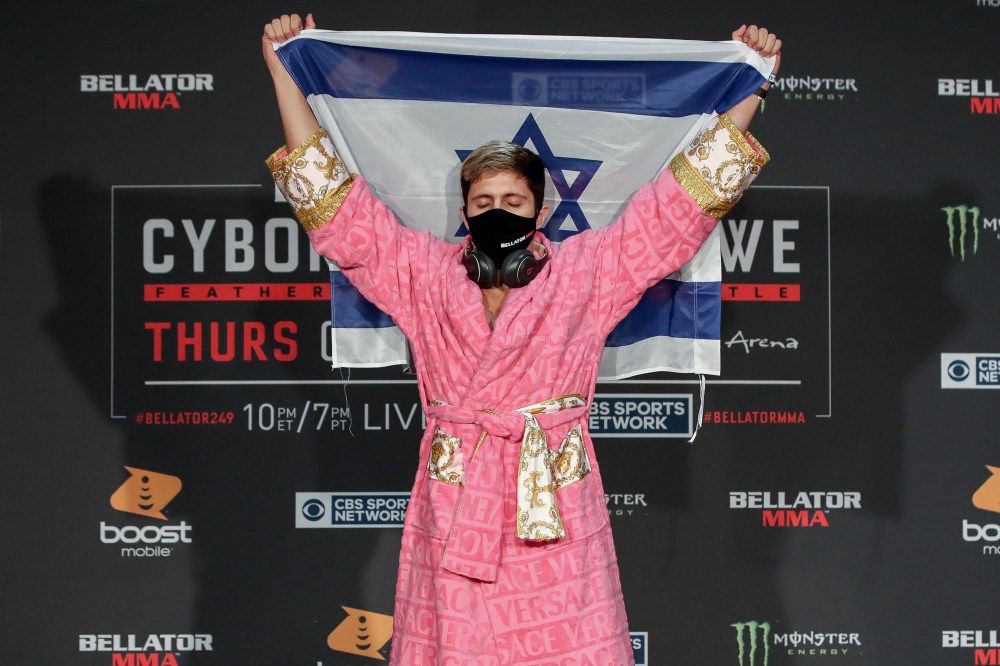