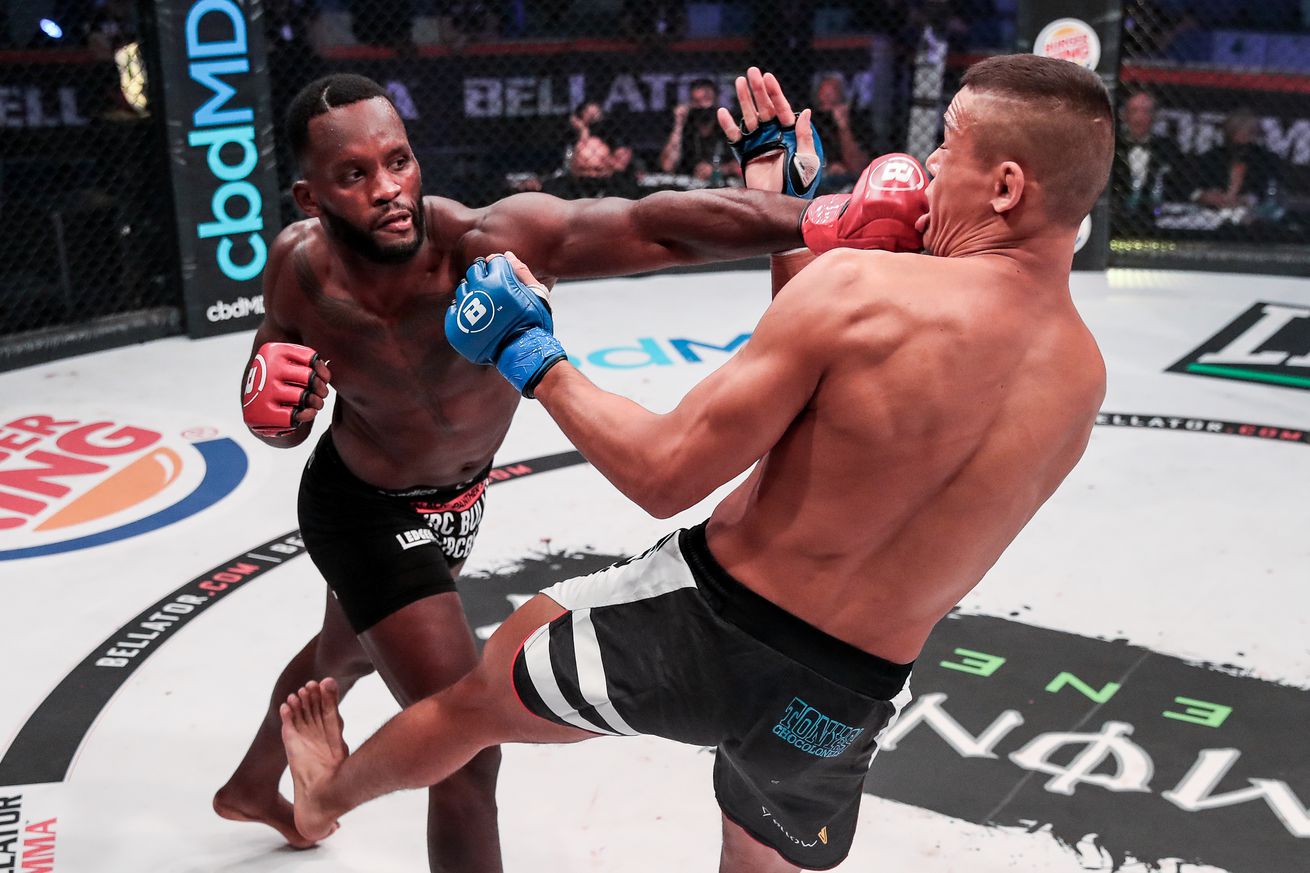 Bellator’s return to Europe for the first time since the COVID-19 break started featured six middleweights battling for a spot closer to the top of the division as the company prepares to crown a new champion, and Costello van Steenis made the most of his chance in the main event of Saturday’s Bellator Europe 8 in Milan, Italy.

Paired up against undefeated Fabian Edwards, who was perfect in 17 MMA bouts, including eight professional bouts and nine amateur appearances, van Steenis had the right game plan to make him taste defeat for the first time.

Both fighters exchanged leg kicks in the opening round, with van Steenis at one point knocking Edwards off balance with an inside leg kick. Van Steenis fired a switch kick that missed in the second stanza, immediately shooting for a takedown that got Edwards on his back. The English talent tried to go for an omoplata, but van Steenis stayed on top and landed several strikes before time ran out.

Edwards came out more aggressive for the final five minutes after a close opening round followed by a clear 10-9 for van Steenis, landing a good left hand and getting van Steenis on the ground. Edwards managed to take van Steenis’ back and work on a rear-naked choke, but van Steenis successfully defended his finishing attempts.

In the end, van Steenis bounced back from a decision defeat to Josh Salter to improve to 5-1 in the Bellator cage. The upset dropped Leon Edwards’ younger brother’s record to 9-1 as a professional.

Mike Shipman was aiming to get back on track after 2019 losses to Saturday night’s headliners Edwards and van Steenis, and scored a comfortable decision win over Italian 185-pounder Pietro Penini in the co-main event.

Shipman and Penini clinched early and then traded bombs on the feet in the opening round before Shipman shot for a takedown and kept a dominant position on the ground until the clock ran out.

The second and third rounds played out basically the same, with Shipman connecting the better strikes on the feet. Shipman scored a takedown with three minutes left in the final stanza, working on the ground and pound to secure his first decision victory under the Bellator banner.

The main card opener had SBG Ireland’s Will Fleury taking on Kent Kauppinen, and the Irish wasted no time shooting for takedowns as soon as Kauppinen, a professional boxer, attacked him on the feet. Fleury had trouble keeping him on the ground in the opening stanza, but found more success in the following rounds to secure a clear unanimous decision win.

The highlight of the preliminary portion of the show was Aiden Lee’s performance in a featherweight bout versus Jeremy Petley. The former Cage Warriors title contender dominated the first five minutes before landing a vicious knockout in the second round, connecting with a knee to the chin while attempting a head kick.