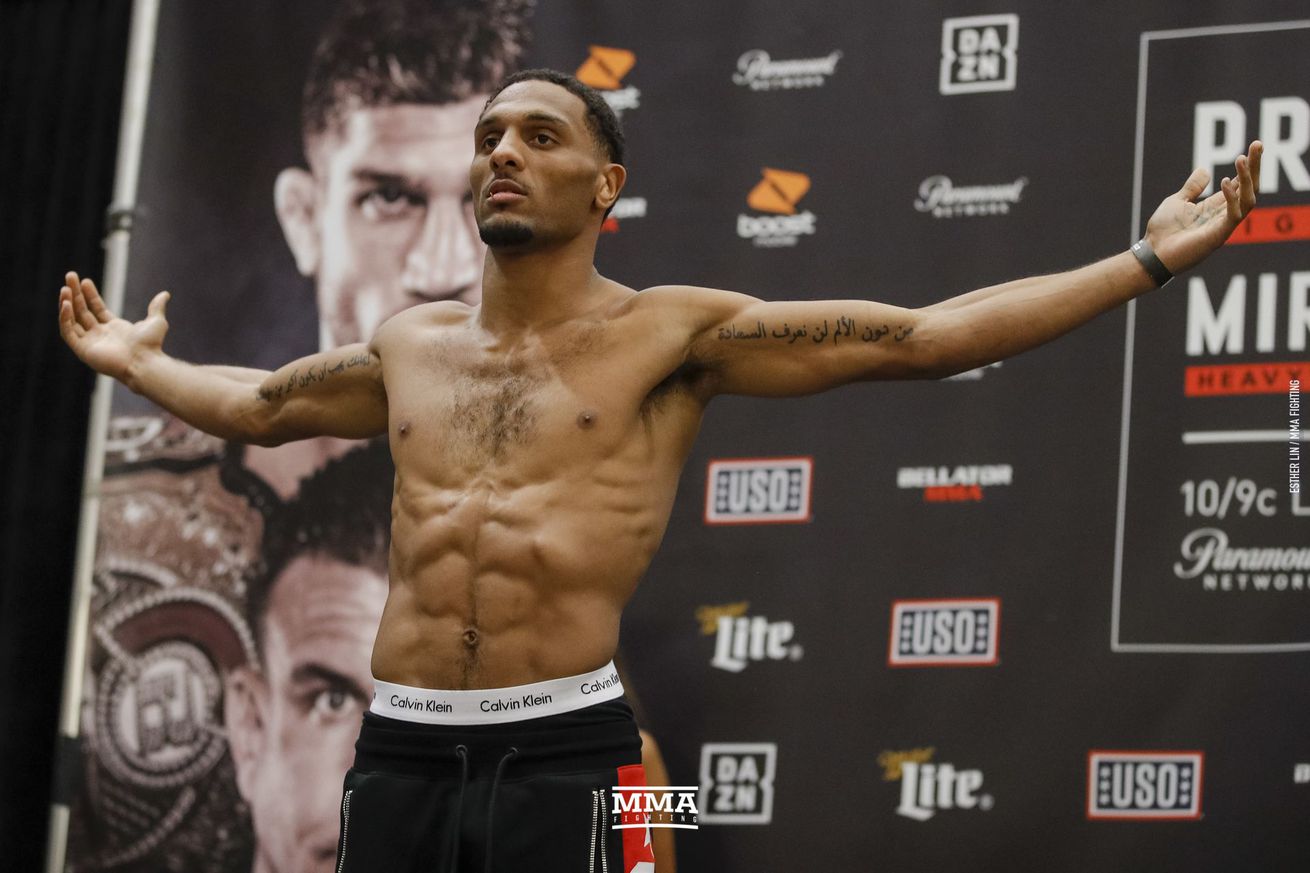 After the coronavirus pandemic scrapped their Bellator featherweight grand prix quarterfinal, Daniel Weichel vs. Emmanuel Sanchez has been rebooked.

Additionally, a semifinal fight between A.J. McKee and Darrion Caldwell is set to headline Bellator 253, which like Bellator 252 takes place Nov. 19 at Mohegan Sun Arena in Uncasville, Conn., and airs on CBS Sports Network.

Weichel and Sanchez were set to clash at Bellator 241 on March 13, but the event was canceled due to the pandemic. The bout is a rematch of a July 2016 meeting won by Weichel via split decision. Weichel outpointed Saul Rogers in the quarterfinals of the tournament, while Sanchez submitted Tywan Claxton.

McKee and ex-bantamweight champ Caldwell were booked to face off in June at Bellator 244, but the event was postponed due to the pandemic. McKee is undefeated in 16 pro fights and advanced to the quarterfinals with a submission of Derek Campos. Caldwell, meanwhile, submitted Adam Borics.

The winner of Weichel vs. Sanchez and Freire vs. Carvalho will meet the winner of McKee vs. Caldwell in the finals. As with a previous welterweight tournament, $1 million goes to the winner.