Former light heavyweight title challenger Linton Vassell has moved up a division and is looking to establish himself as a legitimate threat to the Bellator heavyweight title. His latest outing went some way to building a solid case as “The Swarm” defeated debuting Brazilian veteran Ronny Markes at Bellator 254.

Markes (19-8 MMA, 0-1 BMMA) looked to clinch up with Vassell (21-8 MMA, 9-5 BMMA) early, but his attempt to take him to the canvas ended with the Brit landing on top, in half-guard. Vassell dominated from top position and connected with strikes while ensuring he didn’t afford Brazilian the space to work a submission off his back.

Vassell’s dominance from the top was a sign of things to come as the fight went back down to the canvas once again in Round 2. Once again, it was Markes who initiated the takedown attempt but, in a carbon-copy of Round 1, it was Vassell who expertly positioned himself to land on top.

In half-guard once again, Vassell loaded up with some punishing elbows and, after threatening with a head-and-arm choke from half-guard, he gained mount, then postured up before methodically delivering a succession of well-chosen punches and elbows to force the stoppage at the 3:37 mark.

The victory gave Vassell his second straight win at heavyweight as he followed up on his November 2019 finish of Sergei Kharitonov with another dominant stoppage victory. Both of his recent victories came via second-round ground and pound.

Relive the action from Vassell’s victory over Markes via the video above. 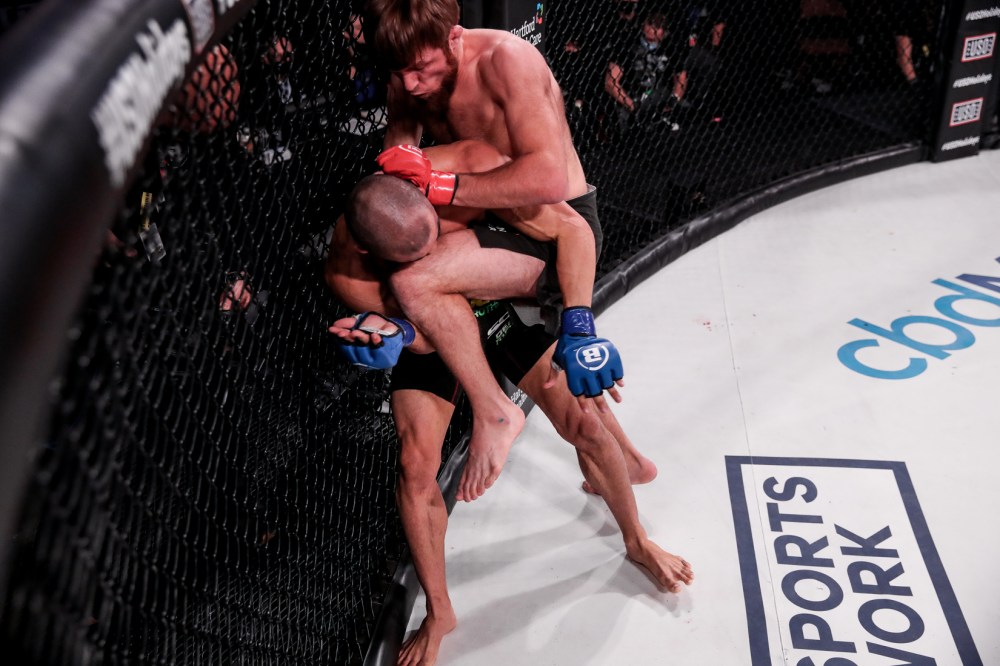