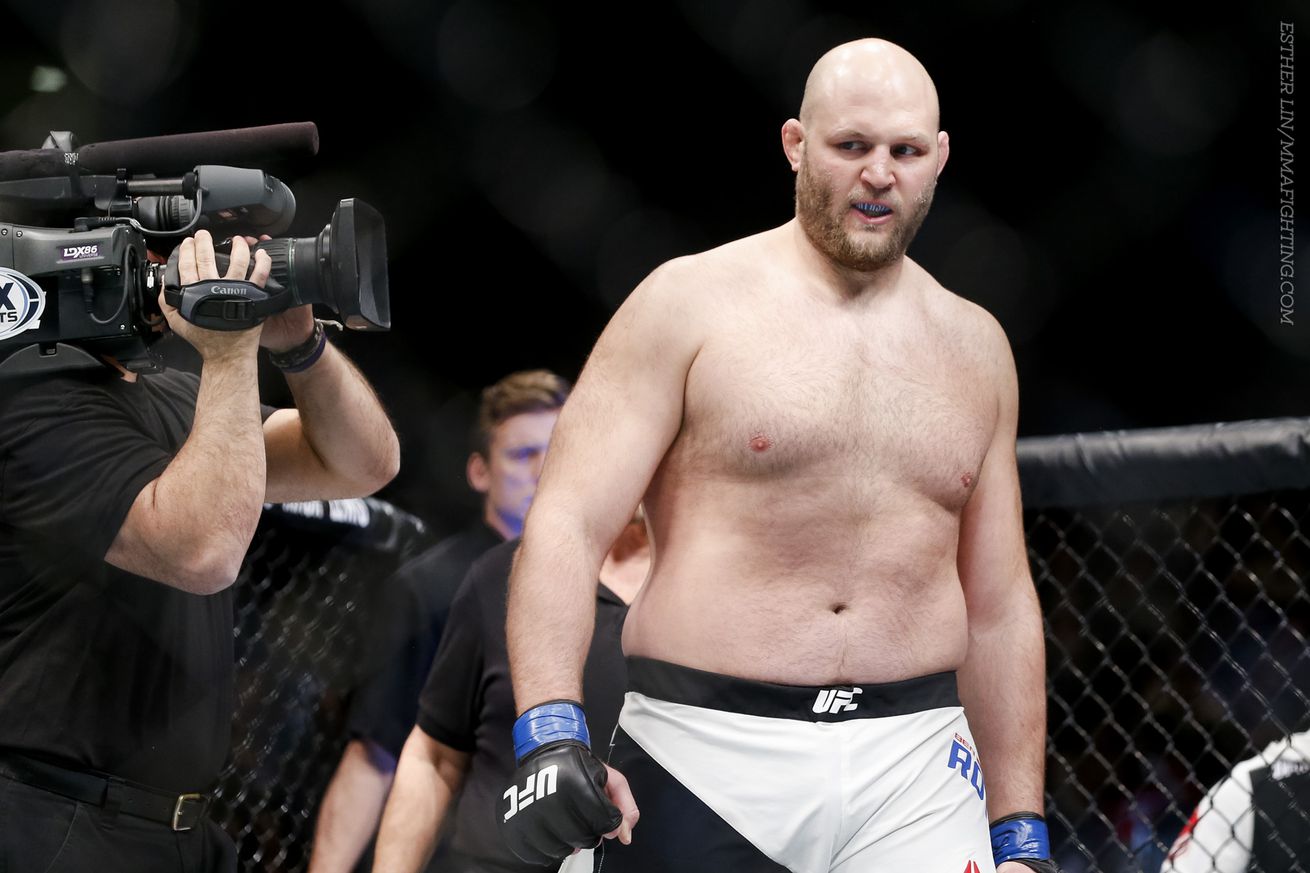 In the wake of violence and unrest in his hometown of Kenosha, Wisc., after police shot Jacob Blake, Rothwell did his best to pass along a message of unity over divisiveness.

He posted a photo on his Instagram explaining the meaning behind Black Lives Matter as well as the significance of that phrase, adding “I hope we can come together and have some understanding.”

The veteran heavyweight contender also posted a photo standing alongside Kenosha police officers with a message that said “regardless of political views, I hope we can agree that these are some of the most vital people in the country.”

According to Rothwell, he felt the need to speak out in hopes of bringing his community back together again rather than watching it be torn apart.

“I don’t want to break it out and say the community’s shattered cause that’s how it felt at first,” Rothwell told MMA Fighting during the UFC Fight Island 5 media day. “I feel like things are coming around. People really got together to help each other.

“People started to put the pieces together that this whole situation was pretty messed up, and I put myself…and if anybody looked at my social media, I was kind of right in the middle getting ripped to shreds by both sides. Because I love people on both sides. We need to come together, not point fingers. That’s what Kenosha’s more about. We have a lot of people doing a lot of things for each other. People that lost their businesses and stuff like that, [and] the community came together to help. It was really cool to see and I feel like we’re getting through.”

In the middle of a very heated presidential election, Rothwell believes that played a major part in the tension that continuously boiled over in the fights between protesters and adversaries.

“I kind of blame a lot of the politicians,” Rothwell said. “A lot of this is around an election. Let’s be honest. I’m going to call my governor, he just issued another mandate that businesses can only have 25 percent capacity in Wisconsin. Guess when it ends? Nov. 6. It’s getting even more obvious what this is all about, and it’s pretty sad that this whole thing is about an election and it’s all politics.

“Our country is literally at each other’s throats, pointing fingers at each other. I just wish we could slow down and look at the big picture and realize we’re all getting played.”

On a more personal level, Rothwell only had to look at the membership in his own gym to know that deep down people aren’t inherently good or evil and common ground can be reached even in the most basic ways.

Rothwell spends most of his days training and teaching alongside a diverse group of coaches and students from all walks of life. They put biases aside to help each other while practicing martial arts.

“I had the picture with all of our hands in the middle,” Rothwell explained. “As you can see, there’s lots of different colored hands in the middle. That was my gym. People don’t understand me, they don’t know why I’m in this position because I’ve kind of lived in my little bubble in my gym for the last 10 years knowing world peace.

“I have so many different people that work together. When they come through the doors, they don’t care where they worked, what they did, we come in there to help each other and it’s a beautiful thing. I wish more of the world could be like mixed martial artists. We’d have more world peace in this place. That’s where it’s at. I just try to be there for the community, too. Just try to put myself out there and do the best we can.”

While he understands there’s no perfect answer to sooth the tension that exists in the world right now, Rothwell loves that he’s been able to turn back to martial arts as a refuge of sorts during a really tough time in the United States.

“Mixed martial arts is a godsend – it saved my life,” Rothwell said. “We got our kids classes going again. To see what it does for children, learning real defense and they build confidence and to stop bullying and to learn to work together. For the adults, they come in and they get their stress relief and all of the adults have this going on in Kenosha.

“They come into our gym and just have peace, train together to help each other and to have that. It’s really an awesome thing. I’m forever an ambassador of mixed martial arts. It saved my life.”