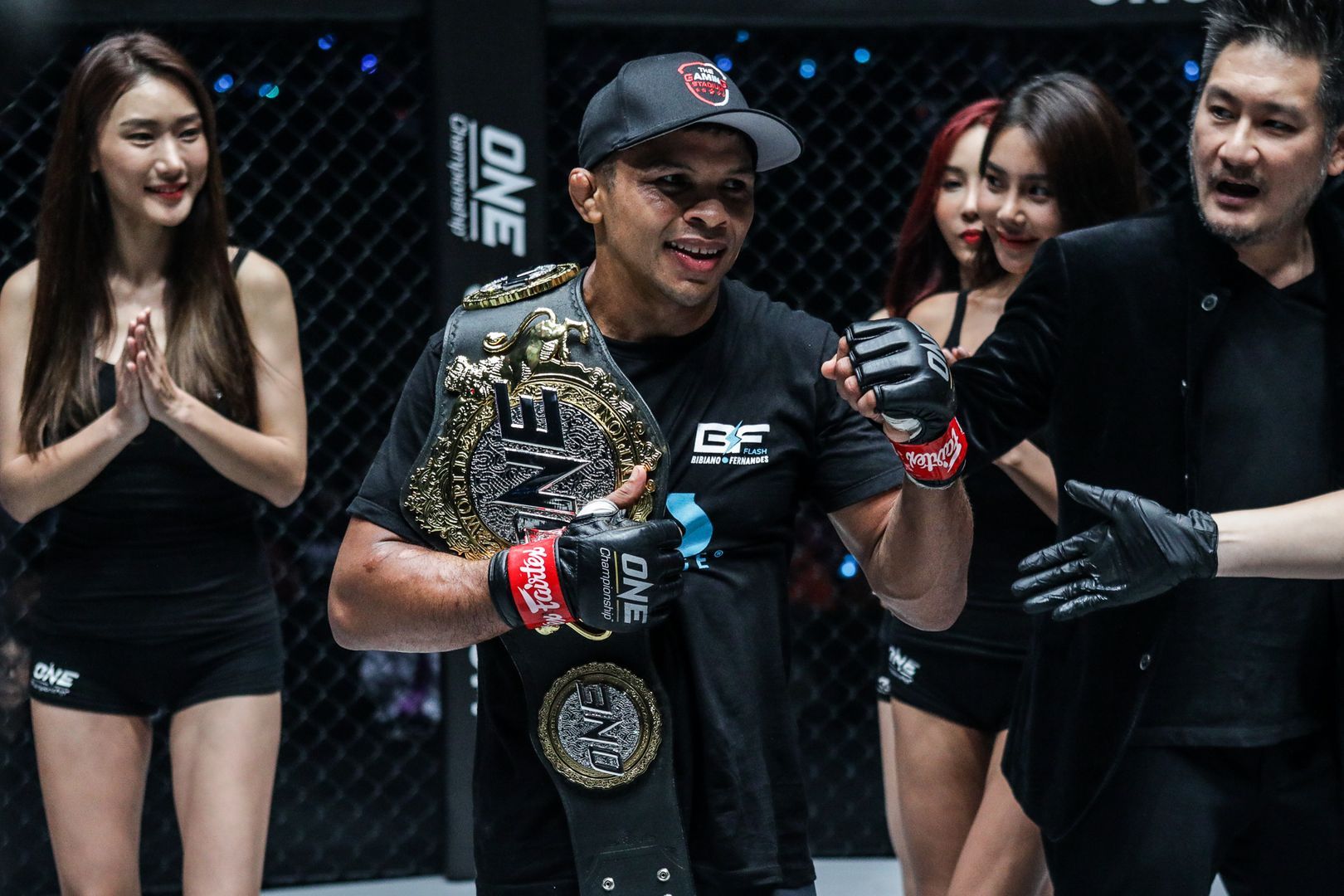 Three-time world champion in Jiu-Jitsu in the IBJJF, and current champion of One Championship, in the Rooster weight division, Bibiano Fernandes is happy with this moment of his career. At the age of 40, the black belt remains disciplined in his training and diet, even without a date to return to action in 2020.

With a record of 24 victories in his MMA career, 9 of which by submission, Bibiano told us how he managed to train under quarantine period, respecting all the rules imposed by the World Health Organization (WHO). He, as mentioned below, even stopped training Jiu-Jitsu for a while, to respect the social distance.

“I did a lot of strength conditioning during this quarantine period. I practiced muay thai a lot and had to leave aside Jiu-Jitsu for a little while, due to the intense contact. At the time when I couldn’t have physical contact, I had to select people to train who were healthy and strong. But, for now that we are back to normal, I have trained a lot in all different disciplines, like Jiu-Jitsu and wrestling. The situation here in Canada is not as serious as in Brazil and other countries. Here, for example, everything was kept under control and was contained beforehand. Now we are training normally”, explains Bibiano, commenting on the current COVID-19 situation in Canada.

With two consecutive victories in the organization, being the last one when he submitted Kevin Belingon to defend his belt and legacy in the rooster weight division.

“I see myself fighting this year, but it all depends on the events. I hope everything goes as expected. The One Championship has already returned with the events, as seen in recent weeks. For my side, I hope that the borders between countries will open again soon. Japan opened, but Singapore and the United States still have their borders closed. Like I said, I see myself fighting this year still, yes! However, if it doesn’t happen, I will be prepared for 2021. I am doing my job”, he says.

Athlete of the One Championship since 2012, when he started writing his story with a victory over Gustavo Falciroli, Bibiano made a point of remembering the best moments he lived in the Asian organization. He chose his victory over Kevin, in October last year, as the most special moment, due to all the controversy that involved the duel.

“I chose this fight against Kevin because they did everything to take the belt from me, but I was able to win. We had three fights as everyone knows. The first one I lost by split decision, but when I went to review the fight… I think I won, but I’m not a referee, right? So, never mind. On the second, I knocked him down and when I was on top, he gave me 10 illegal elbows strikes. That’s when I ended up winning by disqualification. My third fight, which happened last year, was really cool. The guys wanted to take the belt from me, I ended up submitting Kevin with a rear naked choke. It turned out that Kevin couldn’t even move in that last fight, he didn’t do anything at all. I completely changed my strategy, evolved my game. This last fight was very remarkable for me, also a personal achievement for having the opportunity to be in Japan again, because that was where I started my career in MMA. We fight at Ryogoku Kokugikan, a gym full of history, where sumo athletes fight. It was historic for me!”, he says.

Three-time world champion and three-time Pan-American champion, both in the IBJJF, Bibiano has a history full of gold medals in Jiu-Jitsu. His name was undeniable in the rooster division in 2003, 2005, and 2006, when the World Championship was still held at Tijuca Tênis Clube, in Rio de Janeiro.

“I always practice Jiu-Jitsu, sport is therapy for me. I put on my kimono every Saturday and there I put my mind to think! I put my hands and feet to learn to evolve in positions. I enter an area that only I can enter: it is a therapy, like a chess game. My jiu-jitsu is my lifestyle. I remember clearly of the first time I put on the gi and after training how I felt relieved… It is something that takes my stress away, it helps me a lot today. I want to fight Jiu-Jitsu and compete again. Jiu-Jitsu is in my blood, in my DNA. It is from my Jiu-Jitsu that I take the transitions that I make in MMA. I will be open to super fights in the future and I will make it happen”, he projects.