Every now and again, we end up with an MMA story from out of left field. This is one of those instances.

From the Houston Chronicle:

A Sugar Land professional mixed martial arts fighter faces a misdemeanor charge that accuses him of trapping a bobcat, failing to provide it with food and water and then attempting to sell the animal on Craigslist for $1,000.

Yes, you read that correctly: An MMA fighter allegedly caught, trapped, starved, and attempted to sell a wild animal.

According to the newspaper, Jovidon Sorbon, 33, was arrested Nov. 25 almost a year after being charged with cruelty to non-livestock animals, and it was all thanks to a sting operation in which undercover agents showed interest in buying the bobcat after they were tipped off about the troubling ad on Craigslist.

You also read that correctly: A sting operation was needed to save a bobcat being held captive by an MMA fighter. 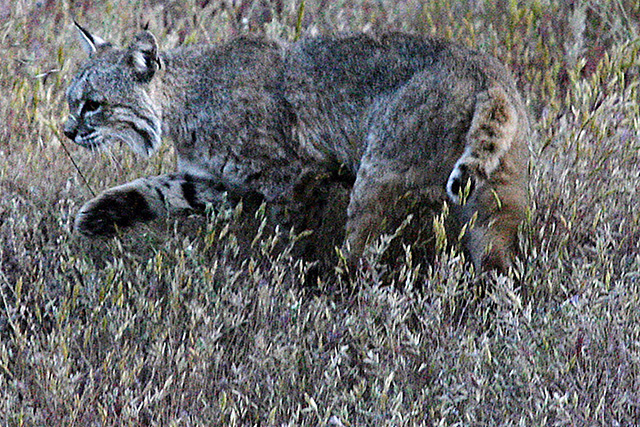 This not the wild bobcat allegedly held captive by an MMA fighter, but it is a wild bobcat. (Associated Press)

Sorbon has two fights to his credit on his Tapology profile – one as an amateur, one as a professional, both first-round knockouts under the Fury FC banner. His attorney, Brandon R. Cammack, disputed the allegations.

“It was actually somebody else who had trapped the bobcat,” Cammack told the Chronicle. “He did not own it. He didn’t capture it. He didn’t trap it. He got involved because he agreed to help a friend deliver the bobcat for the sale.”

Whatever the case, good news is that the bobcat is now living happily with the Houston Society for Prevention of Cruelty to Animals.