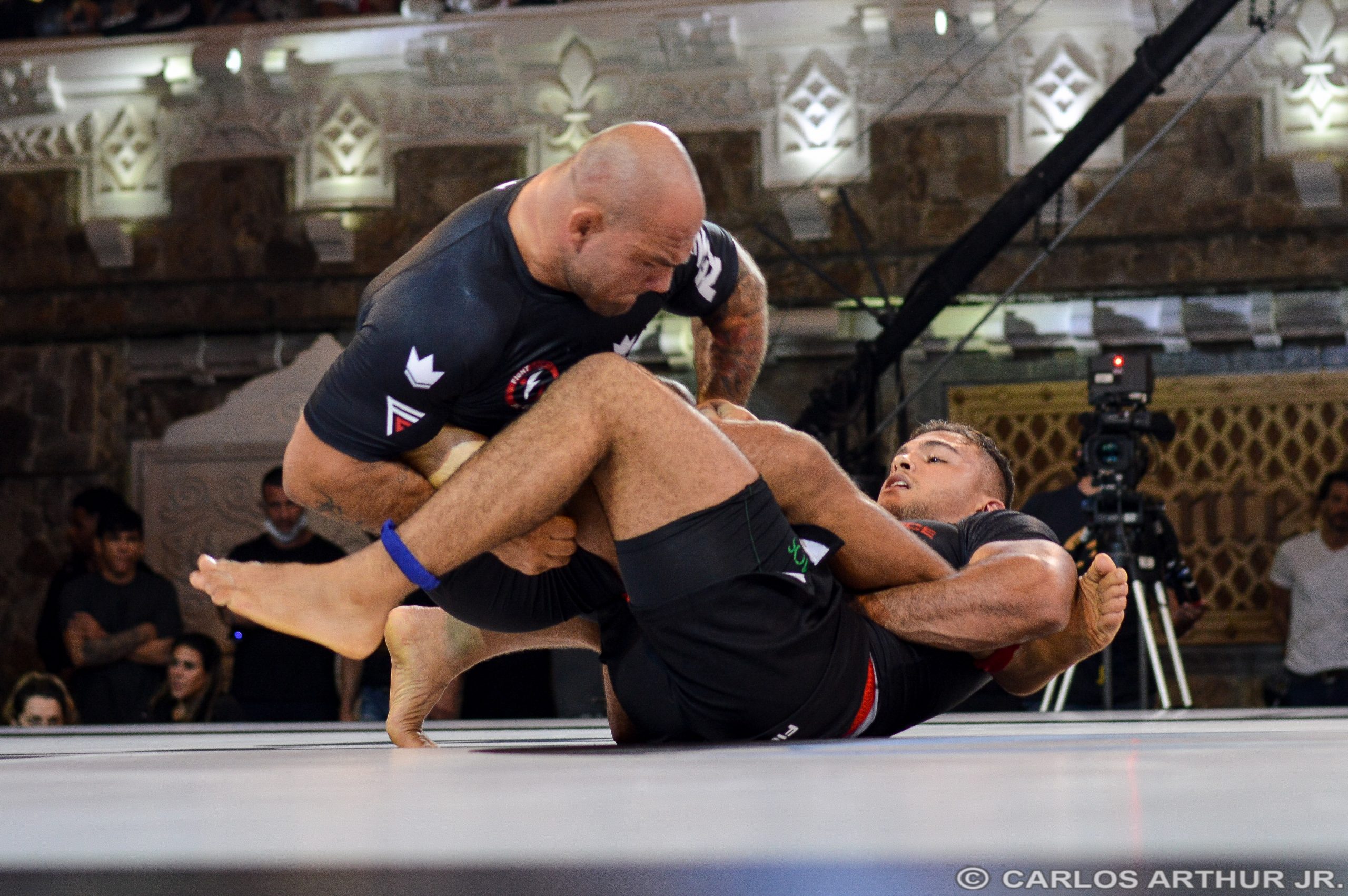 Cyborg goes down with his hand in place for the heel hook. Carlos Arthur Jr.

Held this Saturday, Sept. 6, BJJBET’s debut event had 13 matches across gi and no-gi. The card was livestreamed from a castle in São Paulo state.

In the main no-gi event, the veteran Roberto Cyborg took on Kaynan Duarte, the young star from Atos. After an intense exchange of grips and some takedown attempts, Kaynan pulled and worked to sweep. Unable to achieve the reversal, Kaynan placed himself under Cyborg’s legs. This maneuver would have resulted in a heel hook — but Cyborg thought fast.

As soon as Kaynan produced the leg tangle and thought of attacking the foot, Cyborg took his own shot at Kaynan’s heel and managed to get there first. Kaynan then tapped out.

Prior to this, in the main classical event, Felipe Preguiça and Erberth Santos were once more pitted against each other. Their previous match, in BJJ Stars, had ended prematurely after a fight broke out, leaving the encounter without a result. This time the duel did play out, but again ended in atypical fashion.

At the start, Erberth was combative, seeking the action, even scoring first with a takedown. However, working from the guard, Felipe managed to reverse and pass, arriving on the mount and smothering Erberth from the top, underhooking both arms and applying pressure.

“It’s a position I use often in my training,” Felipe told Graciemag. “He said, ‘Enough, enough!’ I signaled to the ref that he had surrendered.”