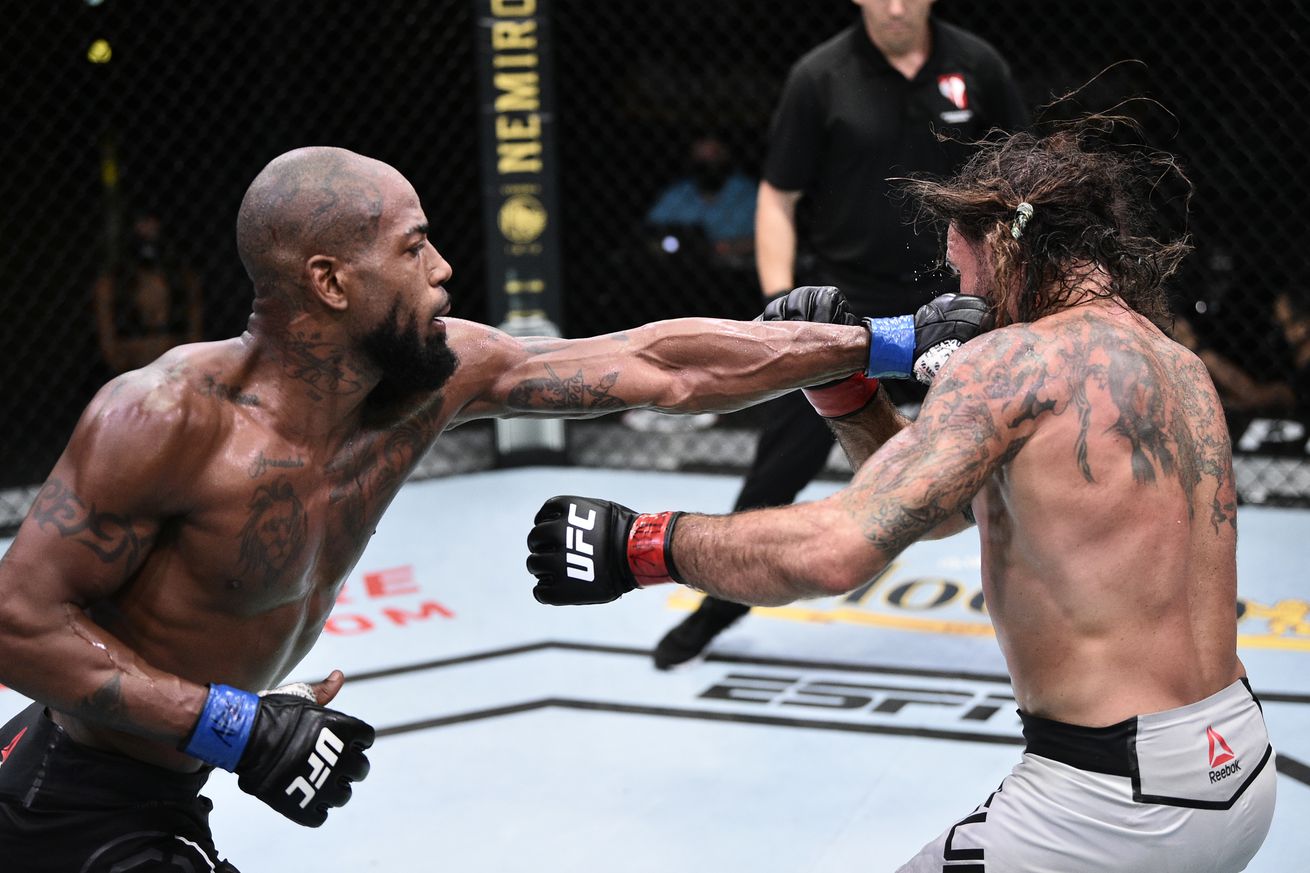 Bobby Green won three decisions in a row since June 2020, including a decision over Clay Guida | Zuffa LLC

Bobby Green is yet again set for a fight in the UFC in 2020.

“King” has agreed to take on Brazilian lightweight Thiago Moises at the upcoming UFC Fight Night card in Las Vegas, scheduled for Oct. 31 at UFC APEX, multiple sources with knowledge of the booking told MMA Fighting.

Green (27-10-1) is on a roll after consecutive decision wins over Clay Guida, Lando Vannata and Alan Patrick between June and September of 2020. This is his longest winning streak since 2014 when he beat Jacob Volkmann, James Krause, Pat Healy and Josh Thomson.

Moises (13-4) returns to action after withdrawing from a UFC fight with Jalin Turner due to a positive COVID-19 test result earlier this month. The Brazilian lightweight is coming off of a second-round submission victory over Michael Johnson in May.

The Fight Night card will be headlined by former middleweight champion Anderson Silva against Uriah Hall.