While Brad Katona can’t fathom why he was let go by the UFC, he says all he can do now is keep pushing forward.

Katona (8-2), winner of Season 27 of “The Ultimate Fighter,” was released by the UFC in February after going 2-2 in the promotion.

He defeated Jay Cucciniello in the “TUF 27” tournament’s final, then went on to defeat Matthew Lopez at UFC 231. But after suffering back-to-back unanimous decision losses to Merab Dvalishvili and Hunter Azure, the Dublin-based Canadian was cut from the roster.

“It was a surprise,” Katona told MMA Junkie. “It was a little bit of like, ‘Are you serious?’ I don’t have much to say about it besides it was disappointing, and I caught a lot of people off-guard. I went from winning the two fights in the house against two guys who are now signed to the UFC, undefeated in the UFC, besides me I guess, but those are exhibition so those don’t count. It seems like they discounted those two fights in the house pretty quickly.”

He continued, “It doesn’t make sense. It’s not like I fought guys who are on the lower end of the UFC. I fought Merab, and he’s now in the top 10, he’s fighting Cody Stamann soon, he’s gone on a streak, and then I fought Hunter Azure, who I still think I won the fight, but at the time he was 9-0 or something. It’s not like I’m going against the lower rank of the UFC ladder. They gave me two hard opponents and I agreed. … It’s not just, but at the end of the day, if I want to get back in, it’s about making myself undeniable, and that’s what I’m going do Oct. 31.”

In September, Katona signed a multifight contract with Germany’s Elite MMA Championship (EMC) and will challenge the organization’s reigning bantamweight champion Stipe Brcic in the co-main event of EMC 6 on Oct. 31.

With wins over the likes of Kyler Phillips and Bryce Mitchell at the “TUF” house, Katona is out to prove that he’s still an elite fighter that can hang in the top organizations.

“The goal is to keep beating top competition that I’ve done in my entire career, and if the UFC wants me, we’ll go that route, and if somebody else wants me, we’ll go that route,” Katona said. “I’m at a position right now where I just want to show what I have to offer, and this is the perfect stage to do it. It’s going to be be five rounds, so I have 25 minutes to show really my skillset and why I believe I am a draw and a future star.” 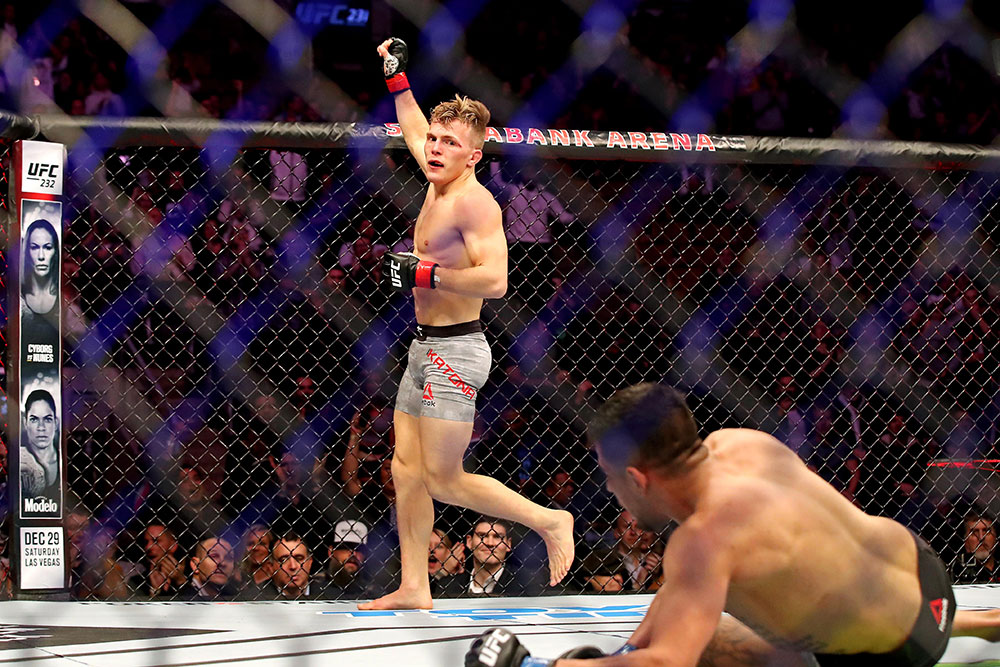