Brandon Moreno didn’t go long without an opponent at UFC 255 as he is now set to fight Brandon Royval at the November event.

After an injury to Cody Garbrandt opened up a flyweight title opportunity for Alex Perez, Moreno (17-5-1 MMA, 5-2-1 UFC) was left without a matchup. The promotion took quick action, though, booking Royval (12-4 MMA, 2-0 UFC) to step in for a matchup with high entertainment potential.

On Friday, Royval confirmed an earlier report from BJPenn.com that he’s stepping in.

Royval has delivered big time in his first two UFC appearances. He’s picked submission wins over Tim Elliott and Kai Kara-France, both of which have earned him an extra $50,000 fight-night bonus. He’ll try to keep that run alive in his third octagon appearance.

Moreno is the type of fighter who could make for a “Fight of the Night,” as the Mexican fighter is always entertaining. “The Assassin Baby’ is unbeaten in three fights since returning to UFC for a second stint in September 2019. 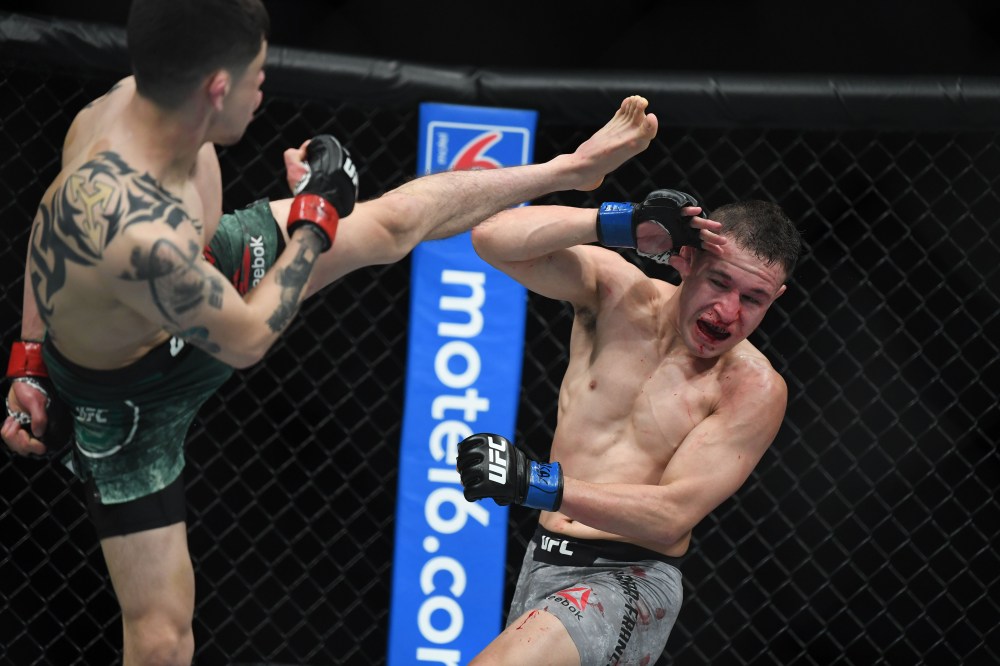