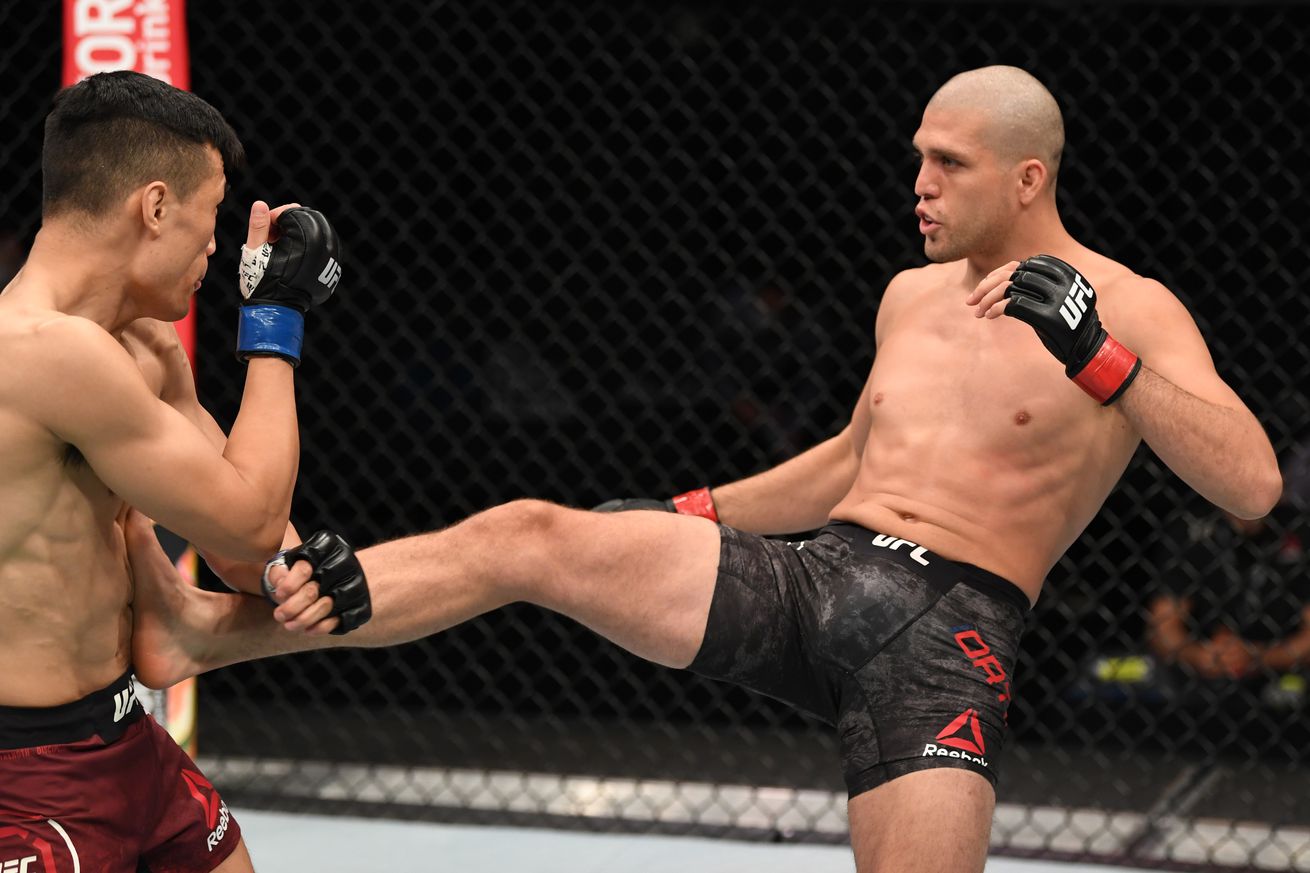 UFC featherweight Brian Ortega got MMA fans talking at UFC Fight Island 6, and not just because he delivered a commanding performance against Chan Sung Jung.

Ortega’s oversized cup was the subject of much curiosity during the five-round fight earlier this month in Abu Dhabi, and he didn’t address – and wasn’t asked – about his equipment after a unanimous decision win.

On Monday, Ortega decided to end all the mystery and explain his side of the story.

“Okay the real story of the Cup I was wearing,” he wrote in an Instagram post. “I was in such a hurry that when I left to Abu Dhabi I accidentally grabbed my little bro’s cup and left mines at home. @ortegaachriss thanks for saving my balls literally.”

It’s not really clear if Ortega, 29, is kidding around, given his brother, Christopher, is 15. Christopher Ortega is himself a talented young martial arts practitioner, though his older brother doesn’t want to see him go into fighting.

Whatever the case, Brian Ortega’s career is trending up after his most recent win, which put him back on the right track after a brutal loss to now-former champ Max Holloway in 2018 at UFC 231.