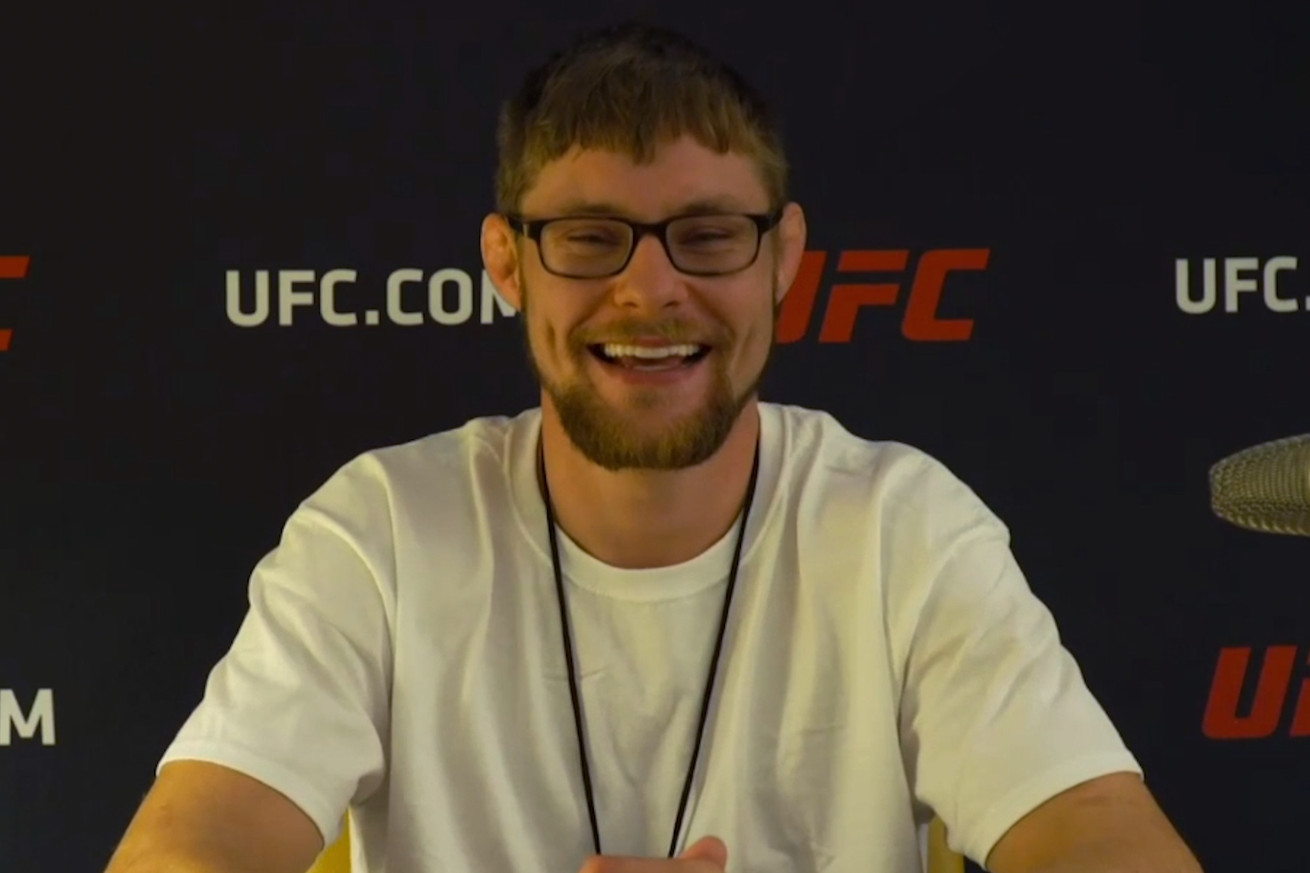 Ever wanted to trash the boss’s office?

Bryce Mitchell had a similar scenario set up in his head if he didn’t get the UFC to let him fight in his beloved camo shorts at UFC Vegas 12.

Just how serious it was is another thing. But Mitchell is a man with his own outfitting policy, and he’s willing to fight for it, verbally or otherwise.

“I had this whole thing envisioned in my head,” he said on Wednesday during the virtual media day before his fight against Andre Fili. ”I was going to walk out to the fight, and they were going to check me at the ring, and I was just going to go, boom, and take off my sweat pants, and there was going to be camo shorts in there.

“Then I was going to run into the cage, and there was going to be security guards trying to pull me out of the cage, and then I was going to be fighting the security guards, them dudes in the red vests, and I figured if I got the first hit on one of them dudes, I could drop one of them, and then the other one would be putting up a good fight. Then I was hoping my cornermen would be jump in, because there would probably be about three more red suit dude coming in, so it be kind of like a little brawl going on.

“That’s what I was expecting would happen, and I’m really glad that that didn’t have to happen. They probably would have sued me, or definitely would have fired me. “

Thankfully for everyone, Reebok caved to public pressure and gave Mitchell what he wanted for Saturday’s fight at UFC APEX. The fans and UFC President Dana White may have given the UFC outfitter a nudge, as well. Public pressure can work wonders.

“They just couldn’t deny me any more, because too many people were complaining at them,” Mitchell said.

Why is it so important for the submission specialist to represent one pattern? It’s everything he grew up with in small-town Arkansas.

“Well, when I go into that cage, I sign a piece of paper saying I could die, and so I want to do so representing where I’m from and the people that I love,” Mitchell said. “I can’t think of a better way to do it than with a pair of shorts that says something about me. … They represent the stuff that I love.”

That’s family, guns, hunting, power tools and cars. Mitchell’s hilarious commercial for a local car dealer got him a lot more attention. And when you’re trying to change the rules, it’s a good idea to be very visible and very persistent.

This is the greatest commercial EVER made. Congrats @ThugnastyMMA pic.twitter.com/Im9iXzVJTd

But don’t rule out an unsanctioned Royal Rumble, Mitchell added. If things don’t go his way in the future, he might live out that fantasy.

“I’m not going to rule it out,” he said. “If they try to tell me the fight got scrapped or something, maybe I just run out there anyways and put on a free one for the fans. I won’t rule it out, but hopefully, it doesn’t come to that. That’s the last resort.”