The UFC featherweight said he broke his left hand in his co-main event bout at UFC on ESPN+39 on Saturday in Las Vegas. Despite the injury, Mitchell (14-0 MMA, 5-0 UFC) was able to pick up a decision win over Andre Fili (21-8 MMA, 9-7 UFC) to remain unbeaten in his professional MMA career.

Mitchell said the injury happened in the first round.

“I broke my hand in the first round and kept swinging with it,” Mitchell said at the UFC on ESPN+ 39 post-fight news conference. “I was like, ‘The hell with it. I’m going to keep throwing it.’

“I knew something was wrong with my hand and I just envisioned myself doing better. I think it was on an overhand left (when I broke it).”

Mitchell didn’t reveal the extent of the injury but doesn’t expect to be in the cage any time soon.

Saturday’s bout was Mitchell’s biggest moment in the UFC since it was the highest placement he’s had on a UFC card and arguably against the toughest opponent.

And though he picked up a solid win, he knows there’s still plenty of work to be done.

“I keep getting better every fight, but every fight I feel like there’s something wrong that I have to fix,” Mitchell said. “I’m just going to try to improve as much as I can and heal my body right now because I have some healing to do.” 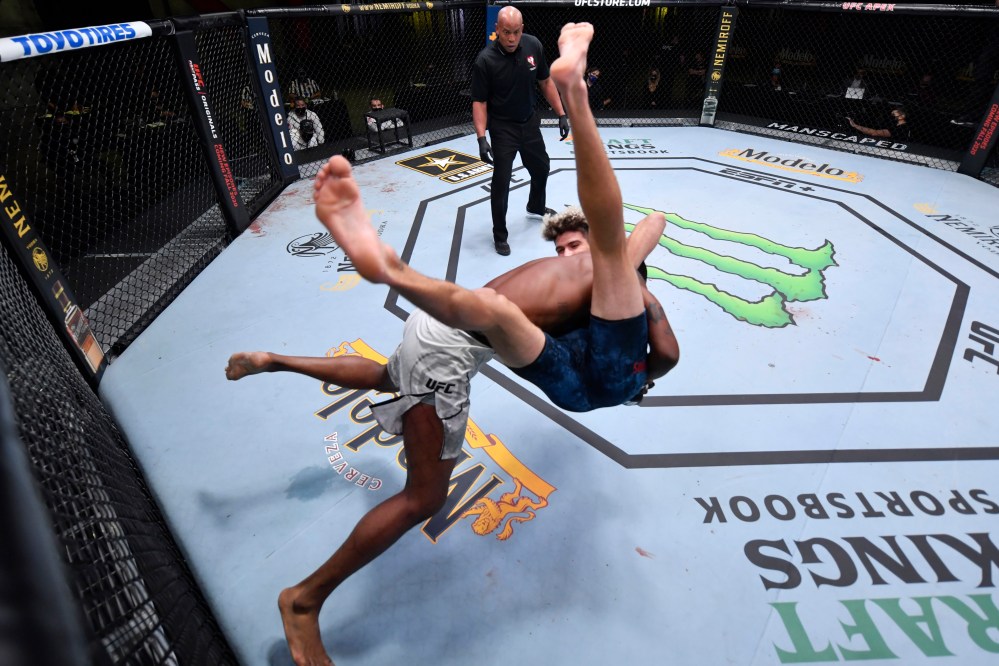