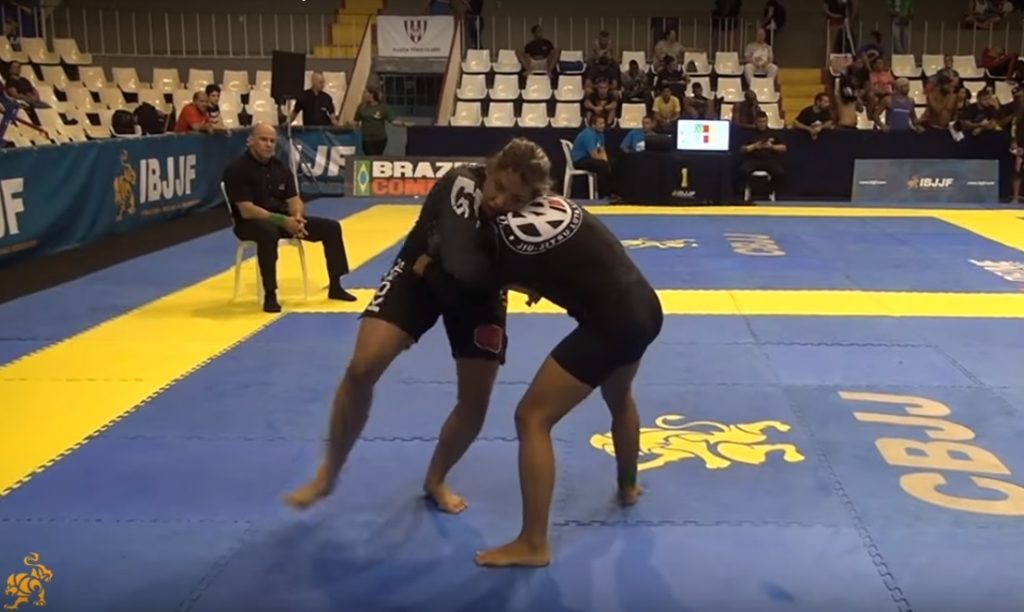 Fighting at the 2018 No-Gi Brazilian Nationals in Rio, Carina Santi rose above her peers. The G13 BJJ representative took gold in the heavyweight division with no opponents, but she had a hurdle between her and the title in the absolute.

GFTeam’s Aline Xavier, who reached the final in the light feather division, was Carina’s opponent. Carina took control of the fight and gave her no spaces. Aline tried to work from the closed guard, but Carina soon broke free and, during the standup grip exchange, set up her attack: in a quick motion, Carina passed her arm over Aline’s neck and sank it deep to take her hand from one side to the other, thus closing the hand triangle.

The ensuing seconds of adjustment were crucial in maximizing the power of the move. And the tapout followed.