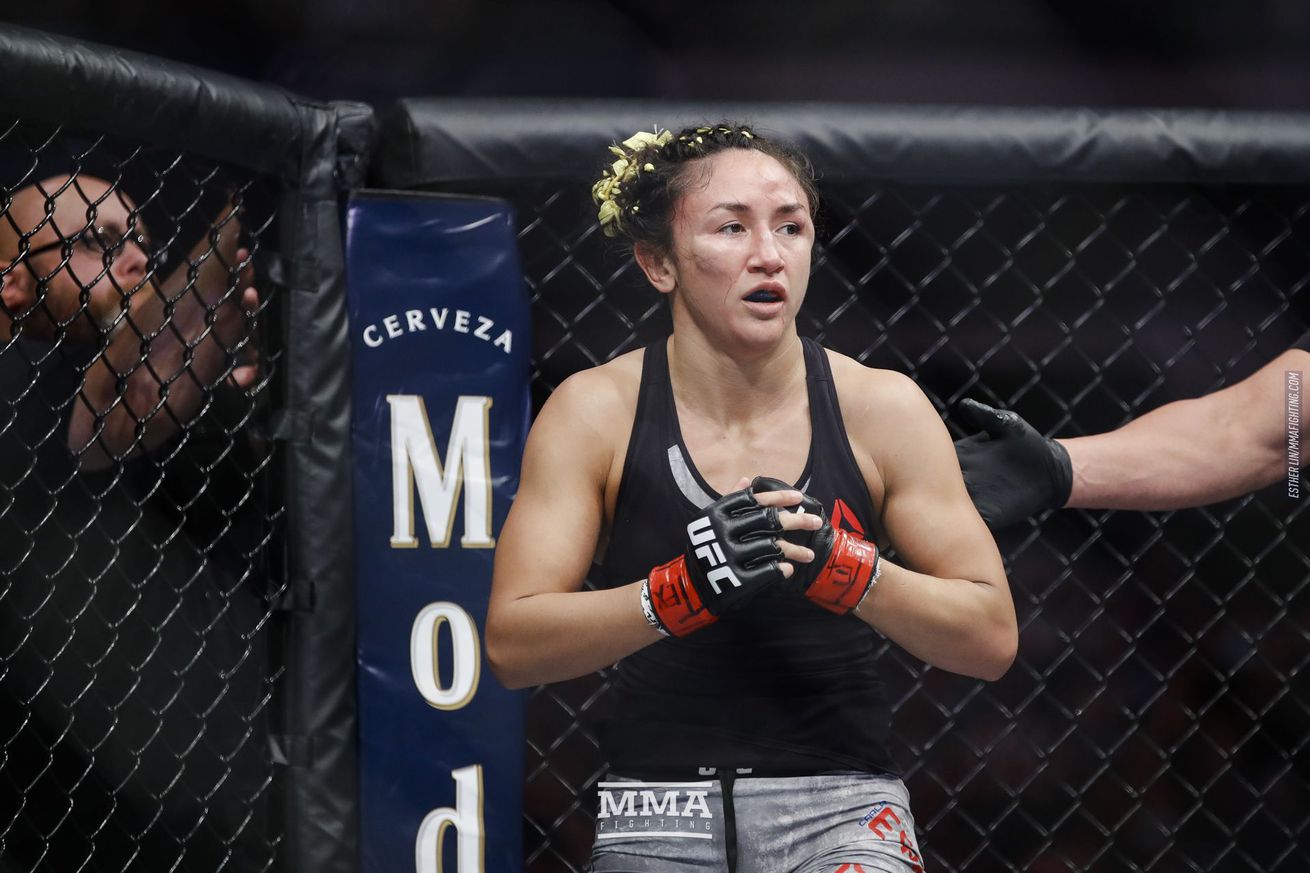 Ribas had an in the works matchup with Carla Esparza planned for the Dec. 12 pay-per-view event, but that matchup will no longer be happening, multiple people with knowledge of the shift told MMA Fighting on Friday.

The matchup had been agreed upon by both fighters but wasn’t finalized due to the date, according to a person close to the situation. The hope is the matchup can be booked for a future event in early 2021, though the current plan is to keep Ribas on the UFC 256 card against a new opponent to be named later.

Ribas became one of the hottest prospects in the UFC after scoring wins over Emily Whitmire, Mackenzie Dern, Randa Markos and Paige VanZant over the past 18 months. The UFC is currently searching for a new opponent to face Ribas on the same card at the UFC Apex, sources said.

Ribas called out the winner of “The Cookie Monster” vs. Marina Rodriguez after making short work of VanZant in July, and Esparza gave Rodriguez her first MMA loss days later on Fight Island. That was Esparza’s fourth straight victory in the UFC, but she won’t be making her return to the cage in 2020.