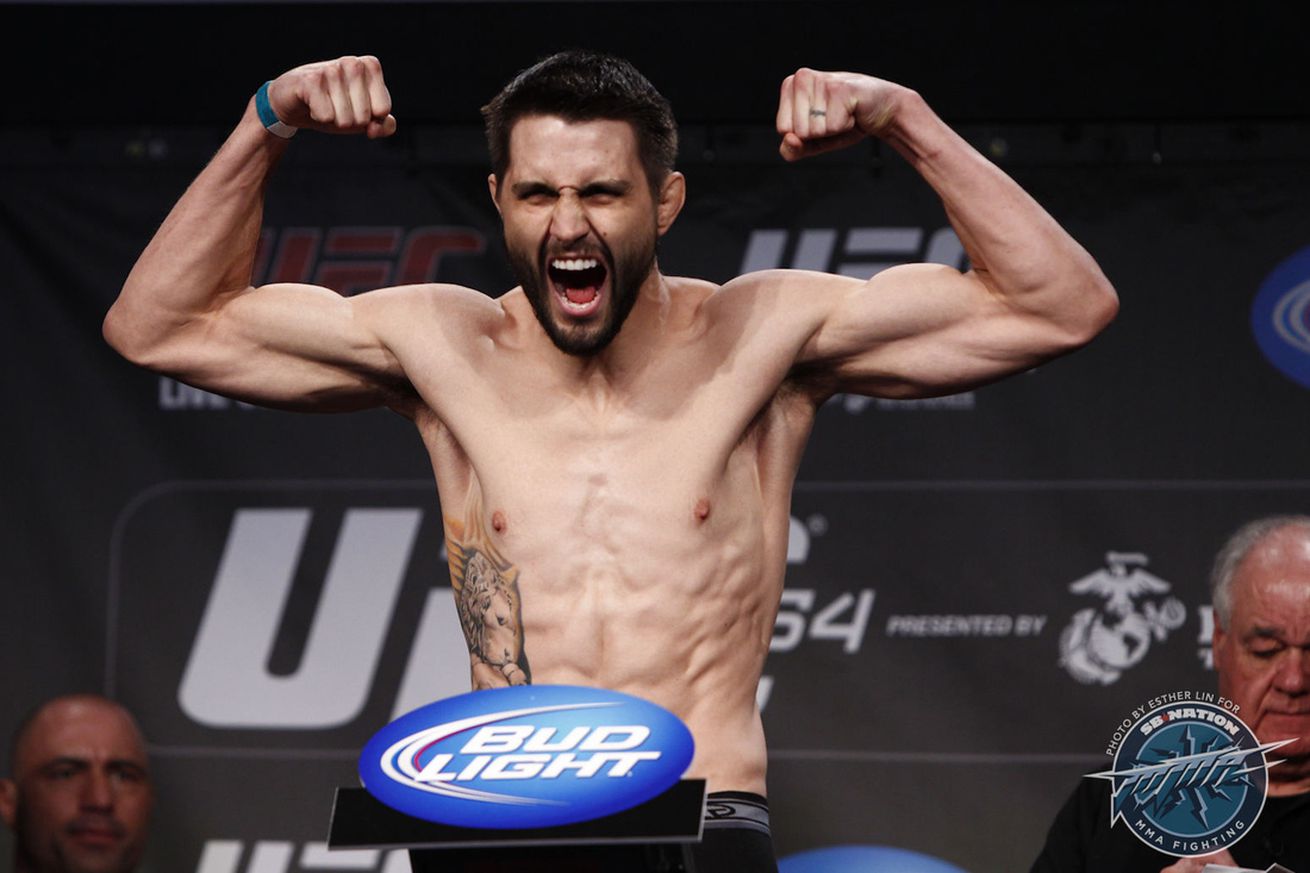 “The Natural Born Killer” is back.

Former interim welterweight champion Carlos Condit has booked his next fight against Court McGee for the upcoming UFC event on Oct. 3.

Multiple sources confirmed the matchup to MMA Fighting on Wednesday after Condit initially announced the pairing on the Buck and Dex podcast.

Known as one of the most exciting fighters on the entire roster, Condit has faced the best of the best throughout his career including high-profile wins over Dan Hardy, Rory MacDonald and Nick Diaz. Unfortunately, he’s fallen on tougher times in recent years after dropping his past five fights in a row, including his most recent appearance in 2018 when he fell by submission to Michael Chiesa.

Now, Condit is back with hopes of returning to the win column when he faces a former Ultimate Fighter winner in McGee.

A 16-time veteran of the UFC, McGee first joined the promotion after winning the reality show competition back in 2010. For this fight, McGee will also look to return to the win column after dropping back-to-back decisions to Sean Brady and Dhiego Lima.

The upcoming card on Oct. 3 is expected to be headlined by a women’s bantamweight showdown with former champion Holly Holm taking on Irene Aldana.