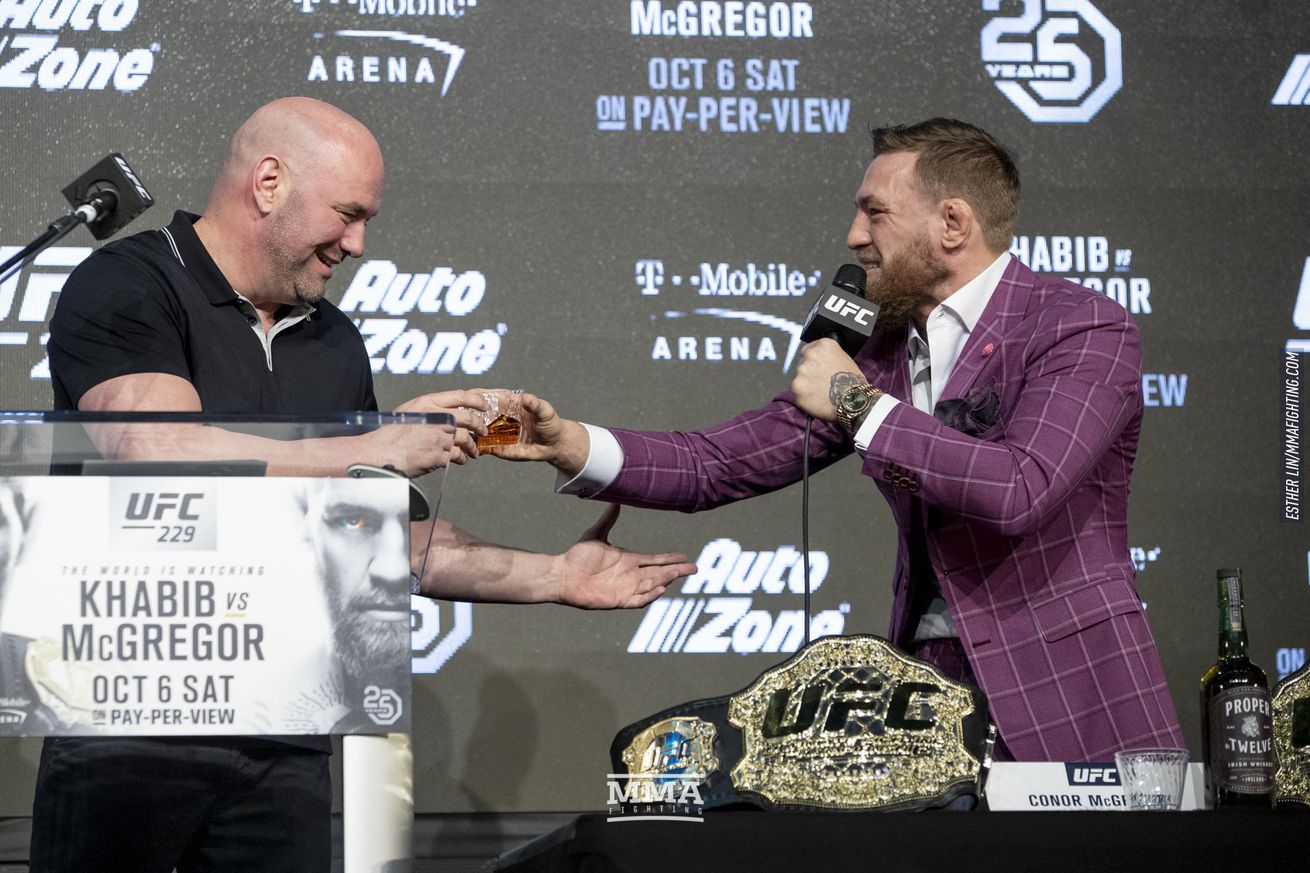 Three-time UFC title challenger Chael Sonnen did a lot of beefing with opponents inside and out of the cage. You never saw him take a shot at his promoter, though, and there’s a reason for that.

Watching Conor McGregor’s most recent kerfuffle with UFC President Dana White, Sonnen thinks the former two-division champ is doing the exact opposite of the smart thing and ultimately will end up harming himself if he pursues a charity boxing match with Dustin Poirier.

“I wish Conor the best, but if I could give Conor any advice, and I’ve given him plenty over the years – do not go into the promoting game,” Sonnen told MMA Fighting. “You’re going to fall on your face, and you don’t know what you’re doing.”

McGregor made it clear he wanted to cut the UFC out of the picture when he agreed on Twitter to a Dec. 12 “charity Mixed Martial Arts” against Poirier with proceeds going to his former opponent’s nonprofit, The Good Fight, and other organizations of his choosing. The exhibition would air on pay-per-view.

The offer came shortly after McGregor, who retired for a third time in June, announced he was pursing a boxing match with Manny Pacquiao, with whom he reportedly shares a management interest; Pacquiao has disputed a contract with Paradigm Sports.

Although the details of McGregor and Poirier’s contracts are not public, UFC contracts give the promotion a wide latitude to control an athlete’s activities outside the cage, particularly when it comes to the skills they demonstrate in the octagon. Whether or not the bout was an exhibition or for charity, the UFC would certainly challenge in court a pay-per-view event held without their permission.

That possibility miss the bigger point, said Sonnen. Asked what chance he gave McGregor of actually promoting an event in Dublin, he said, “zero.”

“I don’t think Conor will ever promote a fight any more than Floyd Mayweather ever promoted a boxing event,” Sonnen said. “Floyd runs around with TMZ and the Money Team – you couldn’t pull into their office right now if you wanted to, because it doesn’t exist. It’s not real, any more than McGregor Sports and Entertainment is real. It’s just some names that they put on a letter and file for a tax ID number. These aren’t real things. But he needs to keep it that way.

The UFC has a long track record of prevailing in disputes with athletes. Sonnen’s longtime teammate, UFC Hall of Famer Randy Couture, ended up in lengthy court battle when he attempted to retire from the promotion for a fight with Fedor Emelianenko. He said the episode cost him $500,000 in legal fees.

UFC fighters regularly receive permission to participate in grappling competitions and other sporting events. In 2013, UFC vet Nick Diaz promoted a small MMA event after a failed bid for the welterweight belt. But McGregor is much bigger star than any other fighter in the promotion’s history, so the fate of his decision to buck the UFC – if serious – carries more weight.

As much as the Irish star is known for scrapping with his promoter in public, he’s equally known to return to the fold after an outburst. Most MMA observers believe his latest retirement is nothing more than a ploy to negotiate more favorable terms of employment.

In his latest spat with the UFC, McGregor called the promotion “borderline criminal” for keeping him on the sidelines so long after a triumphant comeback in January where he knocked out Cerrone at UFC 246. He made public direct messages exchanged with White in accusing the promoter of trying to control him and offering “stupid fights.” The messages provoked an angry response from White, who said McGregor broke “man code” and did “one of the dirtiest things you can do.” White subsequently announced a coaching spot on The Ultimate Fighter 29 and a rematch with Khabib Nurmagomedov was taken off the table because of the texts.

Sonnen said if McGregor wants things to end well, he’s going to have to come hat in hand to the UFC.

“They’re going to have to work this out,” he said. “I’ve seen so many guys go head to head with Dana and thinking that they’re bigger than the organization, and these same guys – Jon Jones is going through it right now where he’s also retired and going to vacate, [or] Henry Cejudo, god bless him, whether he was trying to play chess or he really sincerely thought I want to go out on top – they were all doing it as an attempt to get over, and these guys, they’ve left the sport since. The sport goes on. Or they’ve been in the sport and they get suspended. For Jon Jones to believe he’s got a power in this industry, he’s been suspended twice and the industry moved on just fine.

“It’s just a very weird deal. It’s this very weird concept where you can lose touch. I don’t know how that happens. These are athletes that, for the most part, are just blue-collar, hard-working guys. I would also imagine that it comes from the people around them and tell him how great and valuable and important they are. It’s just one of these things.”