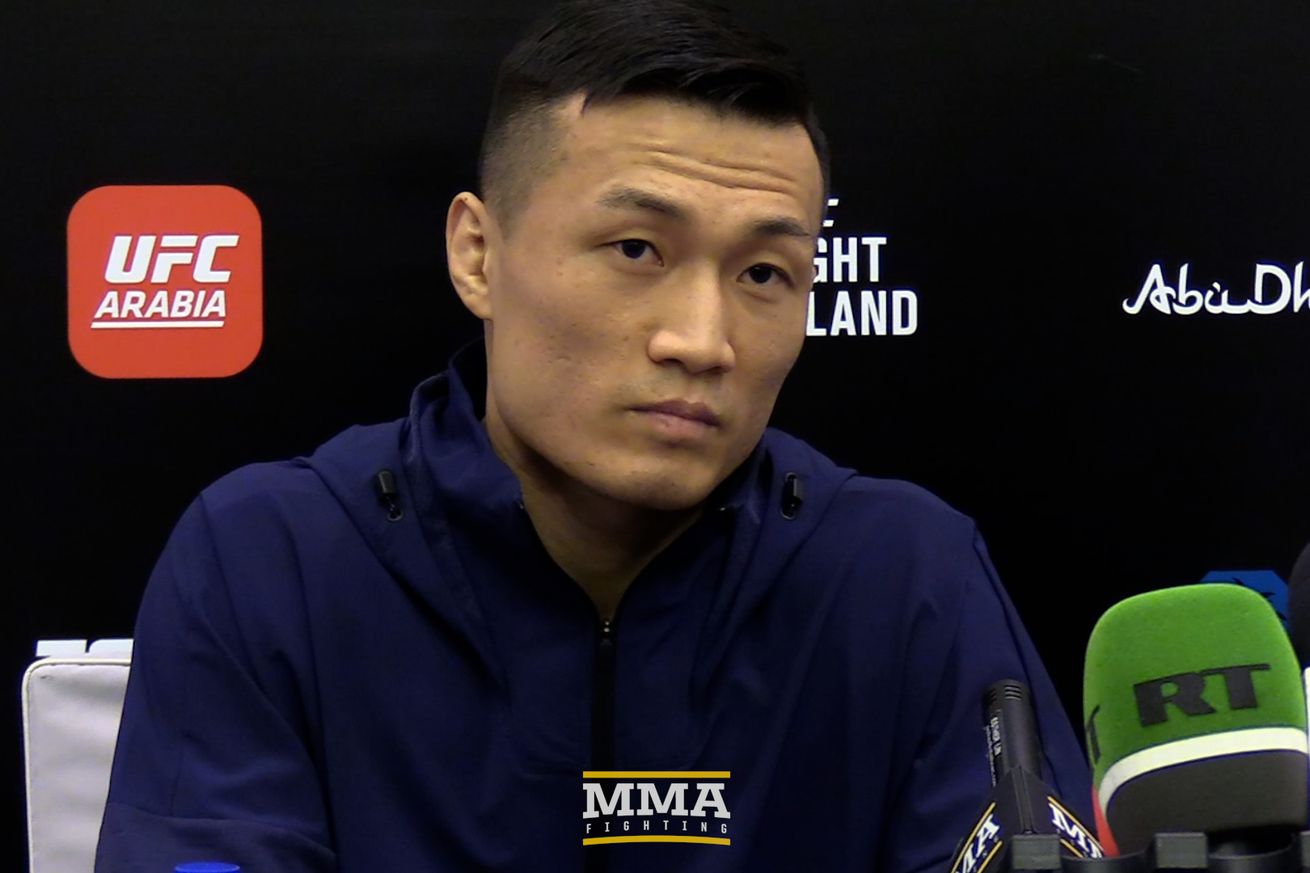 Nothing is distracting “The Korean Zombie” Chan Sung Jung from collecting a win over Brian Ortega this weekend at UFC Fight Island 6. But the always-exciting featherweight also understands the magnitude of his matchup.

With two of the top five ranked fighters in the world at 145 pounds set to clash and reigning champ Alexander Volkanovski without an opponent, Jung believes he can secure his shot at the gold with a win.

Add to that, UFC President Dana White called the matchup a “No. 1 contender fight” earlier this week. That only strengthens Jung’s belief that he controls his own destiny ahead of the matchup with Ortega.

“I think it’s obvious,” Jung said about a title shot during the UFC Fight Island 6 media day. “Because Dana White already mentioned officially in his interview, and I think it’s without saying.”

“The Korean Zombie” has won back-to-back fights, knocking out Frankie Edgar and Renato Moicano. If not for a last-second, unforeseen elbow strike from Yair Rodriguez in their bout back in 2018, he would have won four consecutive bouts.

Ahead of his fight with Ortega on Saturday, Jung readily admits he can’t wait to take a second stab at winning a UFC championship after coming up short in his previous bid in a loss to Jose Aldo seven years ago. That said, he can’t allow himself to get too distracted by the prospects of fighting for a title because he still has to get through Ortega first.

“I really want to become a champion, maybe more than anyone else,” Jung explained. “But right now I’m focused on Brian Ortega. I’m not thinking too much other.”

While he’s not spending much time thinking about the current featherweight champion right now, Jung has obviously seen Volkanovski compete since arriving in the UFC.

The Australian is undefeated inside the octagon including back-to-back wins over Max Holloway to claim the title and then defend it for the first time.

The second fight between Volkanovski and Holloway was actually even closer than the first, and while Jung will gladly take the title from whomever the UFC calls the champion, he actually believes the judges got it wrong.

“I’m focused on Ortega right now, but as for Volkanovski, I think Holloway won that second fight,” Jung said. “It was somewhat close. I understand that he’s the champion, so they probably gave it to him. But I thought Holloway won the last fight.”