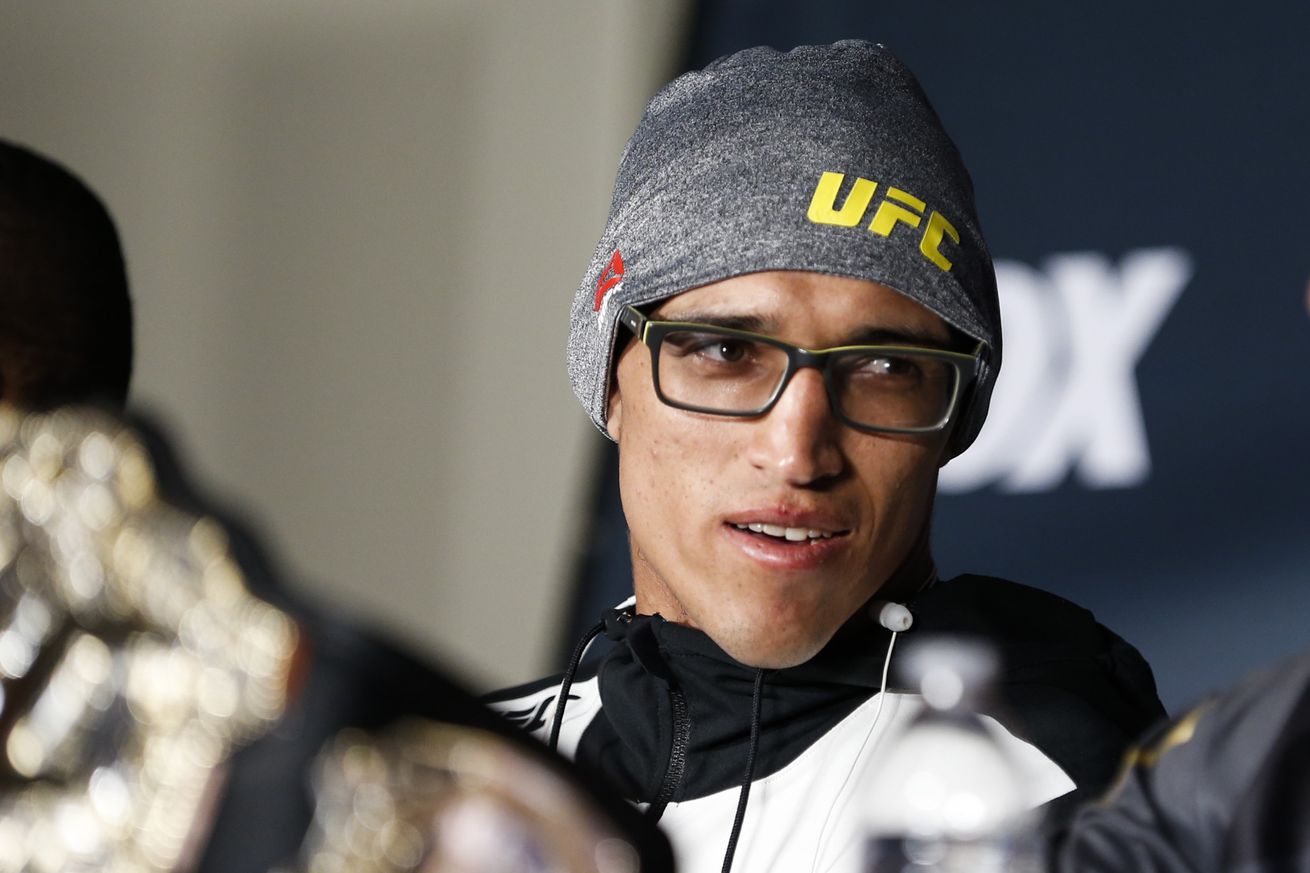 Charles Oliveira wants a top-5 opponent after winning seven in a row in the UFC. | Esther Lin, MMA Fighting

“Do Bronx,” who finished seven opponents in a row in a 21-month span, voiced his discontent in an interview with MMA Fighting just days after new broke that Chandler would fly to Abu Dhabi to be available for a title fight in Abu Dhabi.

“I’m in the best moment of my life, seven wins, man, and I don’t have an opportunity to fight someone in the top-5,” Oliveira said. “And now some guy from Bellator, who got knocked out in the first round (by Patricio Freire), he gets signed and is the next challenger for the belt. How come? I don’t get it. I don’t understand it.

“It’s seven wins in a row and I don’t leave it in the judges’ hands, I go there and get the knockout or the submission. Go watch all of my fights, the first one all the way until my last one against Kevin Lee, which one wasn’t a show? When did I get booed? Never. Regardless if I won or lost, I’m always moving forward, always putting on a show.”

Chandler (21-5) became a free agent after knocking out Ben Henderson in August, and opted to sign with the UFC after a decade-long career in Bellator, racking up an impressive 18-5 record under the company’s banner. “Iron” Chandler lost his belt in just 61 seconds against “Pitbull” in May 2019, bouncing back with first-round finishes over Sidney Outlaw and Henderson.

Oliveira was hoping to face a top-ranked opponent in the octagon after submitting Kevin Lee in the main event of UFC Brasilia in March, but was matched up against No. 11-ranked Beneil Dariush for Oct. 3. “Do Bronx” pulled out from the fight due to “personal problems,” and says he’ll be ready to fight again by November. He declined to elaborate on the issues he’s dealing with.

It’s still unclear if Oliveira will get the fight he’s hoping for when he returns, and whether or not Chandler will remain the next man in line for the 155-pound belt if nothing happens to Nurmagomedov and Gaethje. The Chute Boxe fighter wasn’t happy when the UFC booked him to fight Dariush, and asks to face for “someone who’s ranked ahead of me” before the end of the year — especially if that name is Tony Ferguson.

“I saw that (Dustin) Poirier left the (Tony) Ferguson fight because of money, some negotiation, and I’d definitely fight Ferguson,” Oliveira said. “It would be a great honor for me, a great fight, but it would have to be in November. I can’t train and focus on a fight and do what I’m doing now. I’m training right now, but not with the responsibility of knowing I have a fight coming it, no diet or other things while I figure out what I have to figure out.”

Would Oliveira be willing to be the one to welcome Chandler to the eight-sided cage, then?

“Is Michael Chandler really tough? Sure, he was the Bellator champion and deserves respect, but where is he in the rankings?” Oliveira said. “He just got here with a big name and I’d definitely fight him, but now I want to fight someone ranked ahead of me. If there’s no one [available] and it has to be him, bring it. I’ll show him that he’s in the UFC now and there are no fools here.

“If Charles could choose it would be someone from the top-5, any of them, but since things have been rough and I don’t know what’s going on and what I’m supposed to do, if I have to go there and talk trash, throw chairs through a bus, attack someone… I don’t know.

“That’s the point, I don’t know what I have to do. I go there and put on a show, I don’t turn anyone down, and I don’t have an opportunity. I think I’ll have to be the Charles that everybody knows I’m not, I’ll have to shove my opponent and curse their families, throw chairs and break things to be noted. I guess that’s what’s missing.”