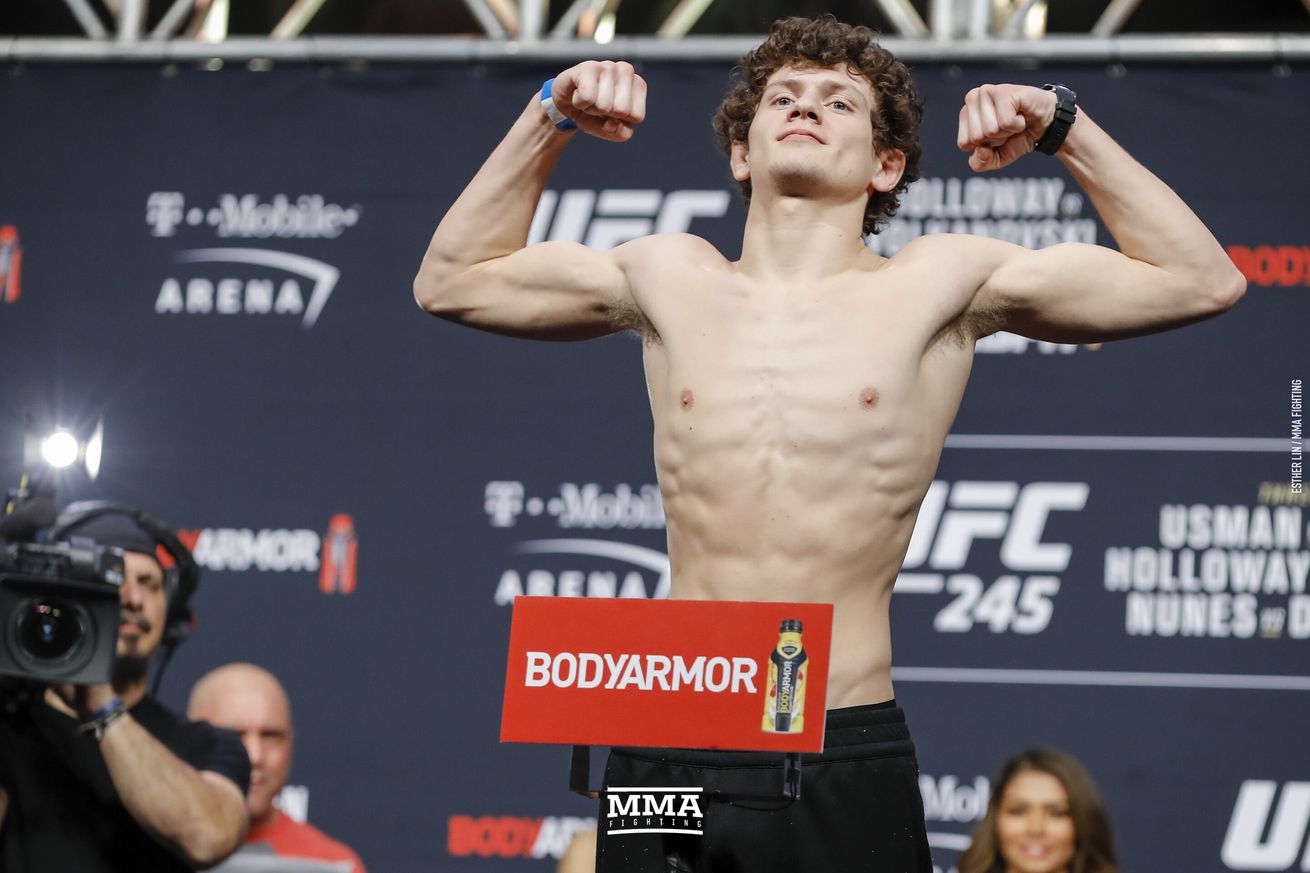 The UFC’s final PPV of 2020 has added a featherweight matchup.

Multiple people with knowledge of the promotion’s plans confirmed to MMA Fighting that Chase Hooper and Peter Barrett are targeted to square off at UFC 256. The event takes place Dec. 12 at the UFC APEX in Las Vegas.

Hooper makes his third octagon appearance and looks to bounce back from his first pro loss in a fight against Alex Caceres at UFC 250 in May. “The Dream” earned a developmental contract on Dana White’s Contender Series in July 2018. The 21-year-old went unbeaten in his next three fights ahead of his promotional debut at UFC 245 this past December, submitting Daniel Teymur in the first round.

Barrett, who also earned his roster spot on the Contender Series, hopes to secure his first promotional win. “Slippery Pete” had a two-fight winning streak snapped in his UFC debut by Youssef Zalal at August’s UFC Vegas 6 event.