Weidman (15-5 MMA, 11-5 UFC), a former middleweight champion, has stacked up one of the best resumes in the division’s history. Although he’s recently struggled, losing six of his past eight, Weidman thinks that stylistically he’s a tough matchup for Adesanya (20-0 MMA, 9-0 UFC) .

“I think that’s a tailor-made matchup for me,” Weidman said in an interview with Chael Sonnen. “Those athletic strikers – tall, lanky guys – I’ve proven that I can beat. I think pressure, wrestling, heavy punches and kicks – just nonstop pressure is what you need to beat them. That’s the recipe that beats those guys. I’ve proved that with Anderson Silva twice, (and) Uriah Hall (is) another one. Those guys are in trouble against me.”

There are two pivotal middleweight matchups upcoming between Robert Whittaker and Jared Cannonier, as well as Darren Till and Jack Hermansson, and the next No. 1 contender is expected to emerge from one of those fights.

But Weidman, who holds wins over the likes Silva twice, Vitor Belfort and Lyoto Machida, thinks his wrestling credentials and overall accolades in the division warrant a shot at the unbeaten Adesanya.

“I think that’s an exciting fight to make,” Weidman said. “If you look up and down the rankings, I don’t think there’s too many other fights that are going to excite people the way our narratives could work and what I bring to the table. It’s not any (expletive), it’s just facts.

“If you’re into MMA and you really understand the game, you look at my game, you know I present some serious trouble for Adesanya, and more than anybody’s ever had in the past. He hasn’t really fought any really great, accoladed wrestlers other than Yoel Romero, who doesn’t use his wrestling, so I don’t even count that. I’m the type of guy that will bring that pressure, and I will take him down and I’ll rag doll him on the floor.”

Photos: Chris Weidman through the years 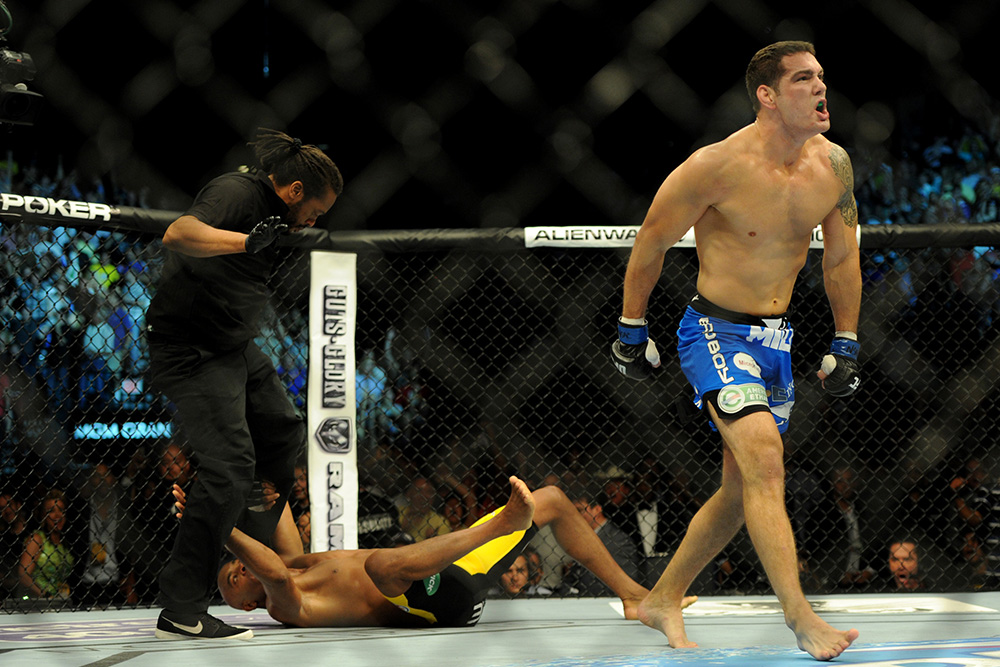