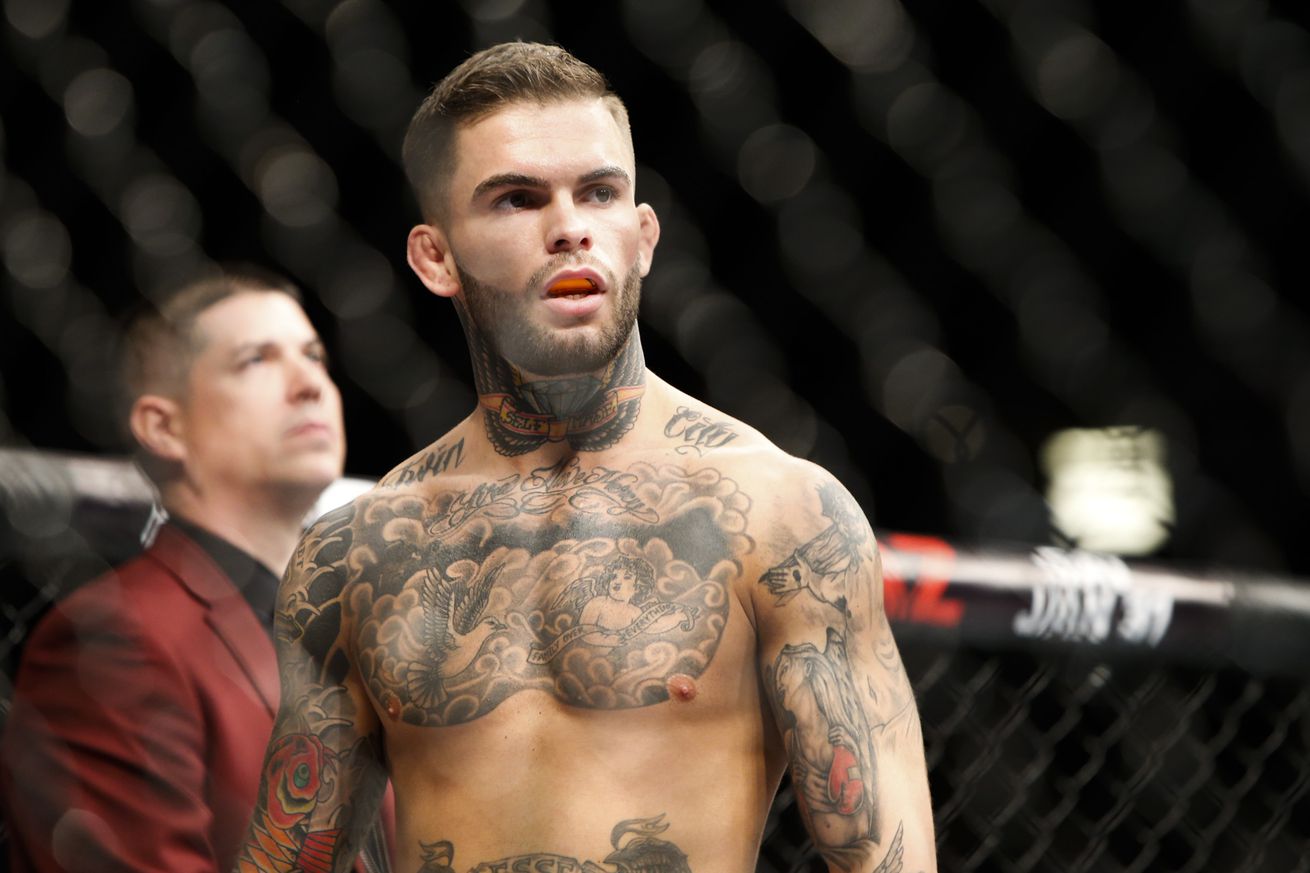 Deiveson Figueiredo has a new opponent for his first UFC flyweight title defense.

MMA Fighting has confirmed with people with knowledge of the change that Cody Garbrandt is out of his championship bout with Figueiredo (19-1), which was expected to take place at UFC 255 on Nov. 21. Stepping in for Garbrandt will be top contender Alex Perez.

On social media, Garbrandt wrote that he tore a bicep on Monday and that he expects to compete for the flyweight title in 2021.

I tore my bicep on Monday. The UFC decided to replace me but told me I’ll face the winner. Time to heal and stay ready….

I asked the ufc for a end of December fight. They decided to replacement, which is understandable but you can’t fight destiny 2021 I’ll be the World Champ.

Figueiredo became the UFC flyweight champion in his second shot at a vacant belt, defeating Joseph Benavidez by first-round submission this past July at a show in Abu Dhabi. “Deus da Guerra” has now won four straight fights.

In Perez (24-5), Figueiredo faces a challenger who is arguably more deserving of the opportunity than Garbrandt. While Garbrandt, a former champion at 135 pounds, has never competed at flyweight, Perez has won three straight in the division and holds a 6-1 UFC record. Most recently, Perez defeated veteran Jussier Formiga by first-round TKO in June.

Perez was originally scheduled to fight Brandon Moreno at UFC 255. It is not yet known if the promotion will seek a replacement opponent for Moreno.