It appears Cody Garbrandt’s quest to become a two-division UFC champion will be put on hold.

Former bantamweight champion Garbrandt (12-3 MMA, 7-3 UFC) was set to take on flyweight champ Deiveson Figueiredo (19-1 MMA, 8-1 UFC) at UFC 255 in November. But due to yet-undisclosed reasons, Garbrandt is out of the title fight and will be replaced by 135-pound contender Alex Perez (24-5 MMA, 6-1 UFC).

MMA Junkie confirmed the change with a person with knowledge of the new booking. The person requested anonymity because the UFC has not yet made an official announcement. The news first was reported by Combate.

Perez was set to fight on the same UFC 255 card ahead of the title fight against Brandon Moreno (17-5-1 MMA, 6-2-1 UFC) – who now is left without an opponent. It is not yet known if Moreno will remain on the card against a new opponent, will be booked for a new date, or perhaps stay on to serve as a backup for Perez or Figueiredo – a practice that is becoming increasingly common for the UFC for title fights.

UFC 255 takes place Nov. 21 at the UFC Apex in Las Vegas. The main card will air on pay-per-view following prelims on ESPN and early prelims on UFC Fight Pass/ESPN+.

Alex Perez makes case for UFC flyweight title shot: ‘I feel like I’m a hard matchup for everybody’

After a loss to recent title challenger and perennial flyweight contender Joseph Benavidez, Perez has won three straight fights. He outpointed Mark De La Rosa at UFC on ESPN 2 in March 2019, and in 2020 has back-to-back finishes with a first-round submission of Jordan Espinosa in January and a first-round TKO win over Jussier Formiga at UFC 250 in June – a bout he won thanks to incessant leg kicks.

Figueiredo won the flyweight title in July with a brutal first-round technical submission of Joseph Benavidez in their rematch. In February, Figueiredo stopped Benavidez with a second-round TKO, but was not eligible to win the then-vacant flyweight title because he missed weight. Three weeks ago, though, he had no weight issues and won the belt free and clear with his fourth straight victory.

Garbrandt was going to test the flyweight waters for the first time. Because of that, there was some criticism about the former 135-pound champ’s selection as a title challenger without first having fought in the division. He won the banamtamweight title against Dominick Cruz in December 2016, but lost it to T.J. Dillashaw in his first attempted title defense. He lost a rematch to Dillashaw, as well. And in March 2019, he was knocked out by Pedro Munhoz, which gave him three straight KO losses after starting his career 11-0. But in June, he rebounded in a big way with a bonus-winning knockout of Raphael Assuncao at UFC 250 before deciding to move down to flyweight for a shot at the belt.

With the change, the UFC 255 lineup now includes: 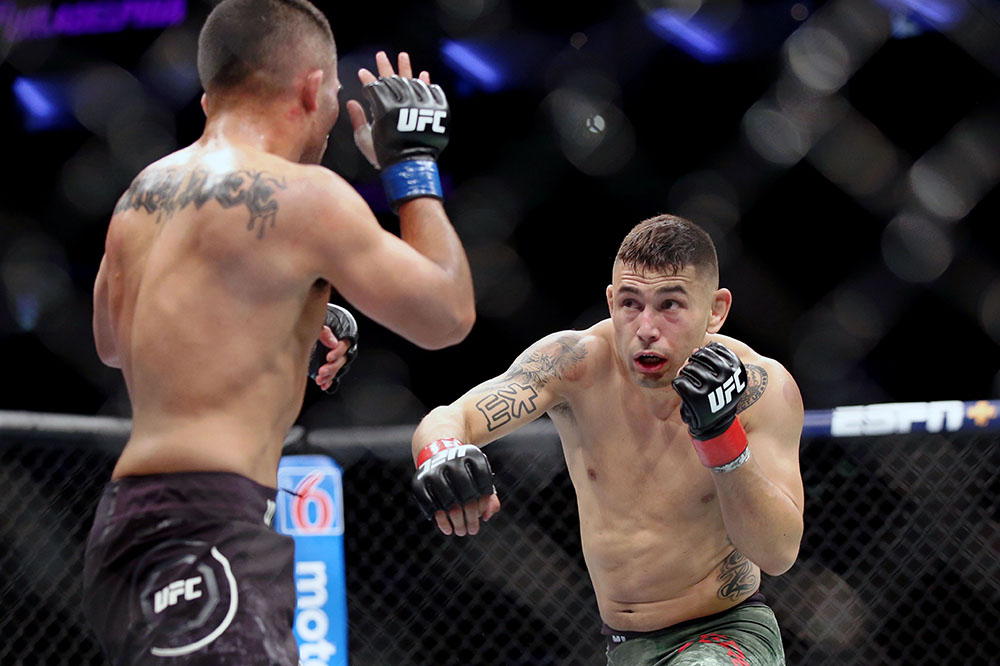 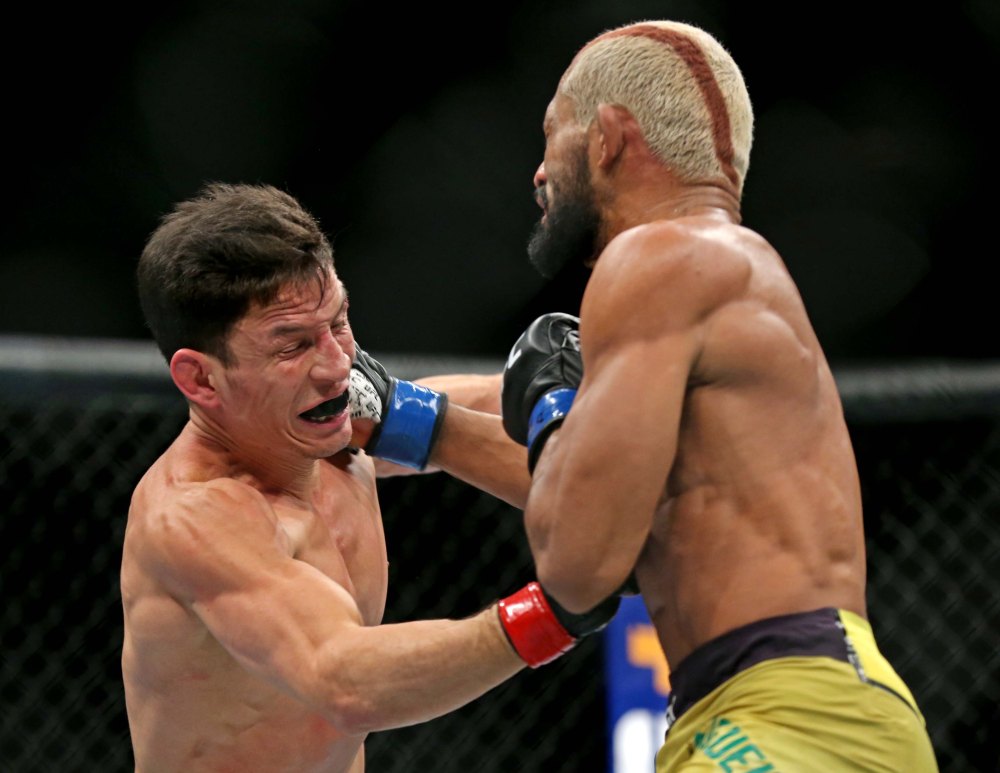