Cody Stamann is not a fan of Merab Dvalishvili’s style in the octagon, and he knows he’ll have to push the pace in their matchup.

The two bantamweights, who are vying for top contention, will square off Dec. 5 at a UFC Fight Night event expected to take place at the UFC Apex in Las Vegas.

After defeating Brian Kelleher in June at UFC 250, Stamann (19-3-1 MMA, 5-2-1 UFC) suffered a unanimous decision loss to Jimmie Rivera just a month later at UFC on ESPN 13 and will look to rebound against the streaking Dvalishvili (12-4 MMA, 5-2 UFC).

And while Stamann respects Dvalishvili’s cardio and in-cage abilities, he’s not too keen on his antics.

“I don’t ever wanna be as weird as that mother(expletive). I can be as in good shape as him, and I can compete with him in grappling, and I’m sure as hell a lot better on the feet. Out of the guys I could fight in the top 15, I think Merab is a really good matchup for me stylistically.”

Video: Ronda Rousey was in tears while eating spicy wings on ‘Hot Ones’

Stamann made it clear that his opinion of Dvalishvili has nothing to do with him as a person, but more with his behavior in the cage – especially in his last fight when he defeated John Dodson by unanimous decision at UFC 252.

“I bet he’s a super frickin nice guy, but just his in-the-cage antics are weird,” Stamann explained. “Getting hit and smiling, like he’s some pain-possessed weirdo, and then the weird yelling match him and John Dodson had. It’s like, what the (expletive)? No one was like, ‘Woah, that was cool. Did you see that? Those guys just stood in the cage and yelled at each other.’ These guys are making fighters look like they’re absolute morons, and I’m not a fan.” 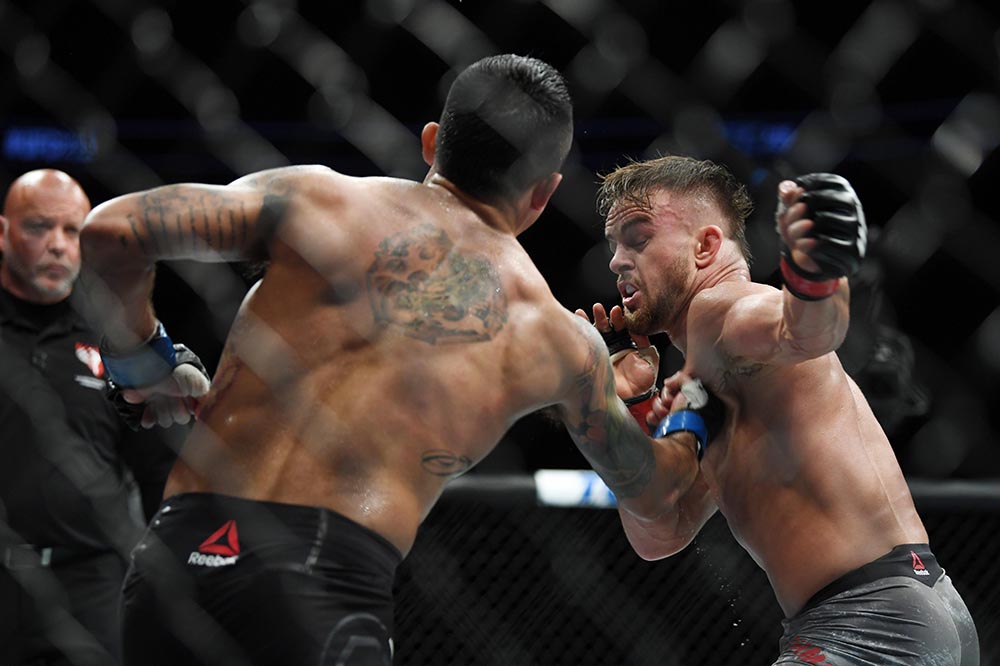