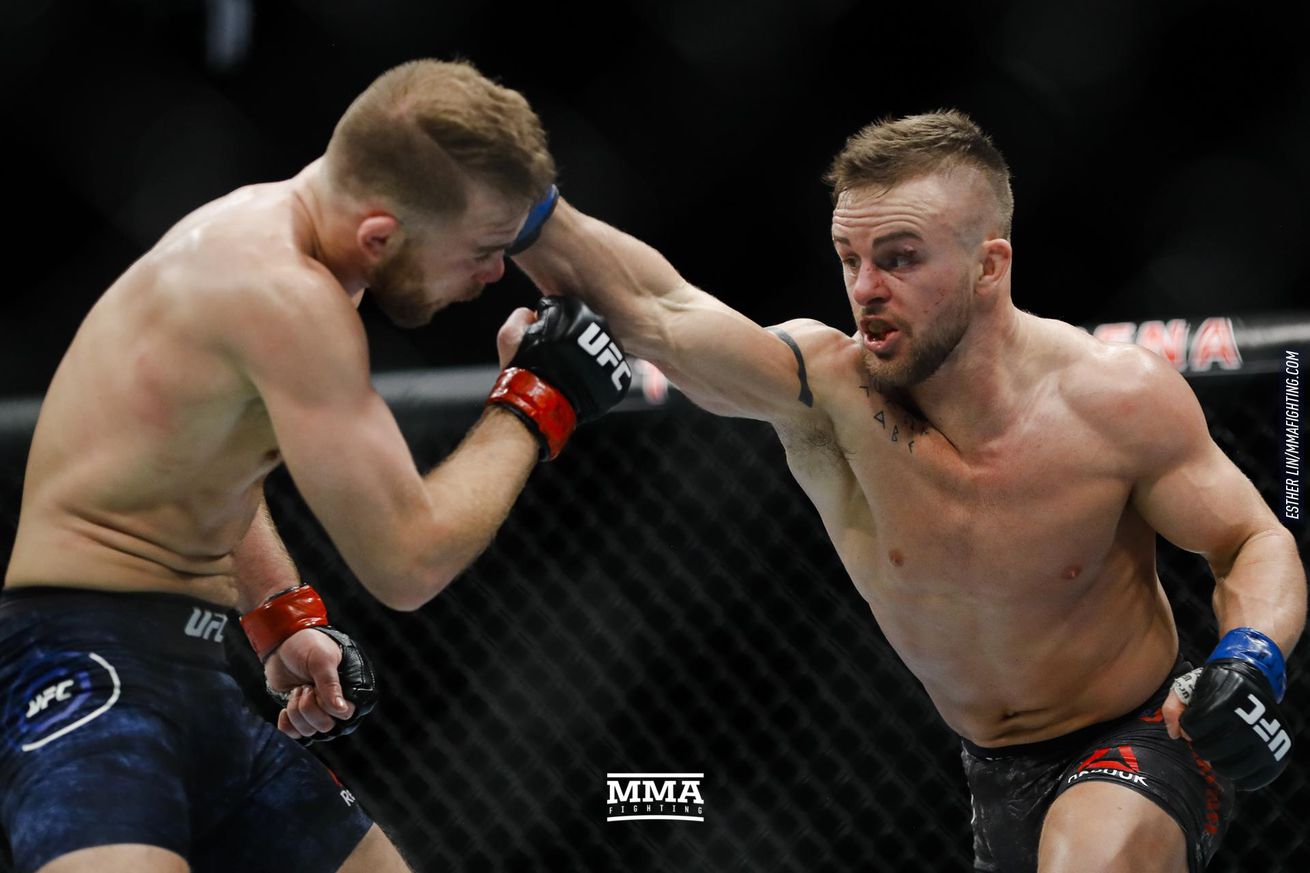 Cody Stamann has been forced out of his upcoming fight against Merab Dvalishvili on the UFC card planned for Dec. 5 in Las Vegas.

Sources close to the situation confirmed the news to MMA Fighting on Thursday following an initial report from Adjara Sport. Dvalishvili also confirmed the information in a post made on Facebook.

While Stamann is out of the fight, sources confirmed he did not personally test positive for COVID-19 as reports suggested but he has been forced to delay his return to action until after Dec. 5. Stamann has gone 2-1-1 in his past four fights including wins over Alejandro Perez and Brian Kelleher with a loss to Jimmie Rivera in his most recent outing.

As for Dvalishvili, the search is underway for a replacement opponent to face him on the Dec. 5 card.

The Georgia native has won his past five fights in a row including victories over Casey Kenney and John Dodson along the way.

The UFC card on Dec. 5 will be headlined by a middleweight bout between top-10 ranked contenders Darren Till and Jack Hermansson.