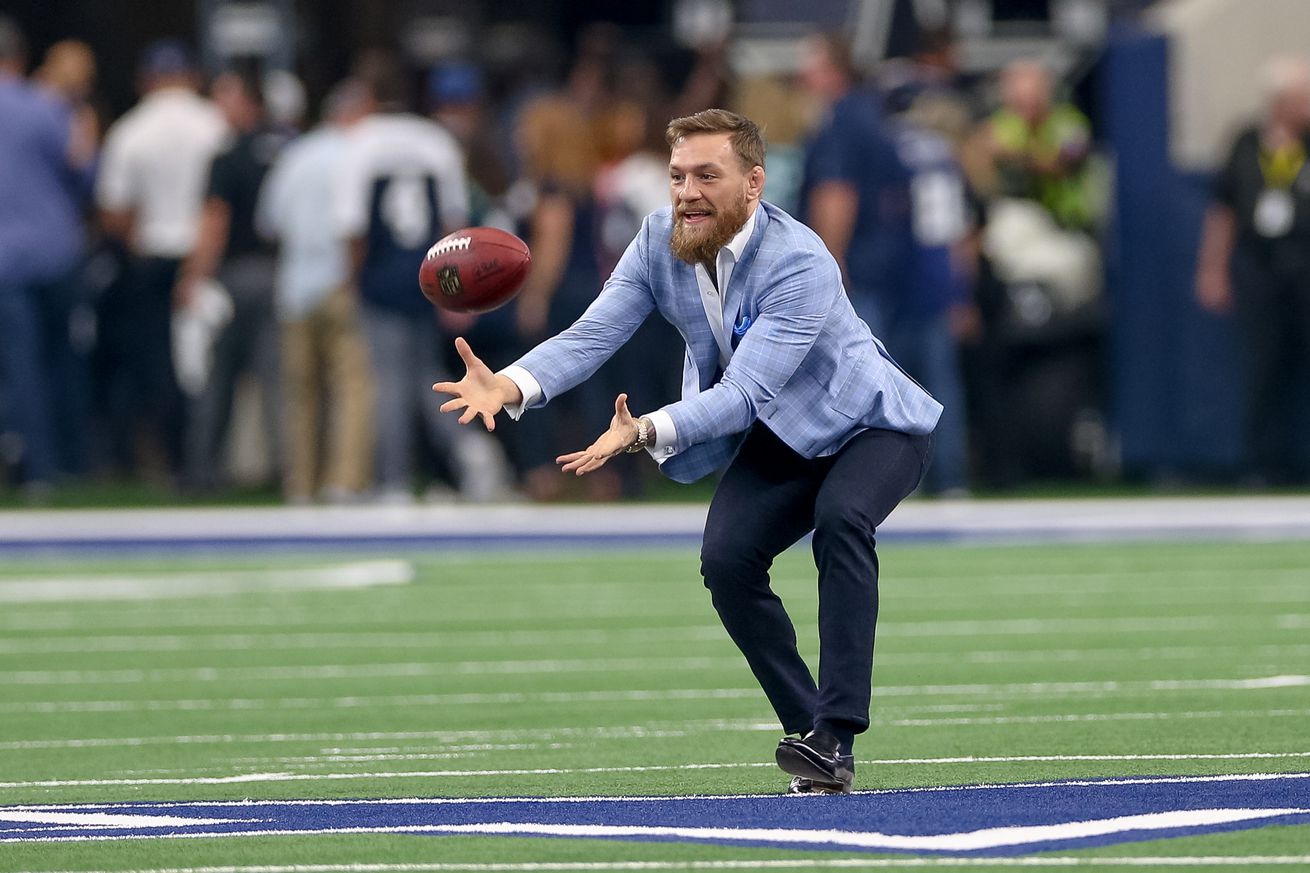 After negotiating in public with UFC President Dana White over the past month, Conor McGregor said he’s accepted a date against Dustin Poirier.

The former two-division champ on Wednesday announced, “I accept, Jan. 23 is on!” His tweet, which was up to almost 20,000 likes at the time of this writing, came after White denied his demand for a rematch with Poirier before the end of the year.

McGregor added it’s his “goal” to promote the event at AT&T Stadium – better known as Cowboys Stadium – in Arlington, Texas, where he hobnobbed with Dallas Cowboys’ owner Jerry Jones in 2018.

I accept, Jan 23rd is on!
My goal is to see this fight take place in Cowboy stadium. Proper Style! Jerry Jones is a friend and the stadium can hold our crowd. I will be ready for Texas and Texas will be ready for my fans!
Then Manny. #McGregorSportsandEntertainment

Poirier, who previously haggled with McGregor on a charity MMA fight, immediately jumped on the tweet and tried to clarify a key detail of the matchup.

Close to home for me on my birthday weekend! What weight? https://t.co/xLyWxWgFxh

After implementing safety measures aimed at stopping the spread of COVID-19, AT&T Stadium is set to open at 25 percent of capacity, allowing over 20,000 fans for the Cowboys’ football games . It’s unclear whether the UFC would move its base of operations from Las Vegas and Abu Dhabi, where they’ve implemented strict safety measures that resemble the bubbles created by other major sports leagues.

McGregor’s latest maneuver comes after he put his foot down that he wouldn’t fight Poirier in the octagon unless it was before the end of the year. The promotion was thought to have an opening on Dec. 12 at UFC 256 when a headliner between welterweight champ Kamaru Usman and Gilbert Burns was scratched for the event.

White pushed back at McGregor’s timetable, saying headliners were already in place for the remainder of the promotion’s pay-per-view schedule. He said the promotion cleared the Jan. 23 with broadcast partner ESPN.

“We offered him a fight, we got him his own date,” White told ESPN on Wednesday. “We didn’t have a date this year. We have everything laid out for this year, with world champions fighting for titles. He wants to fight Dustin Poirier apparently, so we went to ESPN and got him his own date.

Until very recently, the answer was an emphatic no. McGregor lashed out at the UFC for not keeping him busy following a knockout of Donald Cerrone in January at UFC 246, and he sought to circumvent his promoter by pushing a fight with boxing champ Manny Pacquiao. Then he sought the charity match with Poirier, aiming to cut the UFC out of the deal. Along the way, he angered White by releasing text messages of their conversations, prompting the UFC executive to pull the plug on a coaching spot and rematch opposite his longtime rival, champ Khabib Nurmagomedov.

Any move outside McGregor’s UFC contract likely would have led to a fight in court. So his answer, for now, appears to be yes.