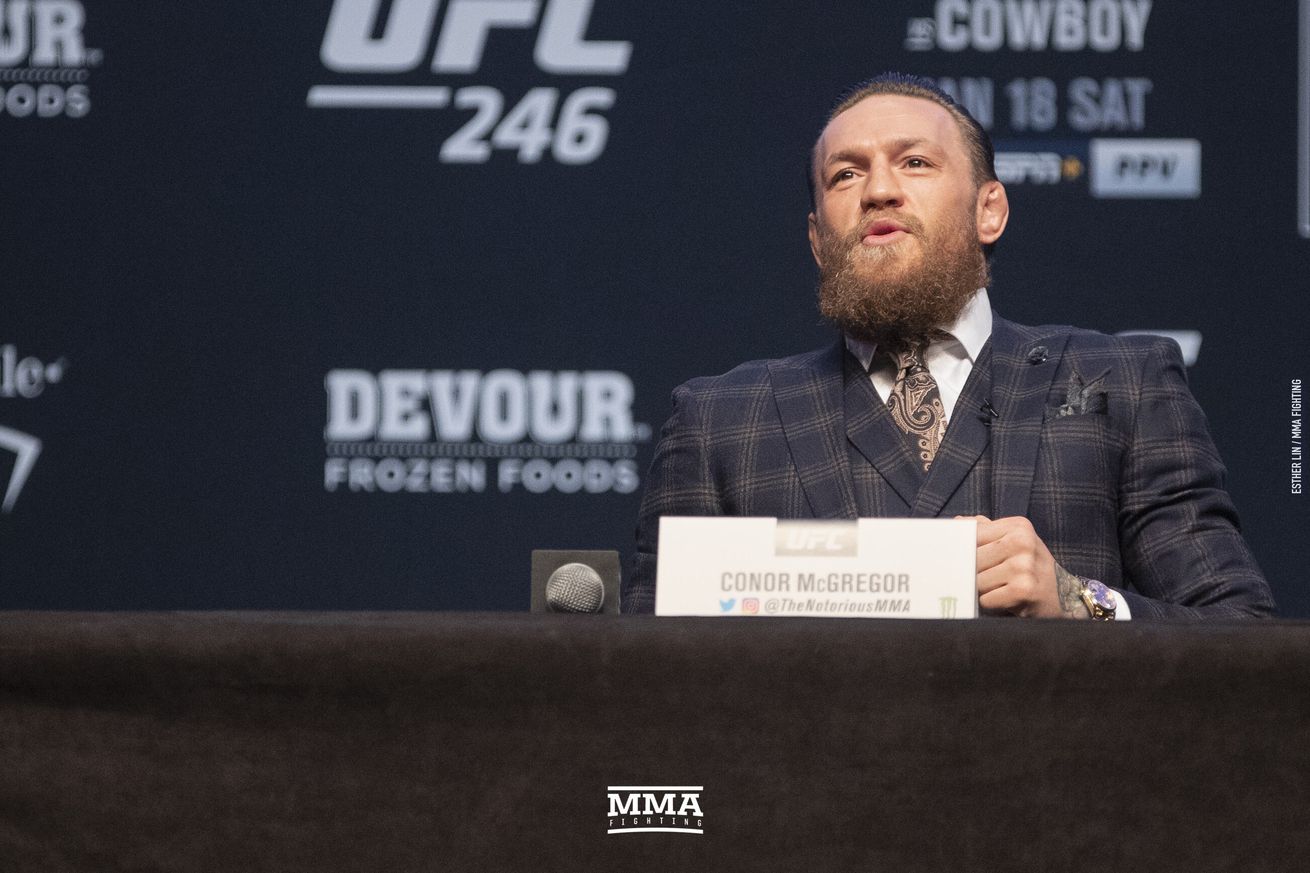 Perhaps in response to the UFC president announcing on Wednesday that the UFC is attempting to arrange an official rematch between Conor McGregor and Dustin Poirier, “The Notorious” took to social media to share a poster for a previously proposed charity bout between him and Poirier apparently in the works for Dublin on Dec. 12.

The poster describes the bout with Poirier as a “martial art sparring match” that will be “free to air” with donations going to chosen charities. McGregor and Poirier threw out the idea earlier this week, with the two UFC stars publicly agreeing to an exhibition bout that would have “zero to do with the UFC.”

White was asked about the potential charity bout during an interview with Barstool Sports on Wednesday and he said that, “We offered Dustin and Conor a fight so we’re waiting to hear back from both of them.” Multiple sources told MMA Fighting that no formal bout offer has been made, though Poirier appeared to acknowledge White’s comments on Twitter.

These dueling fight discussions have come about in the wake of McGregor revealing text conversations from February between himself and White, which McGregor claims are evidence that White has lied about McGregor not accepting certain fights. McGregor announced a retirement this past June, citing frustrations with the UFC.

McGregor and Poirier first fought at UFC 178 in September 2014. It was McGregor who emerged victorious via first-round TKO, but both fighters went on to great success in the UFC with McGregor capturing championships at lightweight and featherweight, and Poirier winning an interim lightweight title.