It didn’t take long for the oddsmakers to open a line on a potential Conor McGregor vs. Manny Pacquiao boxing match.

Following McGregor’s stream of tweets Friday, in which he claimed he’s going to box Manny Pacquiao in the Middle East, online sportsbook Bovada released odds on the potential matchup.

As for McGregor (1-0), the former UFC lightweight and featherweight champion comes in at an underdog price of +325. For those unfamiliar with gambling lines, this means a $100 bet placed on McGregor would earn a $325 reward on top of a refund should it cash.

Diego Sanchez reacts to Conor McGregor’s push for fight: Fans will be ‘begging’ for it after UFC 253

In 2017, McGregor competed in his lone professional boxing match when he took on Floyd Mayweather in a major crossover pay-per-view event. Mayweather defeated McGregor by TKO in Round 10.

McGregor, 32, has not competed in any combat sport since January, when he defeated Donald Cerrone by first-round TKO at UFC 246. Prior to that fight, McGregor’s previous bout came in October 2018 when he lost to UFC lightweight champion Khabib Nurmagomedov by fourth-round submission.

As for Pacquiao, the 41-year-old WBA champion holds a 62-7-2 record. Since he lost a May 2015 blockbuster fight against Floyd Mayweather, Pacquiao has gone 5-1. He most recently competed in July 2019, defeating Keith Thurman via 12-round split decision. 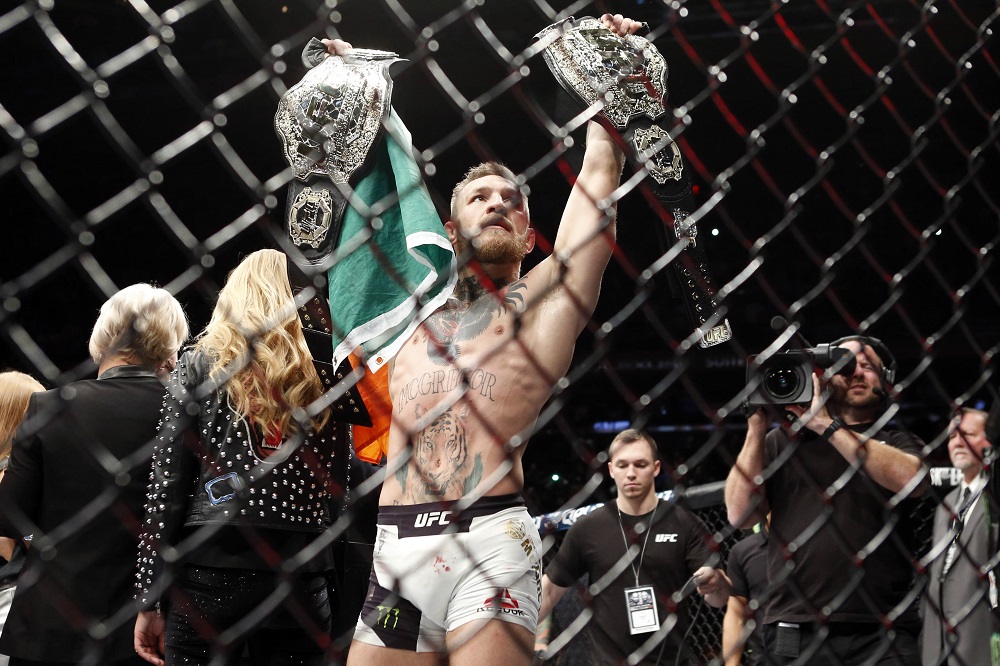