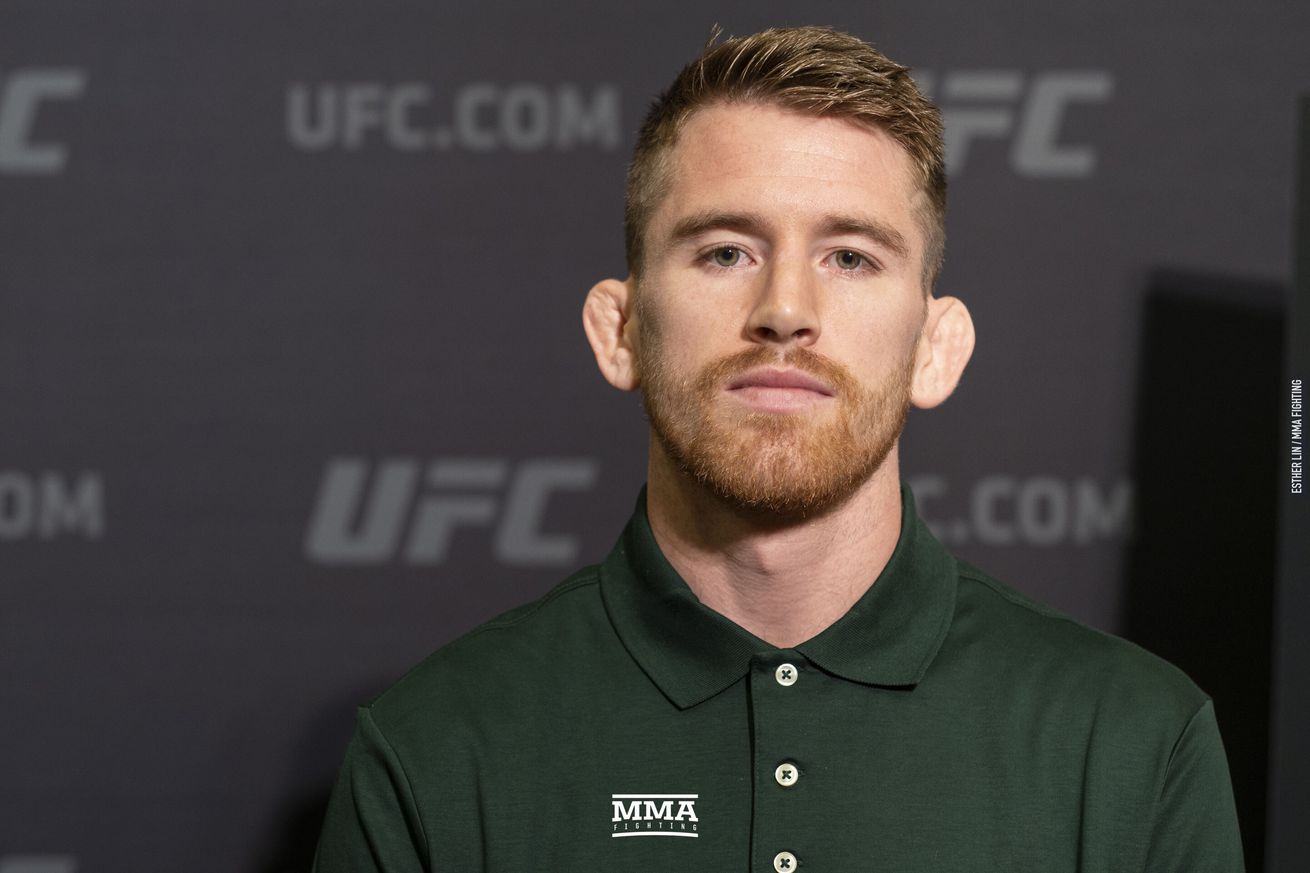 When Cory Sandhagen made his most recent UFC appearance in June, he was sitting on the precipice of a title shot with a showdown against Aljamain Sterling likely determining the next No. 1 contender in the bantamweight division.

It was everything Sandhagen had worked for in his MMA career, and he was excited for the potential reward that awaited. Ninety-eight seconds after the start of the fight, he was no longer in the running for a title shot.

After a crucial mistake in the opening exchange, Sandhagen allowed Sterling to not only take him to the ground but latch onto his back, and he tapped out to a rear-naked choke. It was just the second time he’d felt the sting of defeat.

“I know you’re supposed to use positive words when you talk about yourself, but it was pretty pathetic,” Sandhagen told MMA Fighting. “That fight was a pretty pathetic performance. But on the same side, I know what went wrong.”

According to Sandhagen, as he got warmed up backstage with the fight just minutes away, he was calm, cool and collected without an ounce of nerves rattling through his body. He wasn’t always that relaxed before his fights, but he felt confident he’d come alive at the right time when the action started.

“I didn’t go out in the correct head space you need to be in when you go out and fight,” Sandhagen explained. “You need to be at a level of intensity that allows you to perform at a really high level and it’s such an intense scenario that is an MMA fight. It was kind of the first time in a long time that I felt so calm going into a fight. I associated that with a positive thing. I thought it was a good thing that I was so calm in the back and so relaxed.

“Right when we got in there, Aljamain jumped on me really quickly, and I think that had I been at a different level of intensity, I wouldn’t have made a lot of the technical mistakes that I made. But that’s how you learn.”

It’s a common saying in MMA that fighters learn more from a loss than a win, though Sandhagen would rather not taste defeat again if he has anything to do with it.

He makes no excuses for the loss, but he definitely knows what he’s going to do different if he’s ever feeling quite so relaxed before a fight again.

“That happened in the past, but when it did happen, I was still able to win,” Sandhagen explained. “I don’t think it really got addressed. So it needed to happen. It is unusual. Usually when I go into a fight, I’m ready to hurt someone and for the fight to go in whatever way it needs to go. I’m ready to get hurt. I’m ready to take on pain. I really didn’t feel like those feelings looking back.

“Next time when I’m feeling calm like that, I’ll snap out of it,” Sandhagen said. “Have my coach slap me around maybe a little bit or do some breathing exercises before sparring now. Just make sure I’m in a good head space before I fight.”

As strange as it might sound, Sandhagen is actually glad he got that type of fight out of the way now versus later when the stakes could be even higher. As he prepares for his main event clash against Marlon Moraes at UFC Fight Island 5 this Saturday, he’s ready to bring the best out of himself again.

“I’m not too upset,” Sandhagen said. “I’m grateful that I learned that now and not down the road. I got that experience out of the way. I know how I need to be before going into a fight and I’m glad that I got to take something away from it.”