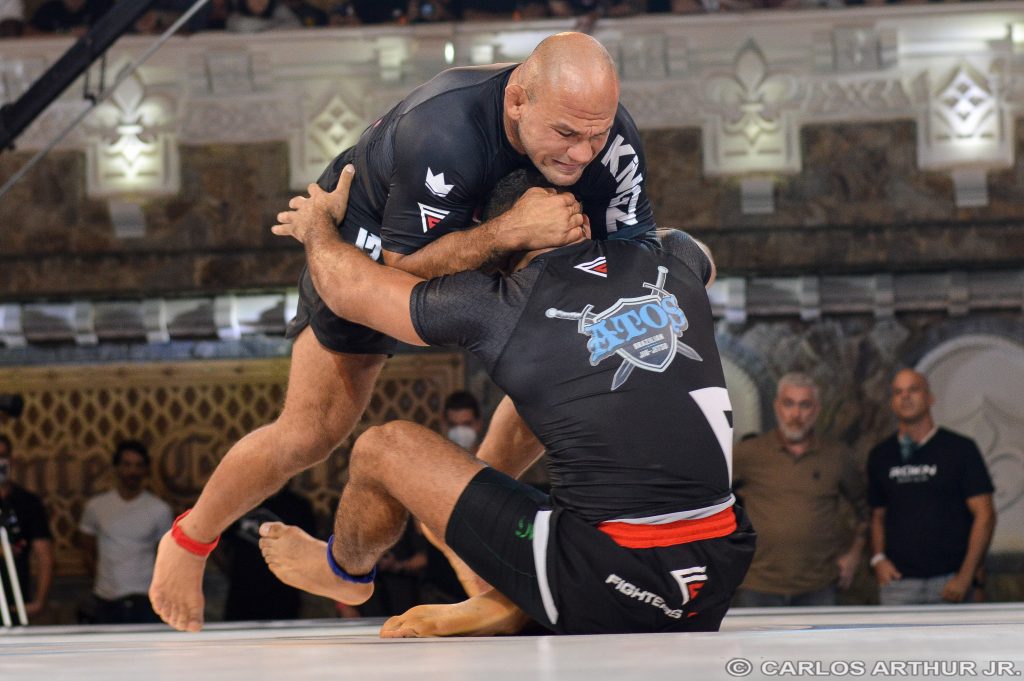 On September 6th, the 39-year-old Roberto Cyborg fought Kaynan Duarte in BJJBET’s debut event. He had split his preparation between Miami and Campo Grande, later fighting in São Paulo and celebrating his win in the Pantanal region, also visiting the towns of Miranda and Bonito.

Graciemag was with Cyborg in São Paulo and, after his fight, traveled with him to Campo Grande, where we got to witness his victory lap in his place of birth. Between visiting relatives, encountering alligators and swimming in beautiful bodies of water, the black-belt set aside a few minutes for us, making his next goal very clear: the IBJJF world title.

“It’s the only title I’m missing. I have multiple no-gi world titles, the ADCC’s absolute gold, titles from the Abu Dhabi World Pro… So I can’t let my career end without shooting for that one as well.”

GRACIEMAG: How does the energy of the Pantanal put you in better shape to compete?

ROBERTO CYBORG: I’ve already fought a lot this year. We’ve already been through a lot. But I knew I was ready. I needed to put my head and my soul in their place. It was a challenge I really wanted, since ADCC 2019. I believe that my doing that final with Kaynan, unfortunately it didn’t come, so this time we fought and it was as hoped. I needed to come here and recharge my energies. My confidence was through the roof when I left Campo Grande, with the whole vibe from my land. The training sessions were awesome. What I practiced at the gym, I knew would happen in the fight. It was almost a premonition. Before traveling to BJJBET, I told the students I had greatly improved my attacks for leg finishes, especially on the heel, and that the chance of Kaynan putting me in that position — which is a strong one of his — could give me a space to surprise him. I managed to anticipate his movement and walk out not just with the win, but with the submission of the night, as I applied that inverted heel hook. The energy and the moments lived in the Pantanal were able to be translated into victory. Extremely gratifying.

What other factors played a role in your win over Kaynan?

My experience, paired with my physical foundation, made the difference. I think I’ve never felt this well prepared; I’m in a good moment; I believe I’m in my best phase. Not to mention the reflexes and explosiveness; all of that came together so that I could take full advantage of the position and come out with the win. I said before the fight that I would go in like a sniper: I would only take the shot to finish, and that was exactly what happened. I needed only one chance to attack, and at four minutes I launched the winning attack. However, more important than being champion are the opportunities that victories give us. My mission is greater than to have my arm raised, but rather to carry other messages to the competitive community. We are living a difficult moment, people are very pessimistic, and if with my win I was able to bring them a word of tenacity and hope, it was more than worth it. I was moved after the fight because I believe in this mission. I’ve received countless messages from people saying they felt motivated by seeing me fighting and winning, even because of my age. Fighting and winning is a gift from God, and I’m eternally grateful for that.

At 39, competing at a high level and beating the world’s best, what’s left on your list?

We don’t know when the World Championship is going to be because of the pandemic, but we have a very strong gi training team, and the guys have been fiercely incentivizing me to fight. I’m very focused on no-gi, but I do believe there is some gas in the tank for another gi Worlds. It’s the only title I’m missing. I have multiple no-gi world titles, the ADCC’s absolute gold, titles from the Abu Dhabi World Pro… So I can’t let my career end without shooting for that one as well.