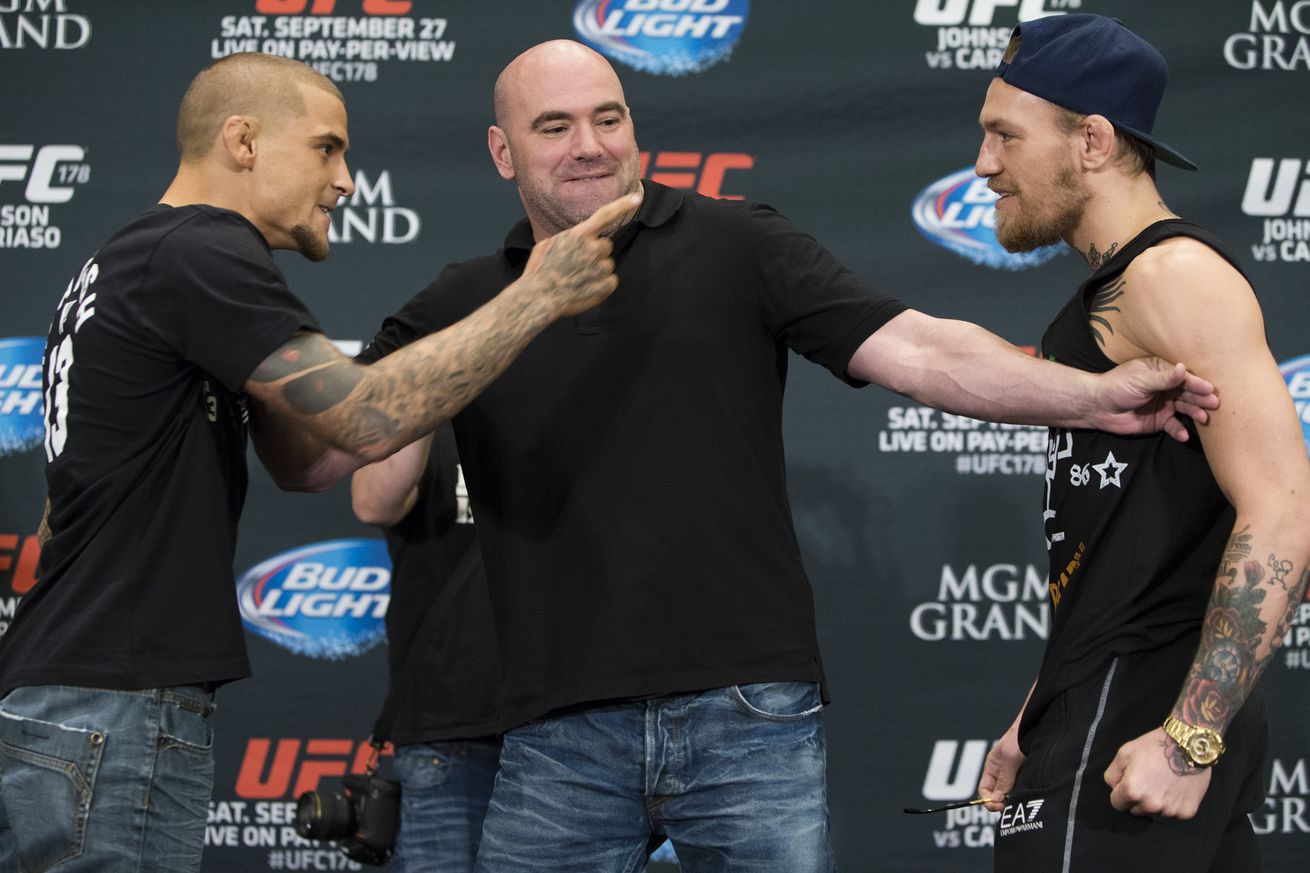 If Conor McGregor and Dustin Poirier want to fight, the UFC appears willing to make it happen.

After the lightweights essentially agreed to meet in a bout in Ireland for charity, UFC President Dana White said on Wednesday that the promotion has reached out with offers to both fighters.

According to White, he still hasn’t personally spoken to McGregor since he engaged in a back-and-forth war of words with the Irish superstar after he posted screenshots of past conversations between them about possible fights and opponents.

That said, White definitely seems interested in booking McGregor in a matchup against Poirier while adding that rumors about a potential boxing match with Manny Pacquiao have been greatly exaggerated.

“No, Conor and I have not talked outside the public stuff,” White told Barstool Sports. “I don’t know if you just saw, the Saudis went after Conor basically said that’s a lie that fight [with Manny Pacquiao] is happening and you better take that down in the next 15 minutes and we’re going to sue you. He took it down. You don’t see the poster anymore about him and Pacquiao that he posted.

“Then he called out Poirier with Conor in Dublin for charity. So we offered them both a fight. We offered Dustin and Conor a fight so we’re waiting to hear back from both of them.”

According to multiple sources speaking to MMA Fighting on Wednesday, no formal offer has been made for the fight but Poirier seemingly responded to White with a message on Twitter after hearing the news.

Poirier was most recently attached to a fight against Tony Ferguson at UFC 254 but negotiations with the promotion fell apart and the matchup was eventually scrapped.

Now it appears the UFC is dangling an even bigger carrot for Poirier to grab after he previously fought and fell to McGregor in a featherweight bout.

Obviously a fight being offered is a far cry from anything being signed but it certainly appears the UFC is interested in booking the fight as McGregor continues to tease a possible return to action after announcing his retirement earlier this year.