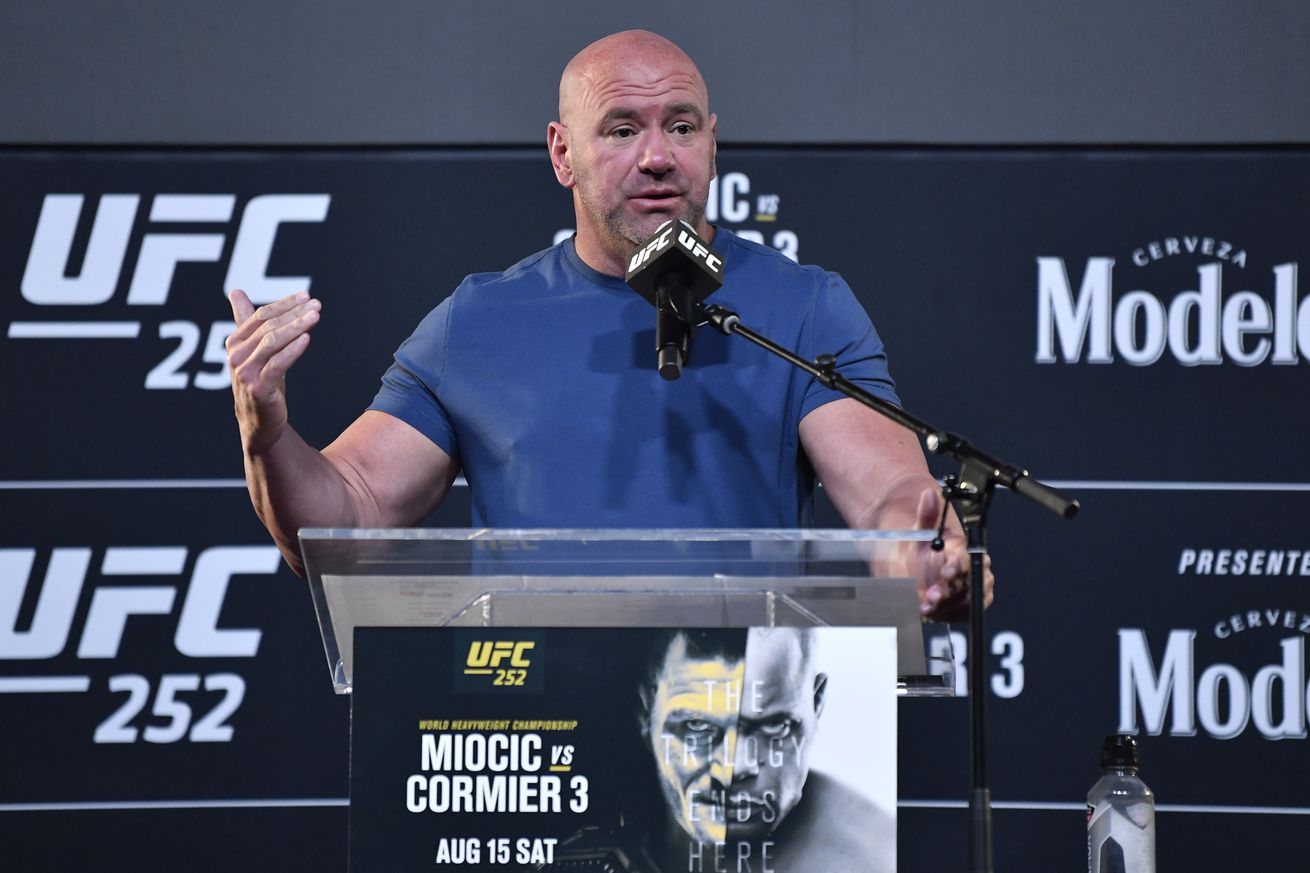 According to Dana White, Jon Jones is officially no longer the UFC light heavyweight champion.

The UFC president spoke with reporters following Dana White’s Contender Series Season 4: Week 3 and was asked about Jones’ announcement on Monday that he was vacating the title.

“It’s official, yeah,” White said. “While we were here, I actually went live on SportsCenter and announced it between one of the fights and announced all of that.”

It was also reported by ESPN on Monday that a fight between Dominick Reyes and Jan Blachowicz will take place Sept. 26 at UFC 253. Multiple people with knowledge of the promotion’s plans have confirmed the booking to MMA Fighting.

White would go on to confirm that the next big pay-per-view event will now have two world title fights, along Israel Adesanya defending his middleweight championship against Paulo Costa in the main event.

“Yeah, it’s for the vacant title,” White said in regards to the fight between Reyes and Blachowicz being for the undisputed light heavyweight title.

Moments later, the UFC officially announced that a new 205-pound champion will be crowned in the UFC 253 co-main event via their official website.

After he vacated his title, Jones said that he and the promotion had “a really positive conversation” and that negotiations for his next fight will be in the heavyweight division.

White would double down on the idea of Stipe Miocic – who defeated Daniel Cormier in the main event of Saturday night’s UFC 252 event to retain his heavyweight title – will make his next title defense against Francis Ngannou. No timetable is currently in place for that fight to go down.

As far as Jones’ heavyweight future goes, White was noncommittal.

“I know that Jon, right now, wants to take time to do things that he wants to do,” White said. “If you follow him on Instagram, he’s been doing a lot of shooting, likes to work with these attack dogs, lifts a lot of weights, and I think he’s having fun living his life a little bit. I think, when this whole heavyweight thing plays out, we’ll see what works for him.

“I don’t know, exactly, what the right outcome is gonna be but we’ll see.”