UFC president Dana White hopes to get Nate Diaz back in the octagon this year after going all of 2020 without a fight.

Diaz (20-12 MMA, 15-10 UFC), “The Ultimate Fighter 5″ winner and one of the most notable names on the UFC roster, has been quiet about his future plans in recent months.

White said he doesn’t have any firm plans for the one-time UFC title challenger, either. Ideally that will change sometime in 2021, but he knows with Diaz’s unpredictable nature, nothing is certain.

Video: Take a look at how Nick and Nate Diaz spent 2020 quarantine

Diaz hasn’t competed since he lost the “BMF” title fight to Jorge Masvidal by doctor stoppage TKO in November 2019 at UFC 244. Prior to that, he earned a unanimous decision win over Anthony Pettis in August 2019.

There were briefly discussions of a Diaz  rematch with Masvidal in late 2020 or early 2021, but the promotion appears to have moved away from that idea.

White was asked if we could see Diaz make a return for an anticipated trilogy bout with rival Conor McGregor, who fights Dustin Poirier in the UFC 257 main event on Jan. 23. It’s a matchup both men have said they expect eventually, but White didn’t express much promise that it unfolds inside the next 12 months. 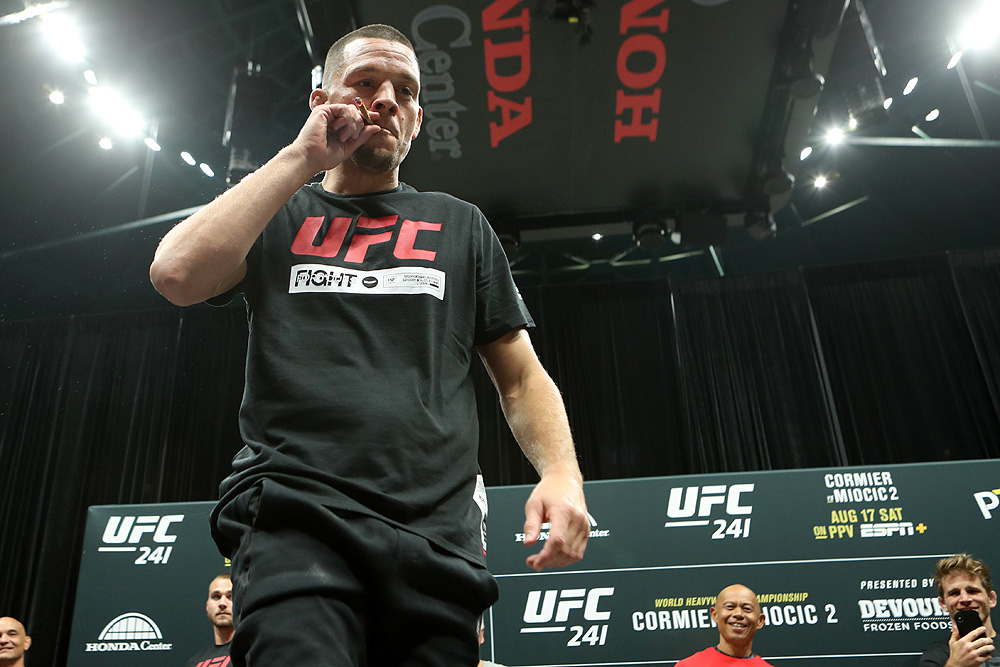