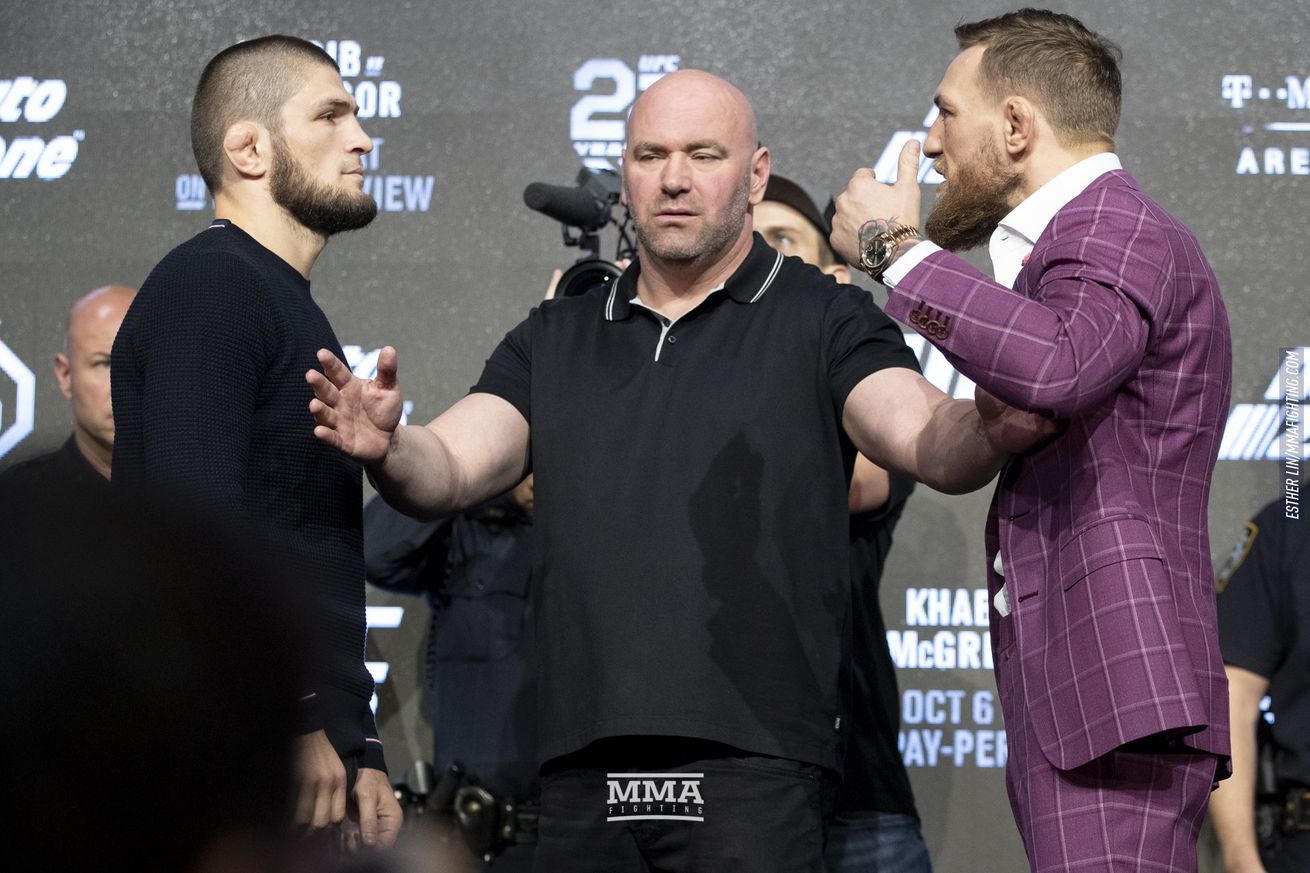 UFC President Dana White had some “fun stuff” planned for Conor McGregor in 2021, but it appears those plans are now off the table.

While McGregor is still technically “retired,” White said just recently that he was working on something for the former two-division champion as he sought to get him back in action in the near future.

Soon after McGregor touted a potential boxing match against Manny Pacquiao and most assumed that was the project White had been teasing. It turns out a boxing match was the furthest thing from his mind because White was plotting McGregor’s return while helping to relaunch The Ultimate Fighter reality series.

According to White, he was working on pitting McGregor against UFC lightweight champion Khabib Nurmagomedov as opposing coaches on the show, which would then lead to a rematch between them next year.

Sadly that all fell apart when Nurmagomedov apparently declined after McGregor went on a tirade a few days ago over social media while releasing screenshots from conversations he had with White about his return to action.

“[Khabib] was gonna do it until Conor did all this sh*t,” White told Barstool Sports. “That’s what I was saying. I felt like I was in a good place and we were going to get that done.

“We were going to do The Ultimate Fighter on ESPN and f**king do the rematch but Conor blew that.”

White says that McGregor’s outburst ultimately soured Nurmagomedov to the idea of doing the reality show with an opponent he had already defeated in 2018.

While it appears the possible Ultimate Fighter season is off, White is still interested in booking McGregor for a fight again now that it seems he’s determine to compete.

He revealed on Wednesday that the UFC has offered a fight for McGregor to now face Dustin Poirier in a rematch but nothing has been agreed upon or signed at this time.

White also fired back at McGregor after he took aim at the UFC president for saying he “turned down a fight,” which was likely in reference to a separate interview surrounding a card back in May when Nurmagomedov fell out of a bout with Tony Ferguson.

At the time, White said that McGregor was offered a chance to replace Nurmagomedov on short notice but said “I’m not a replacement fighter, I’m not going to do it.”

“Did you not see the post where he said he’s retired? Did he ever make a post and come out and say ‘what the hell is that dude talking about, I’m not retired.’”