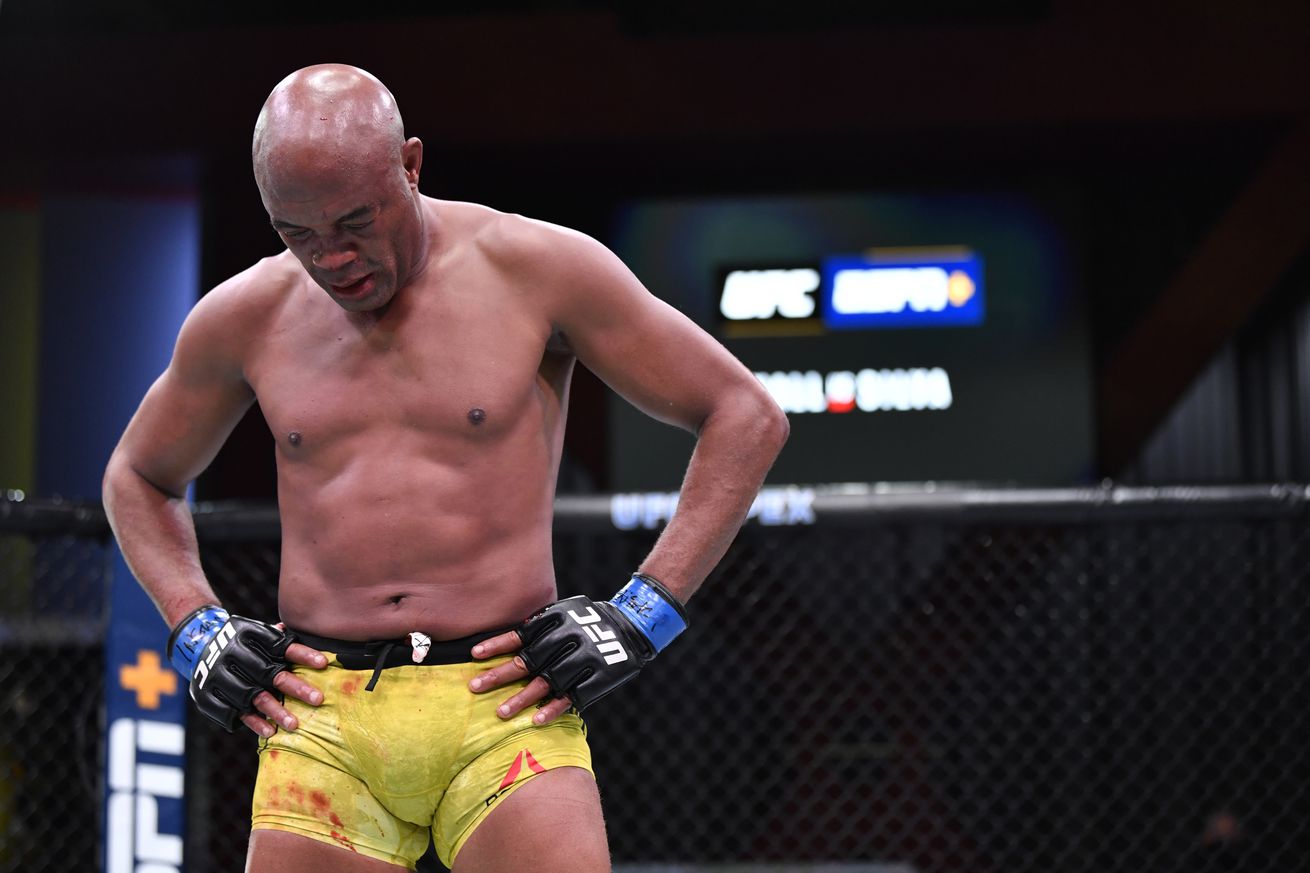 Anderson Silva’s career with the UFC is apparently finished whether he retires or not.

The former middleweight champion suffered a fourth-round TKO loss to Uriah Hall on Saturday night in what had been billed as the final fight of his career. Despite a seventh defeat in his past nine fights, Silva was still hesitant to actually announce that he was hanging up his gloves for good.

Following the event, UFC president Dana White was frustrated that Silva refused to actually confirm his retirement, especially after they had made an agreement leading into the fight.

“He’s got one [fight left on his contract] and we had a deal. When he signed this contract, we had a deal that this would be his last fight,” White explained at the UFC Vegas 12 post fight press conference. “Let me put it to you this way, this week he came out and said in an interview — and I don’t know, I don’t trust half these f**king guys in the media and how they set up questions and what they say and everything else — but all I can tell you is what I read and I know what I usually read is f**king bullsh*t so let me start here. That it used to be like a family when Lorenzo [Fertitta] was here and all that kind of stuff. We all miss Lorenzo. I will always admit that Lorenzo was the gentler, kinder side of the UFC but I’ve done nothing but be good to Anderson Silva.

“Tonight, I don’t feel good about myself that I let Anderson Silva fight this last fight. We’ve treated Anderson with nothing but respect and if you guys knew what Anderson Silva gets paid to fight, you’d sh*t your f**king pants. I think that we’ve treated him like family. I shouldn’t have let him fight this fight tonight.”

While Silva made into the fourth round with the No. 10 ranked middleweight in the UFC, White says that had more to do with Hall’s own problems in the fight rather than the 45-year-old Brazilian discovering the fountain of youth for the better part of 15 minutes.

“He fought a guy that has absolutely zero output,” White said about Hall’s performance. “They’re in a five-round main event on ESPN, they threw 11 punches in the f**king second round. You fight any of these other savages, he’ll be in big trouble and he’ll take a sh*t load of punishment. Uriah Hall threw 11 punches in the second round. Uriah Hall’s one of the most gun shy fighters in the UFC.

As much as he wanted to give Silva the chance to go out on his own terms, White admits that he should not have allowed the longest reigning middleweight champion in UFC history to return for one more fight.

“I made a big mistake,” White said. “I shouldn’t have let him fight this fight tonight but out of respect to him, he’s a legend of this sport and a legend of this company, I did something that I disagreed with.

“I knew I was right and tonight proved I was right. Anderson Silva should never fight again.”

For all the advertising that the UFC incorporated into the broadcast on Saturday night about Silva’s final appearance inside the octagon, he failed to commit to anything regarding the end of his career.

Ahead of the event, Silva made it clear that he wanted to continue fighting regardless of the outcome in his clash with Hall. He said much the same in his post-fight interview with Michael Bisping.

“It’s tough to say it’s my last or not because this my era,” Silva said. “This is what I do for my entire life.”

With one more fight remaining on his current deal, Silva is still contractually obligated to the UFC but it’s clear the promotion has no plans to offer him another opponent.

Sadly if the UFC releases Silva, White knows there are plenty of combat sports organizations across the globe that would gladly offer him another fight even if that’s not the best option for his long term health.

“I’m not trying to prevent him from doing anything,” White said about Silva’s future. “He’s a grown man and he can do what he wants. He’s got one fight left with us. I’ll never let him fight here again. I want him to retire and what my hope is, when he goes home his family tells him the same thing.

“I’m in a really hard position right now because this is a guy that I care about. This is a guy that’s been with the company for a long time. He’s a legend of this company and I don’t want to sit up here and just sh*t on him. But he’s almost 46 years old and unless you’re trying to save your f**king life or defend your family, no 46-year-old should be fighting. Period.”

If Silva doesn’t want to listen to his body or to White’s own personal plea that he should retire, the UFC president hopes his wife and children will be able to convince him not to compete again.

“I like and I respect the guy,” White said. “I just hope his family talks him out of it.”