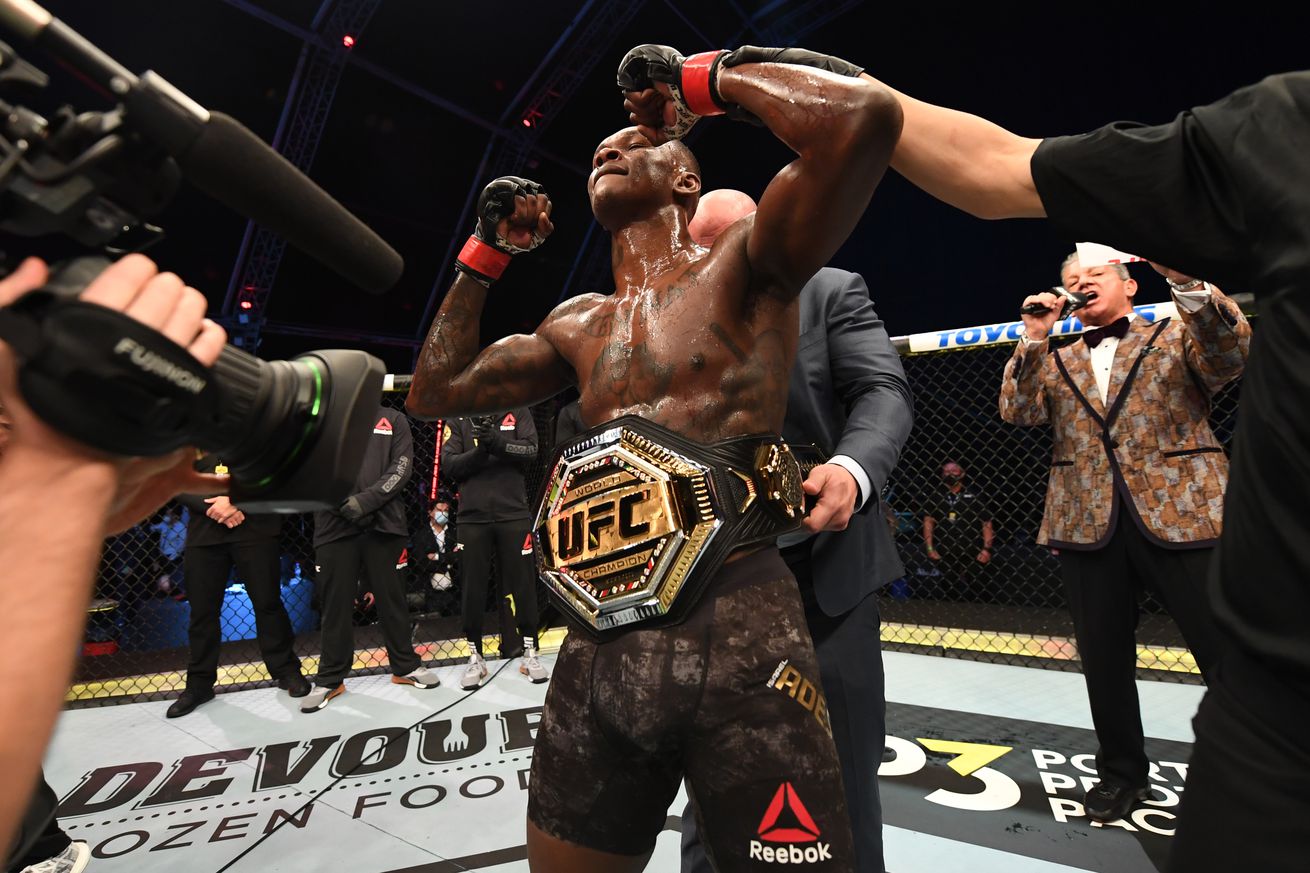 Israel Adesanya was dazzling in his title defense and Jan Blachowicz cemented himself as the new light heavyweight champion as the UFC 253 main and co-main events both ended in dramatic fashion.

While Adesanya and Blachowicz will undoubtedly enjoy their victories with a well-deserved post-fight celebration, it didn’t take long for the subject of their next fight to be raised on Saturday night.

In fact, it was Adesanya himself who made the call about the top contender in the middleweight division. He immediately turned his attention to Jared Cannonier, who’s been on his radar for the past year.

Cannonier is currently preparing for a showdown with former champion Robert Whittaker at UFC 254 in October. If he’s victorious, Cannonier should expect his next fight to come against Adesanya with the middleweight title up for grabs.

“That’s the fight if Cannonier wins,” UFC president Dana White confirmed at the UFC 253 post fight press conference. “And I love that about Israel. He’s ready for who’s next, who else thinks they can beat me. The kid is an absolute stud.”

Adesanya will undoubtedly be keeping a close eye on Cannonier’s fight in just a few weeks to see if his next opponent is secured or not.

Things aren’t quite as clear cut at light heavyweight, but there are only a few options that make sense for Blachowicz after he dispatched Dominick Reyes in impressive fashion to claim the vacant title.

The Polish veteran made it clear just after the belt was wrapped around his waist that he would like to cement his championship status by facing Jon Jones, who vacated the belt just recently with the intention of moving up to the heavyweight division.

Jones even went as far as hinting on Twitter that perhaps he could return to 205 pounds now that a challenger like Blachowicz exists for him but obviously nothing is set in stone at this point.

The other fight that could determine the next contender for the light heavyweight title will take place on Nov. 7 when Thiago Santos goes to battle with Glover Teixeira.

White confirmed the winner of that fight would earn the next crack at the new 205-pound champion unless Jones really did decide he wanted to return to his old stomping grounds.

“Those are the guys that are fighting for the next shot,” White said about Santos vs. Teixeira. “But obviously if Jon Jones wanted that fight, we wouldn’t deny Jon Jones the opportunity.”